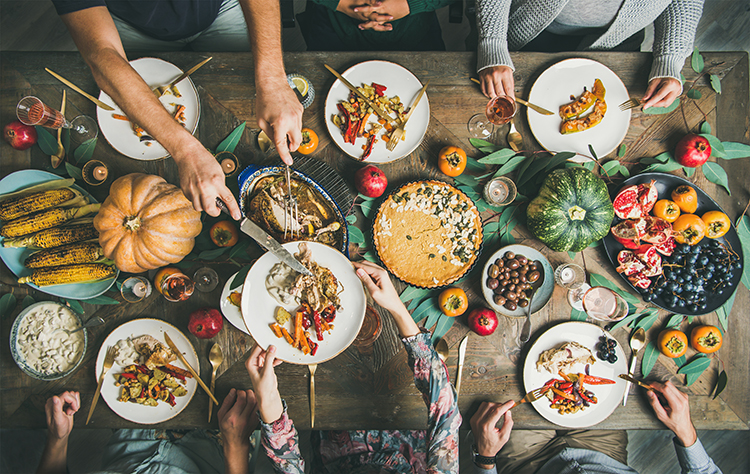 Food manufacturers face one of their busiest periods every November as Americans tuck into Thanksgiving feasts.

Thanksgiving has arrived – which means mountains of food and a chance for American families to be grateful for everything they have. This year, of course, will be different to any other, and will provide some unique and some routine challenges to the people that ensure plates are stuffed with hot food come the fourth Thursday in November. Here’s the five issues that keep food manufacturers awake at night every November:

The sheer amount of food consumed by Americans on Thanksgiving provides a stern test of production and logistics in the weeks and days leading up to the Holiday. The centrepiece of most Thanksgiving meals is the turkey. The University of Illinois estimates that 46 million turkeys are eaten in the US every Thanksgiving – roughly equivalent to the entire population of Spain. Delivering that many turkeys for one specific day is no mean feat, and the challenge has been even tougher this year due to COVID-19.

Synonymous with turkey on Thanksgiving is the cranberry that goes with it. The Agricultural Marketing Resource Centre says that America eats 80 million pounds of cranberry every Thanksgiving. That is 20 percent of the entire annual consumption of the fruit! Due to dry conditions in major growing states such as Massachusetts, industry has had a much tougher time fulfilling demand.

The probability of Salmonella  joining you at the Thanksgiving table is slim, but it’s a very real risk that manufacturers must taken into consideration. Just last year, the Centers for Disease Control and Prevention was forced to investigate an outbreak of Salmonella which affected 42 states and the District of Columbia just one week before Thanksgiving. And, in 2018 – as the celebrations fast approached – an outbreak caused 164 people to fall ill across 35 states.

Turkey farms are given robust advice when it comes to preventing Salmonella outbreaks, which include vaccinating birds and taking regular samples for testing. Luckily, there has been no reported outbreak in 2020 so far – although we’ve had our fair share of bad news to contend with already…

Interest from consumers on responsible farming methods has increased in recent years, with more people wanting to know where their turkey has come from and the life it had before it arrived on their plate. Jennie-O, one of the biggest turkey providers in the US, has recently introduced a tracking system, whereby consumers can enter a unique code on their label and trace their bird’s journey from farm to fork. Innovations like this have – and will continue to – become more commonplace, as the demand for transparency and concerns over animal welfare rise further.

More pressure is being exerted on the turkey sector from organisations such as People for the Ethical Treatment of Animals (PETA), who claim turkeys are, for the most part, horridly treated before slaughter. The National Turkey Federation disputes this, however, claiming that turkey growers “care for the animals they raise”. 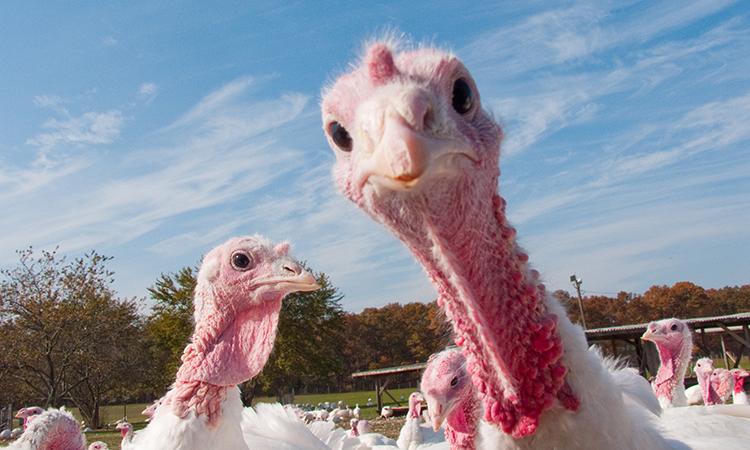 After the tireless efforts of getting the food onto American plates concludes, we must also note the enviable (and shocking amount of) waste that will follow.

The US Chamber of Commerce Foundation claims that 14 million pounds of dinner rolls are thrown away every year – that’s as much bread as the UK is estimated to purchase in one day. In total, the amount of food thrown out in the US equates to the wastage of 476 thousand tons of CO2. This is roughly the same amount it would take to fly from Los Angeles to London 500 times! There has been a real drive to reduce waste within the US food industry this year (and it’s certainly not a US issue alone), which included the promotion of leftover recipes to encourage Americans to buy less aesthetically pleasing (ie, wonky) fruit and vegetables.

The shift to meat-free meals

The trend towards vegetarian and vegan Thanksgiving menus has been a gradually rising trend, but now more than ever, manufacturers are having to consider their plant-based offering.

Products such as ‘Tofurky’ has been around for a long time, but this year, data company, Nielsen, claims this meat-alternative has seen a 32 percent increase in sales. The meat-free roast has been mocked in the past (an episode of The Simpsons joked about Tofurky back in 2001), yet major stars, such as NFL player, Cam Newton, have come out in support of a vegan Thanksgiving this year. Today, it’s fair to say the plant-based diet has become less of a trend and more of a movement. As such, manufacturers that specialise in animal-based products will need to look at how they can adapt their offerings if they are stay ahead of the curve.