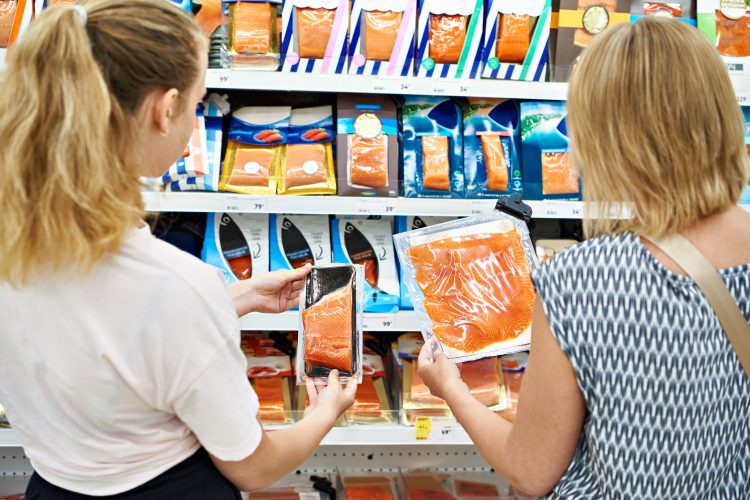 Ahead of the publication of the Marine Stewardship Council’s (MSC) new Fisheries Standard, research commissioned by the On The Hook campaign has revealed that consumer expectations for seafood ecolabels are high.

The MSC is a seafood organisation that is responsible for 14 percent of certified marine catch globally, according to On The Hook. However, the initiative says there have been concerns around whether the MSC has been delivering against its goal of ‘oceans teeming with life’.

The research included responses from more than 2,000 British adults, 40 percent of whom said they purchase eco-labelled food products.

The research revealed that 62 percent of those surveyed felt that an ecolabel means that a seafood product was not caught using a high-impact fishing practice, such as bottom trawling, while the same number said methods which catch large numbers of non-target species, such as sharks and turtles, should not be used for products labelled as eco.

Just less than half (48 percent) of respondents believed an ecolabel to mean that the seafood does not come from a fishery where sharks are killed by finning.

For the respondents who purchased ecolabel products either ‘exclusively’ or ‘sometimes’, the expectations related to the products were significantly higher.

Forty percent of those questioned indicated that they purchased eco-labelled seafood products, and of that percentage, 78 percent considered the label to mean that such seafood should not use methods that accidentally catch large numbers of non-target species. For methods such as killing sharks by finning, 65 percent within this category said this technique should not be implemented.

Warnings to consumers from campaign groups

Whilst many consumers have their own assumptions about what ecolabels mean, campaign groups, including On The Hook, claim that such labels can differ wildly from consumer expectations with certified fisheries.

Variations can include the use of bottom-towed fishing gear such as trawls (even supertrawlers) and dredges, high levels of bycatch (including of vulnerable or threatened species), and in some cases, shark finning. All of which were features many consumers did not associate with ecolabels.

On The Hook has also highlighted its concerns regarding the MSC’s ecolabel, claiming it uses a definition of sustainability which reflects stock status, without incorporating the human or climate impacts of fisheries.

Looking into this, On The Hook’s review found that 77 percent of respondents felt that the MSC’s use of the term ‘sustainable’ was not appropriate. Commenting on the public polling results, an On The Hook spokesperson said: “These public polling results further reinforce our view that there is a fundamental mismatch between what consumers expect from an eco-labelled product, and the reality of certified fisheries.

“Ecolabel heavyweights such as the Marine Stewardship Council should take stock of these results and re-evaluate whether they are delivering what seafood consumers need from them.”

Environment and working conditions: What consumers expect from ecolabels

The survey also observed interesting results among consumers’ interpretations of sustainable ecolabels around working conditions and environmental impact, with expectations of those who purchase seafood donning such labels, again, being much higher.

Overall, On The Hook’s research revealed that 62 percent of respondents believed an ecolabel should mean there is limited or no damage to the environment as a result of catching seafood.

While 44 percent of respondents believed an ecolabel to mean that there are limited carbon emissions associated with catching the labelled seafood product, of the respondents who indicated they bought eco-labelled seafood, this rose to 57 percent.

Furthermore, of the general responses, 38 percent believed ecolabels to mean basic human rights are upheld, 36 percent that no forced or child labour is used in the fishery, and 30 percent that living wages are paid for all labour in the fishery. Among those who buy eco-labelled seafood, this increased to 52, 49 and 41 percent respectively.

Regarding the responsibility for guaranteeing the sustainability of an eco-labelled product, the survey showed that 47 percent thought it lay with the standard-setting organisation granting the label, whereas 34 percent accredited this responsibility with the retailer of the seafood.

“MSC is facing a public credibility crisis as it has dropped the bar for certification too low,” said a spokesperson for On The Hook. “If this is not addressed by the new Fisheries Standard, all those associated with the label risk reputational damage – it is therefore in the interest of the whole of the industry and conservationists alike to push MSC to raise the bar and deliver what is needed of it.”

Full details of the responses can be found here. We have also included some links below for further reading.