A survey has revealed how people in Britain store their food, and the heated arguments that can stem from a difference of opinion. 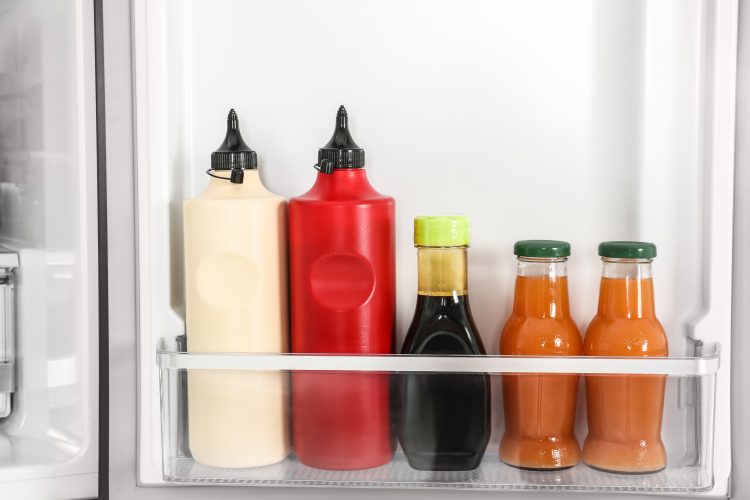 Does your fridge look like this, or are you on #TeamCupboard?

Certain food items have an obvious home, like milk in the fridge and ice cream in the freezer, but the storage of chocolate, ketchup and onions seems to be less clear-cut as British electric goods retailer Currys found out when it surveyed more than 2000 Brits to explore where people are storing their food.

The study asked 2,026 people in the UK where they store food items, and discovered the controversy it can cause.

“Chocolate is best stored in a cool, dry place such as a storage cupboard. When chocolate is removed from the fridge and the condensation created returns to room temperature, it causes a phenomenon called sugar bloom – the white powdery coating on the outer surface of your chocolate,” said microbiologist, Dr Jonathan Hughes.

“Store your bread in a bread bin, as a cool dark place allows for good control of humidity. Bread goes stale quicker in the fridge as it causes the starch molecules in the bread to recrystallise faster than at room temperature.”

The study also found that to some, the use-by date is more like a guideline rather than set rules and to others, they’re as good as law. It was found that one in 10 Brits have given themselves food poisoning in the past, due to this.

“Giving food a sniff is a useful test to tell if food has spoiled,” said Dr Hughes. “Taste can also be a good identifier of spoilage. I’d still recommend using your other senses first. Look for discolouration or the formation of moulds and try the old sniff test first. Also, touch can be informative, if you have chicken that feels slimy, it’s time to throw it away. If you’re tasting food that you suspect to be off and the taste seems off, don’t consume it.”

While some use-by dates are very clear, like the ones on meat and dairy, some of them, such as ketchup and mayonnaise, aren’t common knowledge. Because of this, almost a quarter of Brits will keep their ketchup for up to six months, despite Heinz Tomato Ketchup bottles stating it should be refrigerated once opened and eaten within eight weeks. 17 percent of Brits admit to keeping their mayonnaise for up to six months even though Hellmann’s Real Mayonnaise recommends using the product within half of that time.

“Ketchup is acidic due to both the tomatoes and the vinegar it contains, which significantly inhibits bacterial growth. Ketchup usually comes with a best before date of about a year unopened and eight weeks in the fridge once opened. However, it is highly resistant to bacterial growth, lasting up to six months after opening,” Dr Hughes revealed.