In an engaging panel held at Twickenham Stadium as part of New Food’s Food Safety Conference 2022, experts came together to debate whether food allergy regulations in restaurants are sufficient. Here’s the highlights. 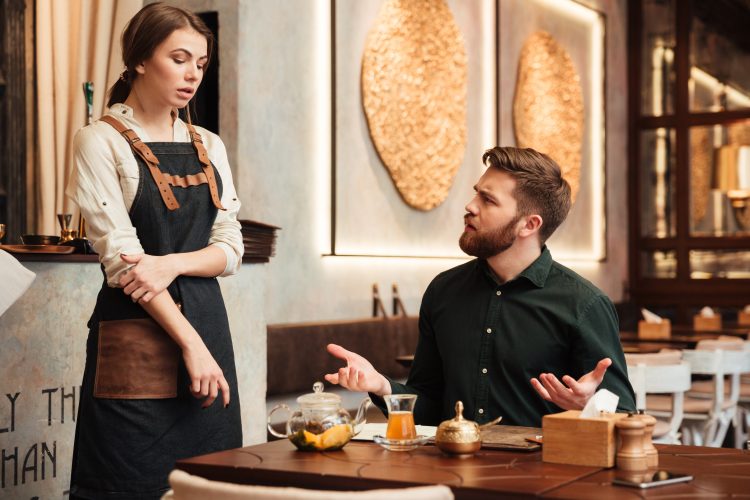 Are restaurant allergy restrictions too strict? Is the signing of a declaration form upon entering a restaurant lawful? Who is to blame for an allergic reaction caused by lack of communication? 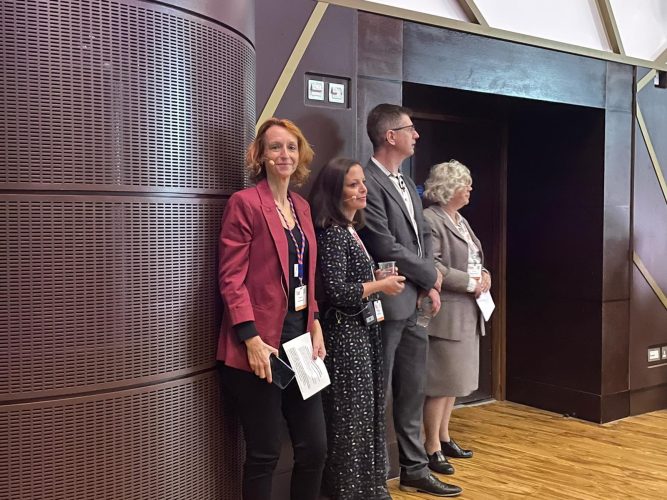 Kicking the discussion off, Polo-Richards, a mother of children with allergies, stated that finding restaurants with reliable and trustworthy allergy knowledge was “hit and miss” and as a consequence, eating out with her children was a “nerve wracking” experience.

Although she believes current laws on allergies are up to scratch, she explained the application of these laws in a restaurant setting is often inconsistent.

In the UK, the Food Standards Agency (FSA) has stated that “food businesses must inform you under food law if they use any of the 14 [major] allergens as ingredients in the food and drink they provide”.

Ferris was of the opinion that restaurants need to be proactive about allergen regulations. He stated that restaurants can do this by providing information orally to each server, so that they have an in-depth understanding of the measures in place that need to be utilised across all restaurants.

He also endorsed the use of food safety management systems as an alternative to oral communication, which would allow information regarding allergens and how to prevent cross contamination to be readily available to those working in hospitality.

Currently, UK restaurants must provide written information on allergies, but this doesn’t have to be on the menu, it could be on a separate information pack or via a notice on display.

As Ferris highlighted, there are existing repercussions for restaurants should they serve food with undeclared allergens, and, in some cases, restaurateurs can be prosecuted.

Within the hospitality industry, it can sometimes be difficult to pinpoint where the blame lies should someone experience an allergic reaction. Some may argue that those with food hypersensitivities have a responsibility to declare they have an allergy when eating out or ordering a takeaway, but there have been studies to suggest that those with allergies (especially younger people) may feel embarrassed to speak up, or not mention their allergies if they have eaten somewhere before. In fact, this was the focus of a recent FSA campaign which sought to encourage young people to “speak up for allergies”.

Others will say that it is a server’s responsibility to make customers aware of all potential allergens and ask their table if anyone has any allergies.

In any case, with a number of high profile allergy deaths making headlines in recent years, it is evident something more needs to be done to eliminate the chances of reactions and fatalities.

With the introduction of Natasha’s Law, which came as a result of the death of Natasha Ednan-Laperouse from an allergic reaction caused by a prepacked baguette, any food business selling pre-packed for direct sale (PPDS) foods must now include full ingredients on the product label with allergenic ingredients emphasised within that list. While this has the scope to help in takeaway outlets, navigating allergies in the restaurant sector is a little more difficult.

The panellists agreed that there are complexities when it comes to Natasha’s Law, particularly with cafes and restaurants. Though Natasha’s law states that all pre-packaged food must contain a full ingredients list, there is no current law to enforce restaurants and cafes to provide a similar comprehensive list on menus.

In 2017, Owen Carey died after eating a burger which contained buttermilk. His family have since launched a campaign calling for ‘Owen’s Law’, which would see restaurants in the UK legally obliged to include information about the top 14 allergens on the face of their menus. Similar to how food and drink items in supermarkets work and now PPDS. 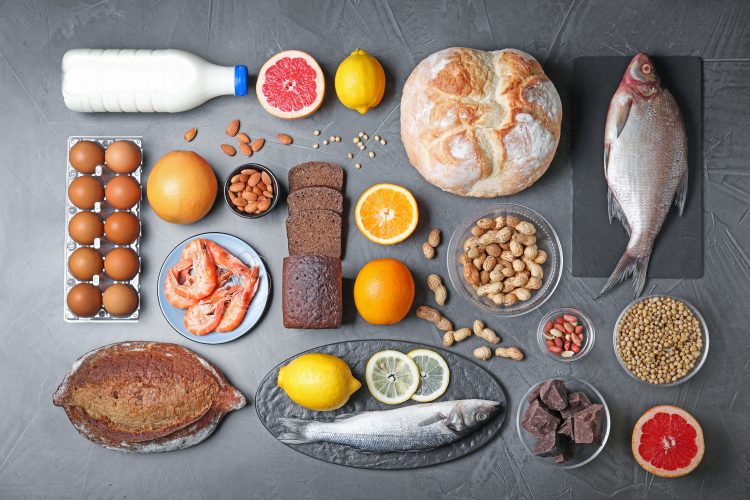 The UK’s 14 top allergens include gluten, fish, peanuts and eggs.

Polo-Richards told New Food that “whilst Natasha’s Law has brought a lot of consistency of information when it comes to pre-packaged food, there is still a long way to go when it comes to  restaurants and cafes”.

When asked whether the introduction of a regulatory framework such as Owen’s Law would be feasible in restaurants, Polo-Richards said, “Whilst I understand this might prove to be a challenge to food venues whose menus change on a regular basis, or offer special daily dishes, this feels a natural step forward in improving diners’ experiences and also protecting businesses.”

Meanwhile, food allergic chef and catering consultant, Stella Holt (and the moderator of the debate), explained to New Food: “There needs to be a full ingredients list for every dish on a menu, with a breakdown of sauces and accompaniments.

“Every chef has to know what ingredients they are using, and they should be written down anyway, for the consistency of quality for each dish. It is not possible for staff to remember every ingredient of every dish on a menu, especially when under pressure of time and customer questions.”

Similar to the opinion of Polo-Richards, Holt concluded: “It is possible to introduce such a regulatory framework. There would most definitely be some kick-back from the hospitality industry, but they must understand that they are at risk from two main issues, 1) harming their customers and facing legal action, 2) loss of business because they refuse to accommodate food sensitive diners.”

Lending her lab expertise, Romero highlighted several steps that restaurants could take to ensure the safety of their customers. Firstly, she noted that is it essential to eliminate cross contamination.

“[Chefs] must check that surfaces after cleaning are completely clear,” she stated. This is because failure to wash utensils and surfaces thoroughly can allow potentially harmful traces to remain in the cooking environment.

There is work ongoing into quick result swabs that determine the cleanliness of a worksurface, according to Romero. Using such a tool could help restaurants to be safer and reassure consumers with hypersensitivity. “[Chefs] could take swabs and get results in five minutes to confirm that the area is safe,” she ventured.

Although these tests are not yet available, Polo-Richards declared that they would be “life-changing” to those who have allergies.

However, it is important to note that these swabs would not be able to guarantee that there is zero trace of allergens, rather they would determine what level of risk the surface might be.

A very interesting question posed from an audience member, raised the idea of a consumer with food hypersensitises signing a declaration. In response, all speakers agreed that being asked to sign such a document upon entering a restaurant is not an effective prevention method as it can make the customer feel pressured and accountable to blame should they have an allergic reaction.

Ferris urged businesses instead to orally communicate with their customers, discussing their allergies with them and being transparent about the threat of cross contamination.

Do we need better allergy training in restaurants?

As an alternative method to signing a declaration upon entering a restaurant, the speakers discussed the benefits of thorough allergy training for those who work in the hospitality industry, ultimately agreeing that it would be best way forward.

“If you want to open a trade that involves serving food to customers then yes, absolutely, there should be some sort of training,” commented Polo-Richards.

Even though the FSA has stated on its website that “food business operators must make sure that staff receive training on managing allergens effectively”, Polo-Richards concluded that “more needs to be done to regulate what allergy training means”.

So are restaurant regulations strict enough? Most likely. Are restaurants taking them seriously? Perhaps not all of them. What’s needed? Better staff training and possibly a new law. What are your thoughts? Let us know in the comments.