20 years of the Food Standards Agency

As the FSA celebrates two decades, Steve Wearne, FSA Director of Global Affairs, recaps some of the Agency’s key successes.

My career at the Food Standards Agency (FSA) is as old as the department itself – 20 years as of April 2020. Recruited as Head of Private Office in January 2000, my remit has since then spanned chemical contaminants, animal feed, regulatory approaches, policy, science and Wales before my current role as Director, Global Affairs.

While the Agency – and the issues it deals with – have changed, our values have been steadfast: putting the consumer first, using science and evidence based information, and being a trusted, independent voice. Here are some of highlights from the past 20 years:

2000 – Creation of the FSA and commitment to openness and transparency

After a series of high-profile food incidents in the 1980s and 1990s, one of the first acts of the new Government in May 1997 was to publish a green paper on food standards. This led to the creation (in April 2000) of the FSA as an independent Government department working across England, Wales, Northern Ireland and Scotland to protect public health and consumers’ wider interests in relation to food. At launch, the FSA made a commitment to operating openly and transparently, with board meetings held in public, and a wide-reaching Code of Practice on Openness.. This committed the FSA to publish all the advice it gives to other parts of Government – ground-breaking for its time, and still so now.

In 2005 we launched ‘Safer Food, Better Business’ to help small and micro businesses to adopt good food safety procedures. Designed to meet the needs of different types of businesses – including small catering companies, small retail companies, restaurants and takeaways – this guidance continues to be a core part of our offering and most restaurant kitchens now have a printed copy. In 2019 alone there were almost 800,000 unique page views to the ‘Safer Food, Better Business’ page on the FSA website and more than 700,000 downloads of the guidance. You will see the same ethos of making it easy for food businesses to comply with regulation reflected in our current #FSAHereToHelp initiative.

The FSA led on the initial development of a voluntary multiple traffic light label on prepacked foods through extensive consumer research and broad consultation. The traffic light label shows, at a glance, whether food is high (red), medium (amber) or low (green) in fat, saturated fat, sugars and salt, as well as the total energy (calories and kilojoules) provided. 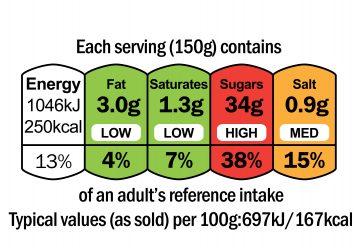 The traffic light system, now widely used in the UK and several countries overseas, was designed to encourage consumers to look for and demand healthier food, as well as offering an incentive to businesses to produce this kind of food.

We continue to advocate for the use of traffic light labelling. For example, with our recent consumer campaign in Northern Ireland known as ‘Check the Label’. This has encouraged consumers to use front of pack nutritional labelling and highlighted the nutritional value of commonly purchased foods.

The green and black Food Hygiene Rating Scheme stickers in the windows of restaurants, takeaways and grocery stores are probably the most visible sign of the work we do in partnership with local authorities to keep people safe. In 2010, we launched the scheme across England, Wales and Northern Ireland to provide the public with information about the hygiene standards in food businesses. Displaying the stickers became mandatory in Wales from November 2013 and Northern Ireland from October 2016.

And it works. Standards have improved – business achieving the top rating of 5 went up from 53 percent in 2013 to 72 percent in 2019. Our research also shows that businesses with higher ratings are less likely to be responsible for outbreaks of foodborne illness.

In 1986, radioactive contamination from the Chernobyl nuclear accident fell on upland areas of the UK which led to controls on 9,800 sheep farms in these areas. These controls restricted the movement, sale and supply of sheep in areas where contamination levels in sheep meat could potentially cause a risk to public health. These were gradually removed, with some areas of Cumbria and North Wales the last to have the restrictions lifted. Following a review and risk assessment which showed a very low risk, the FSA removed controls on the last 300 upland sheep farms in both countries in 2012.

In 2013 the Food Safety Authority of Ireland detected horse and pig DNA in some beef burgers produced in the Republic of Ireland. In one Tesco burger, horse meat accounted for 29 percent of the total meat content. The Prime Minister asked the FSA to investigate and we immediately mandated testing of minced beef products and ready meals for horse and pig DNA above a one percent threshold. 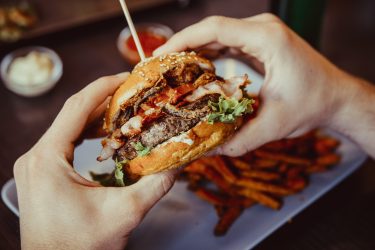 More than 6,000 tests were completed by the UK food industry in six weeks, identifying over two dozen further products that had been adulterated. This was the largest incident managed by the FSA involving around 100highly committed staff, all working long hours, sometimes in new roles.

In response to the incident, the FSA’s National Food Crime Unit (NFCU) was established. This dedicated law enforcement function (now a team of 80) is one of a handful of food crime units globally, and the source of international envy.

2014 – FSA launches Acting on Campylobacter Together

In 2014, Campylobacter was the most commonly known cause of bacterial food poisoning in the UK, affecting more than a quarter of a million people each year. To tackle this, the FSA launched Acting on Campylobacter Together (ACT). This included working with farmers, slaughterhouses and retailers to reduce the presence of Campylobacter and possibility of cross-contamination, and educated consumers and caterers on good hygiene practices.

As a result of ACT, the burden of Campylobacter on UK society fell by £232 million in 2016/17 and, most importantly, 100,000 fewer people fell ill from Campylobacter each year.

During the coronavirus crisis, we took a leading role in securing the supply of safe food to the nation. We published authoritative risk assessments on the transmissibility of COVID-19 through food and provided advice to help business and consumers to do the right thing. In Northern Ireland, we supported the Department for Communities (DfC), local Government and the voluntary sector to ensure the safe provision of 18,000 food parcels weekly to the shielded cohort and economically vulnerable across  during the crisis.

Steve Wearne has held a number of Director roles in the Food Standards Agency (FSA), including Director of the FSA in Wales between 2007-2013 and Director of Policy and Science.

He is a scientist by training, with a degree in biochemistry and a spell of postgraduate research in molecular biology. Steve joined the Ministry of Agriculture, Fisheries and Food in 1990 and held a range of posts in food science and food policy development, before transferring to the Agency when it was launched in 2000. His first post in the Agency was head of the Private Office and Private Secretary to the first Chair of the FSA, Sir John Krebs (now Lord Krebs). 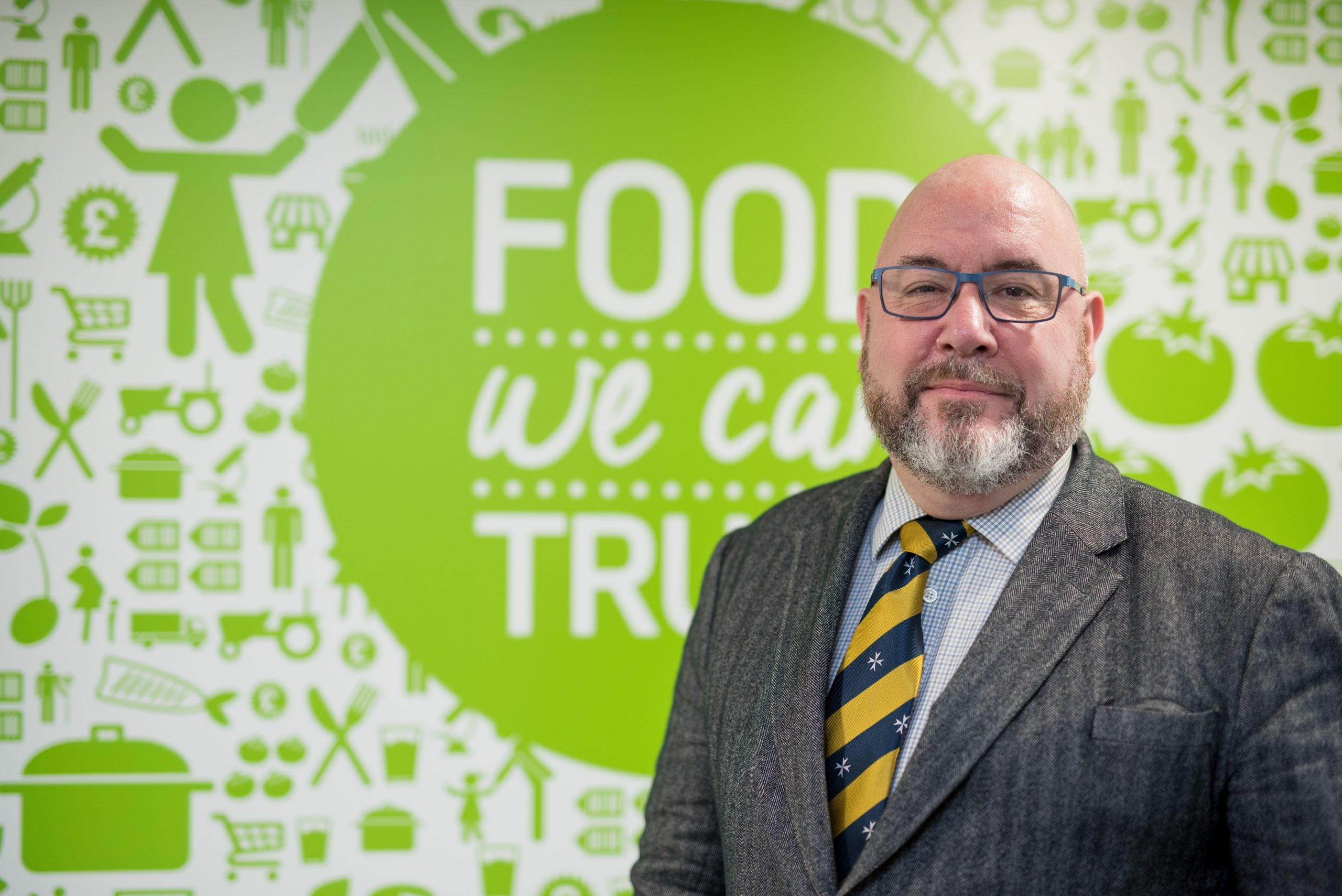