Trade plays an important role in distributing food more equitably across the planet, and Big Data could help to build this network efficiently and effectively. 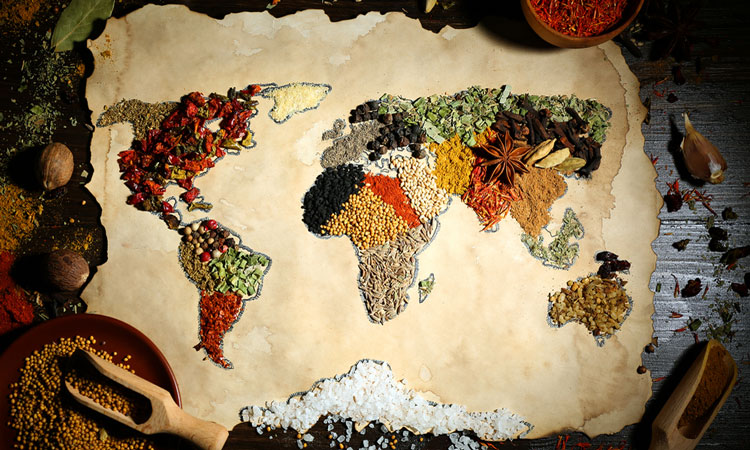 As the world population swells, the inequitable distribution of food around the globe is prompting profound moral questions. Is the unequal distribution of food in rich and poor countries, for instance, merely a consequence of geography, with rich countries having more fertile lands? Or are food shortages in some countries a function of socio-economics and inequalities in international food trade? And since the United Nations’ Universal Declaration of Human Rights states that everyone has a right to an adequate level of food, what can be done to ensure that food is distributed internationally in ways that mitigate world hunger and malnutrition? In a study published in the journal BioScience, a team of environmental scientists seeks to answer these questions by analysing the role of trade in distributing food internationally and to what extent this has benefited or hindered the human right to food.

The researchers analysed annual United Nations data on international food trade from 1986 to 2010 in nearly 180 countries, and focused on 266 commodities such as rice, wheat, maize, and soybeans, as well as animal products.

“This study shows that trade plays a very important role in distributing food more equitably across the planet, from countries with high production like the United States and Brazil to nations with more limited agricultural resources like Japan and Middle Eastern countries,” says Dr Kyle Davis, a postdoctoral fellow with the Data Science Institute and co-author on the paper.

Reported by ministries within each country, the United Nations data provide information on the exporting country, the importing country, and the amount of each commodity flowing between them. By combining all of these linkages, the researchers were able to develop a network of international food trade for each commodity and each year. And by assessing how these networks redistribute food across the planet – and comparing this with a hypothetical world in which no trade occurred – Dr Davis and his collaborators were able to examine whether rights to adequate food were closer to being met under globalisation through food trade.

In a key finding, the authors maintain that international food trade makes for a more equitable distribution of food to the world, ensuring that places with large populations or with limited agricultural resources such as arable land and water can obtain the food they need. “While we’ve shown that, in most cases, enough food supply reaches countries because of international trade,” says Dr Davis, “we still hope to better understand how that food gets spread among a nation’s population and how we can ensure that lower-income communities can obtain nutritious food as readily as wealthier people.”

This is the third paper that Dr Davis has co-authored since being named a DSI postdoctoral fellow in 2018. He co-authored a paper in Environmental Research Letters on how irrigation can expand to meet the food needs of the growing world population, and contributed to a paper published in Science of the Total Environment on the energy use and greenhouse gas emissions of grain production in India. As a result of his research and publishing success, Dr Davis also recently received the 2019 Water Young Investigator Award from the journal Water.

“Being a postdoctoral fellow at the Data Science Institute has given me the time, resources, and intellectual freedom I need to research and publish in a field – sustainable food systems – about which I am deeply passionate,” says Dr Davis. “It is my hope that all of this work can contribute to improving the physical and economic access to food for the world’s vulnerable populations while preserving our planet.”