A study of online alcohol sales has revealed inadequacies in relation to the availability of mandatory alcohol health information and warnings. 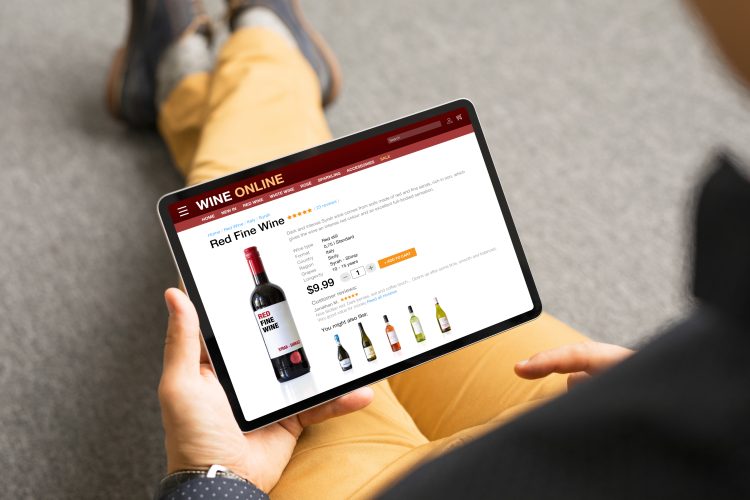 There are reportedly “woeful inadequacies” regarding the viewing of alcohol health information and warnings issued by online retailers, according to a University of Auckland-led study.

Researchers at the University of Auckland examined the presence, type and location of mandatory and voluntary health information and warnings consumers are exposed to when shopping online for alcohol in the United Kingdom and Aotearoa, New Zealand.

Researchers investigated 1407 randomly sampled alcoholic beverages. A total of 705 samples were taken from Aotearoa, New Zealand, and 702 from the UK. The samples came from 14 online alcoholic retailers (seven from each country).

Commenting on the study findings, one of the study authors, Bodo Lang, Business School Associate Professor, said: “The study identified woeful inadequacies regarding the viewing of mandatory alcohol health information within an online retail setting, as well as a near absence of any voluntary health warnings on alcoholic beverages.”

Dr Lang also noted that although consumers in the UK and Aotearoa “do not have sufficient opportunity to be exposed to health information and warnings”, he thinks that New Zealand consumers are “particularly at risk because of low levels of information provision at the online point of sale.”

Additionally, Dr Lang stated that even though certain beverage information and health warnings are not mandatory in the UK, he thinks that consumers have a “far greater” chance of being exposed to health warnings than they do in New Zealand.

According to Alcohol Health Alliance (AHA), the law in the UK requires “very little information” on alcohol labels.

The AHA claims that the only information that is required is the volume of the container, the drink’s strength (alcohol by volume, ABV), and whether any of the 14 most common allergens are present.

It states that companies may provide further information on their labels, but the government has allowed a voluntary approach to this. This means that the inclusion of all other information including the official low-risk drinking guidelines, health warnings, ingredients, nutritional information, and the number of units of alcohol in the container is left up to the producer.

Meanwhile in New Zealand, according to the Ministry of Primary Industries (MPI) “most of the general labelling rules for food and drinks also apply to alcoholic drinks”.

The MPI states that alcoholic drinks (and foods containing alcohol) have many of the same labelling requirements as regular food. However, some specified alcoholic drinks such as beer, wine, spirits, and liqueurs do not require an ingredient list or nutrition information panel.

What’s more, the MPI states that food and drink with more than 1.15 percent alcohol by volume must not have health or nutrition claims on labels or in associated advertising. However, companies are allowed to highlight the risks of drinking alcohol or recommend drinking alcohol only in moderation.

Specifically in Aotearoa, the number of drinks per bottle is a mandatory display requirement for online alcohol sales, however the study found that just five percent of the beverages examined had this information displayed on either the product page or imagery.

Meanwhile, displaying the number of drinks per bottle in the UK isn’t required; however, the information was present on 69 percent of the drinks advertised.

Additionally, the study revealed that online alcohol retailers in the UK were more inclined to display alcohol volume percentage information than New Zealand retailers even though it is mandatory in Aotearoa but not in the UK.

Significantly, 69 percent of alcoholic beverages in New Zealand online stores did not display alcohol volume percentage at all, compared to eight percent of the UK sample.

Concerned with the findings, Dr Lang noted that “unfortunately, consumers are even less likely to be exposed to this health information than the numbers suggest,

“Most consumers don’t click on product images, and as such, they’re limited to the information provided on the product page.”

Going forward, Dr Lang suggested that changes need to be made regarding alcohol labelling. He concluded: “In both countries, alcohol policy needs to stipulate that mandatory health information and warnings should be clearly viewable on the product page and product imagery of online alcohol retailers.”