Research has identified that the ‘corn belt’ region in the US will likely experience increased problems with aflatoxins in the near future, calling for remedial measures to head off the problem. 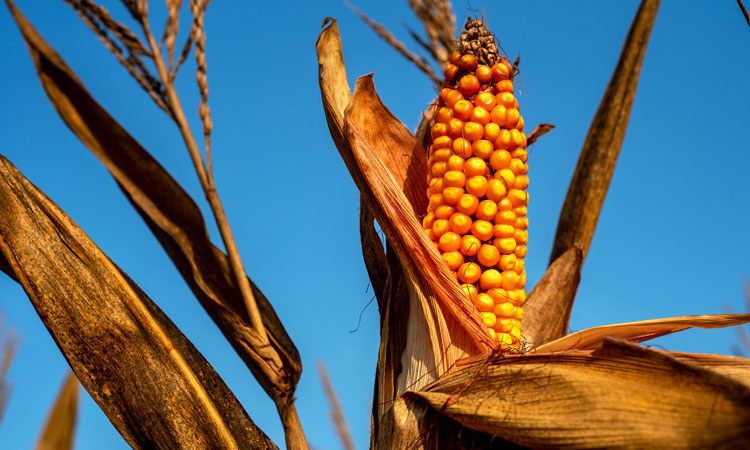 Field corn, as distinct from sweet corn, is widely consumed in the US and constitutes one of America’s largest crops. Not only is it used to feed humans in the form of grits, tortillas and corn flakes, etc, but also as essential fodder for cattle, hogs and poultry, and to make ethanol as an additive to gasoline, according to the USDA.

In a bid to gauge the effect of climate change on this vital resource, researchers at Michigan State University (MSU) have run climate model scenarios, anticipating aflatoxin infections being a problem in the coming few years.

The fungi Aspergillus flavus and Aspergillus parasiticus produce aflatoxin that can infect peanuts, tree nuts and corn, not only degrading corn quality but also causing health problems for humans and animals, depending on the amount and length of time it is ingested. While aflatoxin contamination regularly occurs in the southern United States due to its hot and dry climate, it has rarely been a serious problem in the corn-producing region.

Study researcher Felicia Wu, an international expert on food safety in the Department of Food Science and Human Nutrition and the Department of Agricultural, Food, and Resource Economics at MSU, explained: “When we ran our near-term climate model scenarios, we found that between 2031 and 2040, aflatoxin is going to become more of a problem in the US Corn Belt in the Midwest.

“The last time there was a serious problem was in 2012 when we had an unusually hot and dry summer throughout the Midwest; particularly Iowa, Illinois and Indiana.”

Hot, dry weather conditions create a prime breeding ground for aflatoxin contamination, encouraging the fungal spores to become airborne and infiltrate crops. A lack of rain weakens plants, preventing them from warding off the stress of infection.

In the study paper, published in Environmental Research Letters, the authors highlight potential solutions to mitigate the effects of aflatoxins, with measures that both growers and consumers can take.

They report that growers, grain elevators and processors can reduce the risk of aflatoxin contamination by storing corn harvests in cool, dry conditions and keeping crops irrigated – as far as permitted given declining water tables – to encourage healthy crops.

They cite that researchers are already using both biotechnological and conventional breeding techniques to develop hybrid crops that can withstand drought, insect damage and fungal infections. In many parts of the world, corn growers are using biocontrol to reduce aflatoxin, purposefully infecting plants with Aspergillus fungi that do not produce aflatoxin, thus competitively excluding the fungi that do produce aflatoxin.

Developing crop diversity and genebanks to feed the world

Another possibility is to shift crop production further north or south of the existing corn belt, where the climate is cooler or wetter, to reduce aflatoxin risk.

Consumers can also help take responsibility for their health and mitigate aflatoxin risk by eating greens and garlic. Wu advises that “green leafy vegetables are good for your overall health,” explaining that “chlorophyll has a sandwich molecular structure that traps aflatoxin molecules so that humans excrete them before the toxin can enter our bloodstream.”

Also, cruciferous vegetables like broccoli, cauliflower, kale and allium vegetables like garlic, onions and leeks can help detoxify carcinogens in our bodies, the study reports.

Planning ahead and anticipating threats from climate change will pay dividends for our global food systems.