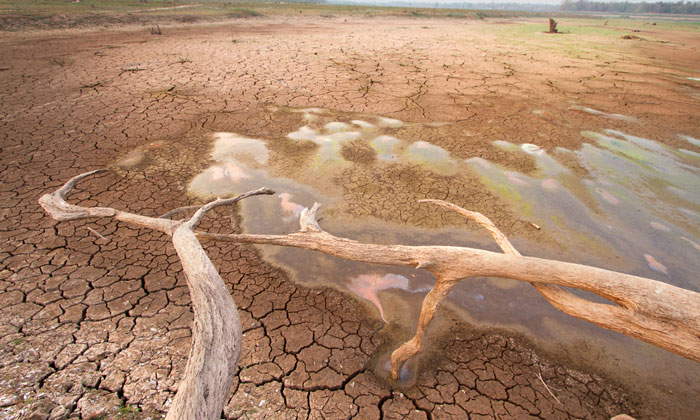 In New Food‘s ‘Feeding Asia’ series we have looked at the impact of population growth on food security as well as maximising cold chain efficiency in India. In our latest instalment, we consider the potentially exponential impact climate change could have on both global and Asian food security.

“With more than 60% of the population relying on agriculture and food production as a source of income, the Asia and Pacific region is particularly sensitive to the potential damage caused by climate change.”

So what is actually happening?

If you recourse to our previous definition of food security as largely:

We can now begin to analyse how precisely climate change will impact upon food security.

Firstly the notion of unpredictability will significantly affect food production in the region. Changes in agro-ecological conditions will have economic and sociological impacts, forcing many to relocate and find alternative employment due to deteriorating crop yields. As a result, consumption habits of these people will too alter.

Significant changes in weather patterns of which we are already seeing in countries such as Indonesia, South East Asia’s largest economy and Bangladesh, is severely threatening food security.

Semi-arid and sub-humid regions will see the largest effect, reducing crop yields, livestock, and productivity levels. Many of these areas are found South Asia which has one of the highest levels of chronic undernourishment and will thus be exposed to the highest degree of instability.

The effects of climate change differ highly according to the placement of the nation within Asia. It goes without saying that the continent is vast and regional diversity is significant.

In South Asia, for example, as reported by the Asian Development Bank, climate change will likely bring a substantial reduction in aggregate crop production.

The effect will be larger on wheat than on rice yields; on average it is expected that rice yields will significantly decline. Upstream glacial runoff will increase, but mostly during monsoons rather than during the dry season, when water is needed most.

“It is expected that rice yields will significantly decline…”

The flood risk will further increase.

This will have a widespread effect on the global cereal and indeed overall food industry from an economic perspective. It is expected that the prices of cereals and soybeans are projected to rise as much as by 70% by 2050. Rice and wheat prices will shoot up as you can see by the graph below. Even without climate change the prices of these staples will rise by 35% for rice and 45% for wheat.

The main reason for this?

An increased pressure on agricultural resources stemming from non-agricultural demand for land and labour, as discussed in our previous focus on demographic shifts. Climate change will add a stress we cannot ignore and an additional 20% increase in the price of rice and 23% for wheat.

This will affect the entire world, both consumers and manufactures and processor and regulators and… Well, the list could fill an afternoon.

These price rises will only exacerbate malnutrition polemic in Asia, and childhood malnutrition which is directly linked to caloric intake will be particularly affected. To read the original report from the Asian Development Bank, click here. It is thought that malnutrition will be specifically evident in the Pacific Islands. The islands, unequivocally areas of outstanding natural beauty and with themselves very small carbon footprints, present a very sad potential example of who will be the first and very real victims of climate change. The light at the end of the tunnel

As proposed by the Asian Development Bank, some solutions might be the introduction of:

Responsible and pre-planned adaptation strategies will be key to mitigating the effects of climate change on food security in the Asia-Pacific region.

Several measures are possible such as:

In order to implement these measures, a full embrace of new technologies will be important in order to reclaim degraded agricultural and arable land. A community-driven response will be further key to ensuring that soil and water resources are effectively managed.

Doing nothing is not an option and while speculation has and is driving the conversation on climate change and food security, adaptation and mitigation strategy must start now.

We cannot emphasise this point enough. In order to correctly provide enough food and water for the world, we must, act, now.

Look out for the next instalment of New Food’s ‘Feeding Asia’ series that will consider Oceania as a potential food bowl for Asia.

With many thanks to the Asian Development Bank and The Economist Intelligence Unit.