Exploring the ‘Natural’ claim in China: An overview and comparison with EU and US

Expert lawyers Nicola Aporti and Cesare Varallo explore the ‘natural’ claim in China: it’s criteria, its differences between EU and US markets, and what might change moving forward. 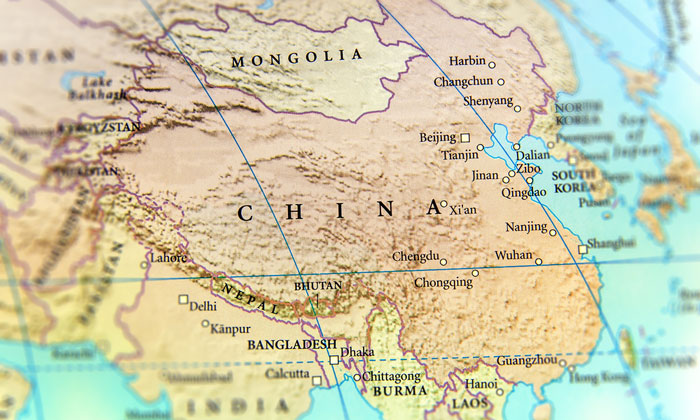 In a highly humanised, food-safety plagued, severely polluted environment as China is, no wonder that the appeal for natural food products becomes stronger and stronger.

Sale of organic products is increasing on year-by-year basis, and while a “healthy” life-style is becoming an emerging and clearly visible trend – at least in China’s so-called first-tier cities – it is a fact that food companies often market their products by stressing their (real or purported) “natural” quality – or lack of artificial ones:

“Made from natural ingredients”

It is a fact that food companies often market their products by stressing their (real or purported) “natural” quality.

“Natural” used to be a regulated claim in China until 2013. Before that date, pursuant to article 31 of Administrative Measures on Certification of Organic Products of 2005, the claim “purely natural” was expressly forbidden for food products which had not been officially certified as “Organic” according to relevant PRC regulations. These regulations were replaced in 2013 by the Administrative Measures on Certification of Organic Products which do not mention anymore the claim “purely natural” amongst the forbidden ones (whose list, however, is left open by a rather disturbing “etcetera”).

Authorities also seem aware of how the vague legal status of natural claims and have often released notices or issued to consumers to educate them that natural does not necessarily mean safe, and that natural can be considered just advertising catch-phrase to boost appeal of products.

Authorities also seem aware of how the vague legal status of natural claims.

At current status, a strong orientation by courts – about the boundaries that natural claim are allowed within – has not been established yet.

Several hints – vaguely scattered throughout laws, decisions and other official governmental documents – seem to consider the term “natural” rather compatible – at various extent – with non-processed food ingredients as well as with food ingredients subject to mechanical or physical process or other traditional process, or with food products not containing synthetic additives; while at the same time such claim appears not compatible with synthetic processes or synthetic additives.

Lack of a legal definition however gives dangerous leeway contradictory decisions and interpretations by courts and authorities, which in the end negatively affect both food company’s compliance and consumer protection.

Can any food not produced through such processes be considered “natural”?

How about food including such “artificial food” as one ingredient, amongst several others?

As food industry is rapidly moving towards a higher use of such claims, it is highly hoped that PRC legal system will provide clearer criteria – either in laws, or in some influential judicial decision – to better orientate the use of different terms: “natural”, “artificial”, “man-made”, as well as their various declination and nuances.

Can any food not produced through such processes be considered “natural”?

COMPARATIVE ANALYSIS WITH EU AND USA

The lack of a legal definition of the term “natural” afflicts nonetheless the European Union and the USA markets. In EU we have basically just guidance issued by the competent authorities: the most recent has been released by the Irish Food Safety Authority (FSAI) in 2015.

According to the document, minimally processed single ingredient foods can be called “natural”, provided that they differ in their characteristic from all similar foods (art. 7.1, lett. c) Reg. 1169/2011), are formed by nature and are not significantly interfered with by man. “Significantly interfered with by man” does not include minimal processing like: chopping, slicing, grinding, peeling, juicing, blanching, pasteurising, freezing, drying, etc. as these do not significantly change the nature of the food.

On the other side, compound foods containing more than one ingredient are formed by man through processing and cannot therefore, be considered as being “natural”. However, provided that such compound foods are different from similar compound foods, for Irish guidance is permissible to market these foods as ”made with natural ingredients” or terms with a similar meaning when the compound food can meet all of the following criteria:

In USA, Food and Drug Administration (FDA) did not define the term “natural” as well.

The FDA had a longstanding policy concerning the use of “natural” in human food labelling and considered the term “natural” to mean that nothing artificial or synthetic (including all colour additives regardless of source) has been included in, or has been added to a food.

However, this policy was not intended to address food production methods, such as the use of pesticides, nor did it explicitly address food processing or manufacturing methods, such as thermal technologies, pasteurisation, or irradiation. The FDA also did not consider whether the term “natural” should describe any nutritional or other health benefit.

The FDA also did not consider whether the term “natural” should describe any nutritional or other health benefit.

On May 2016 a public consultation on this policy closed and a review of FDA policy is expected in the next few months. Thousands of comments were submitted, addressing also subjects like pesticides’ use and processing methods: they are publicly available and they can be reviewed on the relevant regulatory docket.

From this brief overview is clear that a common guidance at EU and USA level on the use of this term will be most welcome as well: indeed, concepts like “minimal processing” could be subject to different interpretation and very unlikely to solve the complex issue.

To know more about the issue and meet the authors, participate to the 1st Food Law in Asia Conference, 12th June 2017, Amsterdam.