Poll results reveal that 62 percent of global respondents think that factory farming puts profits ahead of the health of those who consume animal products. 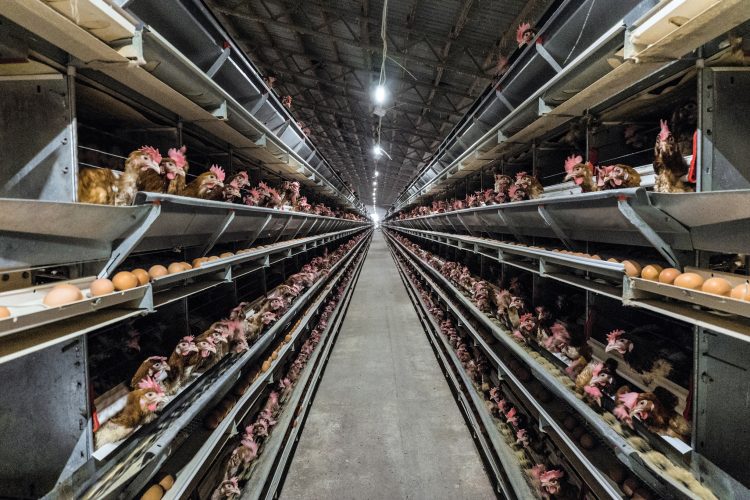 According to poll results released by Compassion in World Farming on Adaption and Agriculture Day at the COP27 climate conference, 62 percent of respondents across the globe believe that factory farming puts profits ahead of the health of those who consume animal products.

Speaking on the organisation’s outlook, Dr Nick Palmer, Head of Compassion in World Farming UK said: “Today, we’re calling time on factory farming. Not only is it the single biggest cause of animal cruelty on the planet and a major driver of wildlife declines, but without ending it we simply cannot tackle the growing climate emergency.”

What is factory farming?

According to Compassion in World Farming, factory farming is an intensive system that prioritises production, allowing large quantities of meat, milk, and eggs to be produced.

However, although the produce is seemingly cheap, the organisation believes it comes at a cost. Often raised in confinement, Compassion in World Farming also noted that around two in every three farm animals are thought to be factory farmed. What’s more, the industry also depends on vast quantities of resources such as grain-based feed, water, energy and medication.

The poll research was conducted by YouGov during October 2022 and took data from 13 countries. These countries included Brazil, Czechia, Egypt, France, India, Italy, the Netherlands, Poland, New Zealand, South Africa, Spain, the US, and the UK.

The results were announced at the at the global movement COP27 hosted in Egypt. This platform allowed Compassion in World Farming to call on world leaders to put an end to factory farming as, according to Palmer, “big meat companies prop up a highly profitable system without accounting for the climate, health and animal welfare impacts they cause.”

What the world had to say on factory farming

Sixty-two percent of overall respondents agreed that factory farming puts profits before the health of people who eat animal products however France was most likely to agree with this statement as 74 percent thought it to be true.

Delving deeper into the results, 81 percent of Brits believe factory farming puts profits ahead of animal welfare whilst 66 percent believe it prioritises profits over the health of animal product consumers.

What’s more the poll revealed that only 55 percent of British adults are aware that the livestock sector produces more greenhouse gas emissions than the emissions of all the world’s planes, trains and cars put together.

“Our research shows that the British public aren’t convinced by industry propaganda that factory farming is ‘necessary to feed the world’,” stated Palmer.

Additionally, those in Italy were the most likely to say they were aware that the livestock sector globally produces more greenhouse gas emissions than the emissions of all planes, trains, and cars worldwide put together (63 percent) followed by India (60 percent). Adults in the Netherlands were the least likely to say they were aware (42 percent).

End of the Line for Factory Farming campaign

To catalyse global support, a petition platform has been launched that will call on world leaders to end factory farming through a global agreement.

Hoping that this campaign will make a global change, Palmer said: “The End of the Line campaign will harness worldwide support to get leaders to end this cruel and destructive practice and to transform our food system so that it benefits animals, people, and the planet. This must include managing the unsustainable consumption of meat, poultry, fish, and dairy, especially in high consuming populations.”

To raise public awareness about the impacts of factory farming on our climate, Compassion in World Farming has created billboards that have been launched in New York, London and Paris.

Hoping to generate worldwide discussion, the organisation has stated that, for the sake of “animals, people and the planet”, global food systems need to be transformed by putting and to factory farming once and for all.