The UK’s Environment Secretary, Ranil Jayawardena, says he is committed to boosting home grown fruit and vegetable production and driving high-tech horticulture growth. Here’s how he intends to do it… 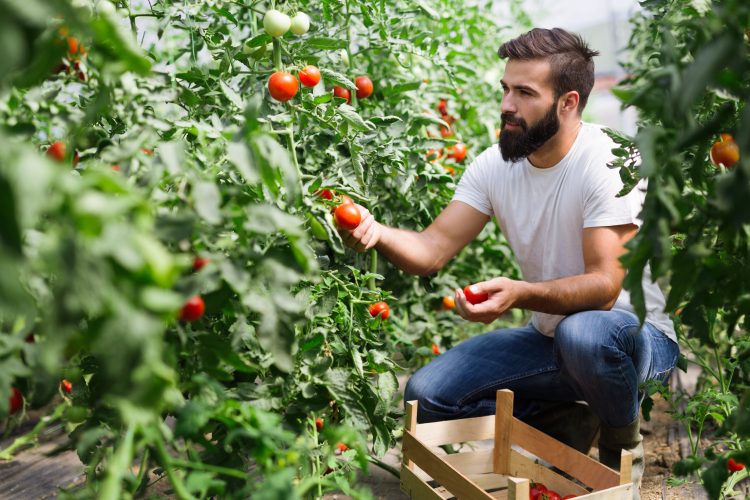 As part of the UK Government’s work to optimise the potential of British farming, Environment Secretary Ranil Jayawardena has committed to sustainable horticulture growth.

Jayawardena has stated that he is planning to boost home grown fruit and vegetable production as well as driving the growth of high-tech horticulture.

To facilitate this, Jayawardena has approved a further £12.5 million investment in automation and robotics through the Farming Innovation Programme. So far, £70 million has been spent by the UK Government to enable industry-led research and development.

“Whilst we have a high degree of food security, we can boost it further. We can increase home-grown fruit and vegetable production, which is why I am bringing in expert advice and match-funding robotics and automation projects,” commented Jayawardena.

“Technology offers huge opportunities to make farming greener and more productive, so we should harness it to help grow the economy, create jobs and improve food security too.”

The fund is set to open in January 2023 with UK Research and Innovation (UKRI), and will match-fund projects. The is hope this will drive economic growth, food security and deliver on environmental commitments.

Earlier this month, Jayawardena visited the Netherlands to learn more about high-tech greenhouse and vertical growing approaches. Following a tour of a robotics institute, he spoke with labs and glasshouse businesses which utilised artificial intelligence, robotics, renewable energy and water neutral systems to grow produce.

🌱 I’ve been to The Netherlands to see their impressive glasshouses and vertical farms in action.

🚜 This technology can unleash the potential of British farming and growers, which is why I’m putting an extra £12.5 million behind it today.
#StrongEconomy #StrongEnvironment pic.twitter.com/yfYCxn5CZM

Glasshouse growing is a process whereby fresh produce is grown in a greenhouse. According to the Royal Horticultural Society (RHS), the structures can offer gardeners to extend the seasons and produce good crops for most of the year.

The glasshouse growing methods also creates multiple economic, food security and sustainability benefits, however, the sector currently represents just 10 percent of English horticultural businesses. Despite this, the UK Government has said that companies using the model are already reaping a variety of benefits, including extended growing seasons, efficient water usage and high yields per square meter.

However, to move forward, the Environment Secretary has announced that he will appoint an industry expert to work alongside colleagues across the edible and ornamental sectors to establish a clearer picture of the barriers and opportunities in Controlled Environment Horticulture. Their role will be to provide a set of recommendations and policy interventions that government can implement both immediately and longer term.

Interacting with the sector

In addition to this, Jayawardena has written to several major Controlled Environment Horticulture growers to understand the industry’s views on how the UK Government can effectively support its expansion and ensure government policies accurately reflect industry needs.

Looking to the future, there are plans to incentivise the sector to make use of surplus heat and CO2 from industrial processes, with renewable of energy also being considered.

The UK Government will also be looking at frameworks for regulation, innovation and investment that impact farmers and land managers to ensure that policies are able to boost food production and protect the environment. By the end of 2022, Jayawardena will be putting forward details regarding plans on how the UK will increase food security while strengthening the resilience and role of farmers as stewards of the British countryside.