Glebe Farm says “consumers deserve more transparency” as research suggests one in three Brits unaware of where their oat milk comes from. 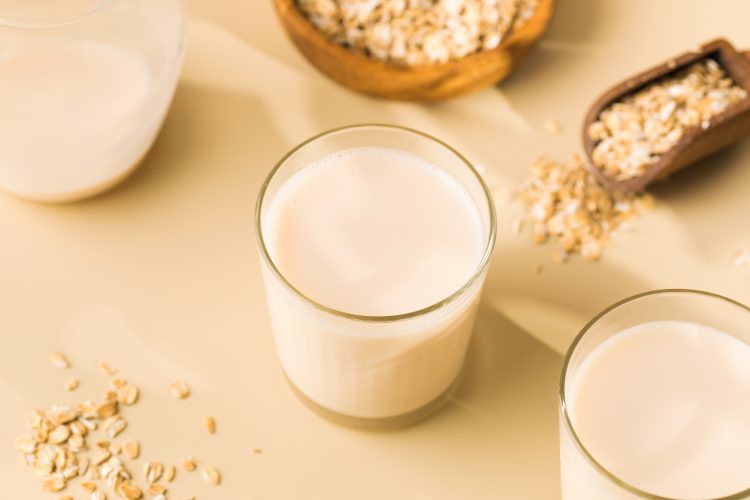 Glebe Farm has launched a campaign to educate Brits on where their oat milk alternatives come from, as well as to encourage consumers to buy from British companies where possible.

According to a report from IRi, more than 80 percent of the UK oat drink market is comprised of imports.1 With this in mind, Glebe Farm is challenging British supermarkets to stock more home-grown oat ‘milk’ that is processed and manufactured in the UK.

“Consumers who care about the environment are being misled by the big oat milk brands. They say woolly things like ‘our oats are sourced from Northern Europe,” commented Phillip Rayner, Co-Owner of Glebe Farm.

To convey its message, Glebe Farm has erected an ‘arrivals board’ outside Luton Airport which highlights key competitors’ countries of origin. According to Glebe Farm, the three leading oat milk brands are made using imported oat syrup or are manufactured abroad and shipped to the UK. This contrasts with the UK’s dairy milk industry which it claims is 77 percent self-sufficient. 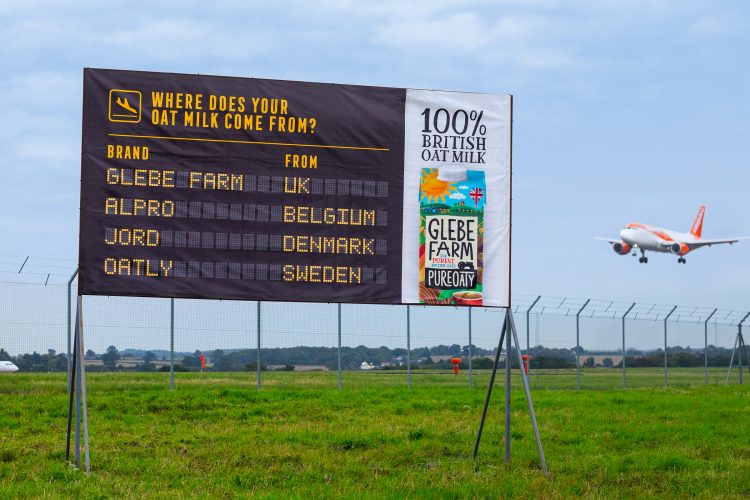 Glebe Farm’s campaign, fuelled by research from 2,000 shoppers, revealed that while oat ‘milk’ sales have increased by 34 percent in the last year, more than a third of Brits do not know where these drinks come.

The popularity of oat milk alternatives is continuing to grow globally, with the industry expected to register a value CAGR of 11.5 percent by 2026. This may be because there is a perceived link with dairy free milk and sustainability, as well as concerns around animal welfare and hormones.

The research commissioned by Glebe Farm echoes this, with its findings revealing as many as 64 percent of respondents were concerned about the environmental impact of the food and drink they consume.

The survey also has revealed that 71 percent strongly support labelling that indicates where a product has come from, and 66 percent approve of labelling that displays the environmental impact of the product.

In relation to environmental impacts of food, food miles were cited as the number one concern, with 53 percent of respondents reporting it as a problem. This was closely followed by recyclability of packaging (52 percent) and carbon emissions (50 percent).

Glebe Farm’s findings also found that as many as 74 percent of consumers believe we should be reducing how much imported food and drink we consume, with 63 percent of the opinion that imported goods are undercutting British providers.

In relation to Glebe Farm’s campaign to educate consumers on origin, 71 percent of respondents agreed that supermarkets have a responsibility to stock more British products and 68 percent believe government should introduce more regulations to increase the availability of British products in shops.

“So far, the plant-milk movement has avoided the provenance question, it’s time to change that and give consumers the information they need to make good buying decisions,” said Rayner.

“Retailers, restaurants, and brands both need to do more, whether its labelling, ingredient policies or not stocking imported products with high food miles. Where food comes from does matter.”