QR codes have become popular since the pandemic, but a new study suggests that this technology could be the answer to reducing one of the largest sources of agricultural and food waste. 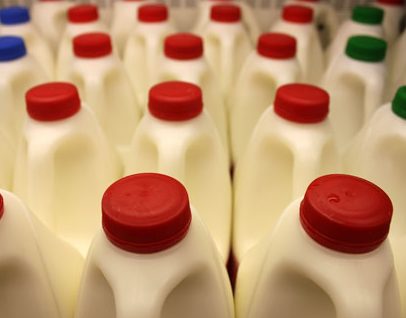 The use-by and best-by dates printed on milk cartons and bottles may soon be replaced by QR codes, according to researchers from Cornell University.

The group’s study – published in the Journal of Dairy Science – finds that the use of QR codes can better depict how long the milk is drinkable and create “substantially less” agricultural and food waste.

“In the US, dairy products are among the top three food groups with the largest share of wasted food”, said Samantha Lau, a doctoral student in food science, and one of the co-authors of the study. This fact is what inspired Lau and her team to learn more about consumer acceptance for QR code technology which, the group claims, may one day replace best-by or sell-by dates commonly found on food products.

Customers in the study had a choice: purchasing milk with printed best-by dates or buying containers with QR codes, which, when scanned by a smart phone, would display the best-by date.

“During two-month study, over 60 percent of customers purchased the milk with the QR code, showing a considerable interest in using this new technology,” Lau said. “This revealed that the use of QR codes on food products can be an innovative way to address the larger issue of food waste.”

QR codes are back in a big way – on restaurant tables, event posters & now, maybe even on your milk carton.

Because of consumer confusion about when to throw milk away, and retailers left with unsold product, fluid milk is responsible for about 65 percent of dairy product food waste and costs the US more than $6 billion annually, according to the paper.

In addition to this, milk production, processing and transportation around the world is responsible more than five pounds of carbon dioxide equivalents for pound of milk, according to data from the United Nations’ Food and Agriculture Organization.

“With dates printed on cartons, consumers typically buy the most-distant dated milk, but that leaves drinkable milk on store shelves, where retailers throw it out later”, Martin Wiedmann, the professor of food safety in the College of Agriculture and Life Sciences, and a co-author of the report, said. “This makes digital trends valuable, particularly if they’re combined to really allow us to collect data along the food chain.”

“Not only could the QR codes accurately inform consumers on drinkability and dynamic pricing, he added, “but the technology exists where smart milk cartons could communicate with smart refrigerators to inform a household of the need for fresh milk. This type of new digital food system infrastructure can reduce food waste.”