With National Salt Week and Caffeine Awareness Month taking place, launches of note for this roundup include low in salt seasoning and matcha-infused drinks. We also see UK companies gearing up for HFSS regulations. 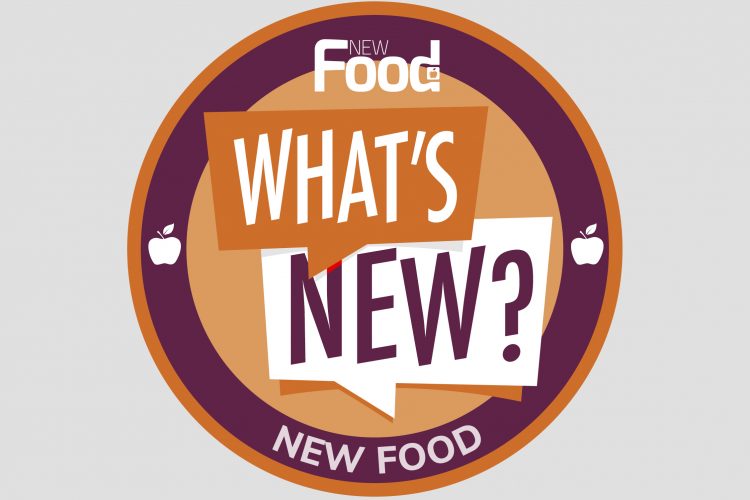 March has seen a lot of new launches in the food and beverage industry, some highlights include a range of vegan marshmallows and a non-HFSS crisps range.

Free From Fellows has launched a vegan marshmallow range in the UK. The marshmallows are being launched in vanilla, strawberry and mini vanilla formats.

“Marshmallows traditionally use gelatine in their recipes to deliver a soft texture. This means that vegetarians, vegans and those following halal and kosher diets cannot eat those traditional products,” said Karl Morris, Director at Bravura Foods, owner of Free From Fellows. “We wanted to offer choice to those sectors and those who may be plant/vegan curious. Launching a gelatine-free, fully vegan and [major] allergen-free mallow was a natural route for the brand.”

Another new launch of note comes from drinks company, PerfectTed, which has launched a range of canned natural energy drinks featuring matcha green tea. According to a 2022 YouGov poll, eight out of 10 British people feel constantly tired, making energy one of the most desired functional benefit in drink products. PerfectTed’s drinks aim to fight fatigue, as the brand look to revolutionise healthier caffeine consumption.

“We’re creating next-generation products, using an age-old ingredient in matcha that supports physical and mental wellbeing. We’re a future-focused team, where consumer longevity is at our core,” said the product creator, Teddie Levenfiche.

PerfectTed claim to provide an energy-packed alternative with immunity-boosting antioxidants that can slip easily into people’s daily routines – and just in time for Caffeine Awareness Month taking place this March.

Sourced from farms in Japan, PerfectTed says its ceremonial grade matcha is single-origin and completely traceable. Matcha originates from Tencha leaves which are naturally sweet and mellow in flavour, whilst L-Theanine, another ingredient in the plant, regulates caffeine uptake, which the brand states provides a sense of calm and sustained focus.

You may also like: What are health conscious consumers looking for in 2022?

The flavours include Pineapple Yuzu, Apple Raspberry, and Pear Ginger, and are all made from real fruit juice, as well as being 100 percent natural, plant-based, gluten-free, and free from additives, preservatives and added sugars.

In addition to this, the company now has a virtual ‘plot’ in the metaverse as an AR experience, where customers can purchase the products virtually and receive them in real life.

Plastic-free and plant-based producer, Source of the Earth, has also launched new products in the form of three types of non-HFSS (high in fat salt and sugar) lentil crisps ahead of the UK HFSS regulation set to come in this October.

The packaging is made from trees grown in what the company describes as “responsibly managed forests” and can be buried in home compost, with a promise to disintegrate within 26 weeks.

Keeping on the topic of sustainable releases, Renewal Mill, an upcycled food company that is creating plant-based, climate-friendly baking products, has partnered with Miyoko’s Creamery, a plant ‘milk’ creamery, to create a new collection of chef-crafted cookies.

Renewal Mill is working with Miyoko’s Creamery to capture the portion of its vegan butter left in its churning equipment at the end of production and put it to its best and highest use.

“According to Project Drawdown, a leading climate change research organisation, reducing food waste and eating a more plant-rich diet are two of the top three things we can do to stay below two degrees of global climate warming,” said Caroline Cotto, Renewal Mill’s Co-founder. “Creating artisan cookies made with Renewal Mill’s upcycled ingredients and Miyoko’s Creamery’s plant milk butter is a delicious way to help achieve both of these goals and to put power back into the hands of consumers to make a difference.”

Renewal Mill and Miyoko’s Creamery plan to expand their partnership with the launch of additional soft-baked, ready-to-eat cookie flavours, such as Chocolate Chip and Snickerdoodle later this spring.

Suölo which uses ‘Smart Salt’, a patented mineral salt technology from Finland, comes with a 50 percent reduction in sodium, and also includes magnesium and potassium as ingredients, which have been clinically proven to reduce blood pressure, according to the brand. This, the company claims, should help to decrease the risk of coronary heart disease and stroke.

“According to World Action on Salt & Health, if everyone in the UK reduced their salt intake by just one gram a day it would mean less death, disability and heart disease and approximates to saving 6000 lives a year,” concluded Dr Helen Mitchell, Co-founder of Smart Salt Retail Ltd and a leading food scientist.