Farmers most trusted in the food industry, says new report

An EIT Food report has put farmers at the top of the tree when it comes to trust in food producers, while government agencies were deemed less reliable by consumers. 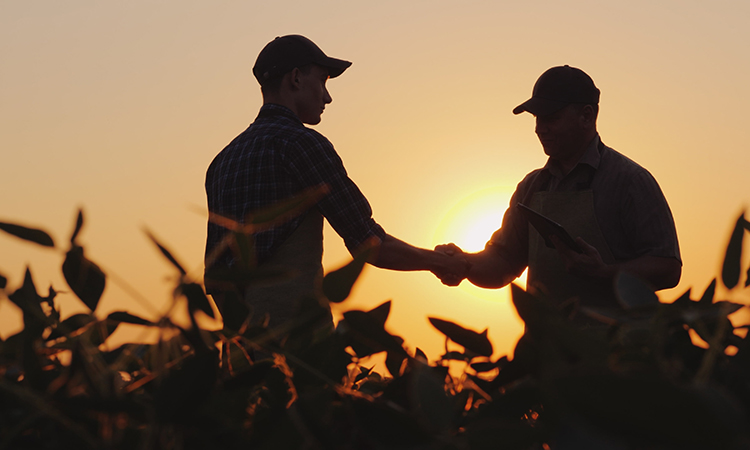 Farmers are the most trusted by consumers in the food industry

Consumer trust in the food sector has increased over the course of the COVID-19 pandemic, a new report from EIT Food (the European Institute of Innovation and Technology) has revealed.

The EIT Food Trust Report surveyed 19,800 consumers from 18 European countries to measure trust in the food system and confidence in food products. The study was conducted by a consortium of pan-European academic partners, including the University of Reading, the European Food Information Council (EUFIC), Aarhus University, KU Leuven, and the University of Warsaw.

The report shows that consumer trust in all parts of the food sector has increased, and with it, the confidence they have in food products – an overall increases of between three percent and eight percent.

Who do consumer trust the most?

Of all players within the food sector, farmers are the most trusted by the public, with two-thirds (67 percent) of European consumers reporting that they trust farmers compared to just 13 percent that do not.

Retailers are the next most trusted group, according to the report, with 53 percent of consumers expressing their trust – a rise of seven percent since 2018, potentially associated with the COVID-19 pandemic and the gratitude felt by some to the sector for maintaining food supplies and access.

Trust in both government agencies and food manufacturers, however, has lagged behind, with less than half of consumers across all countries (47 percent and 46 percent respectively) stating that they trust these groups. Meanwhile, over a quarter of consumers actively distrust government authorities and manufacturers (29 percent and 26 percent respectively). 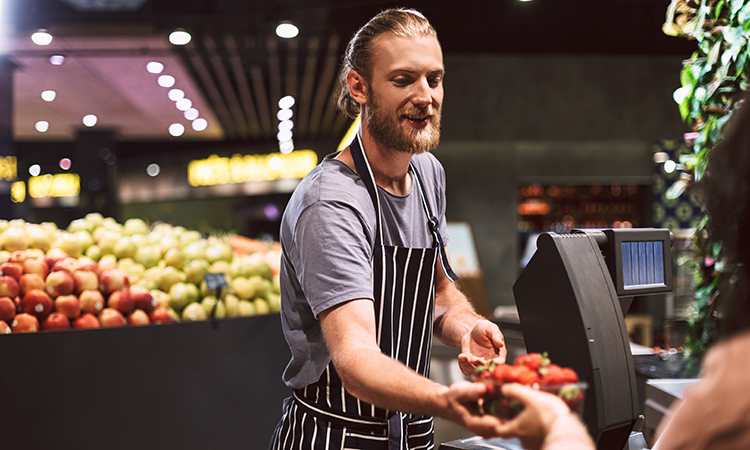 Consumer trust in retailers has risen, possibly due to their speedy reactions to the pandemic

In the UK, consumers consider the food industry to play a more caring role than other Europeans do, with seven in 10 (72 percent) believing that farmers act in the public interest, compared to a European average of 56 percent.

The same is true for retailers; 61 percent of UK consumers surveyed agreed retailers listen to public concerns and 55 percent think retailers act in the public interest – compared to averages of 44 percent and 41 percent across Europe as a whole.

When it comes to confidence in food products themselves, consumers believe that food safety on the whole has improved, with an eight percent increase from 2018 in those agreeing that food is generally safe, to a total of 55 percent. In the UK, this rises to 74 percent.

In regard to health, however, despite seven in 10 (71 percent) claiming they choose healthy options over unhealthy where they can, less than half (43 percent) of European consumers believe that food products are generally healthy. Meanwhile, just four in 10 (40 percent) have confidence that the food products they buy are generally authentic, rather than fake or artificial.

Likewise, a mere three in 10 consumers (30 percent) are confident that food products are generally produced in a sustainable way (which the EIT defines as environmentally friendly, resource efficient and ethically responsible), compared to 42 percent that consider them to be unsustainable.

This is at odds with consumer values, with more than three-quarters (76 percent) of Europeans reporting that they feel a moral obligation to use environmentally friendly products. Six in 10 say that, when given the choice, they will buy sustainable goods over those that are not – which perhaps suggests a more receptive market to sustainable products than is currently being served by manufacturers.

“As the global population moves towards 10 billion by 2050, we need innovative technologies and collaborative approaches from farm to fork to deliver accessible and healthy food products in a sustainable way,” said Professor Klaus Grunert, Department of Management at Aarhus University.

“The EIT Food Trust Report shows that there are clear opportunities for the food industry to demonstrate how it is acting in the public interest and meet consumer demand regarding health and sustainability.”

“The events of 2020 have shown many consumers how vital our food infrastructure is, ranging from keeping products on supermarket shelves to considering how our food production impacts the environment,” added Saskia Nuijten, Director of Communication and Public Engagement at EIT Food.

“As we look to our economic recovery in the coming year, helping to build trust between consumers and the food sector will be critical to improving food for everyone.

“Ultimately, to create a future-fit food system, we must put consumers at the centre of the development, production, distribution and promotion of food. Many of our EIT Food projects work directly with consumers to increase transparency, thereby empowering healthy and sustainable food choices.”