I’ll take my mussels with a side of microplastic

According to researchers from Germany, the microplastics found in the popular mollusc could be an indicator of how polluted the oceans are around them. 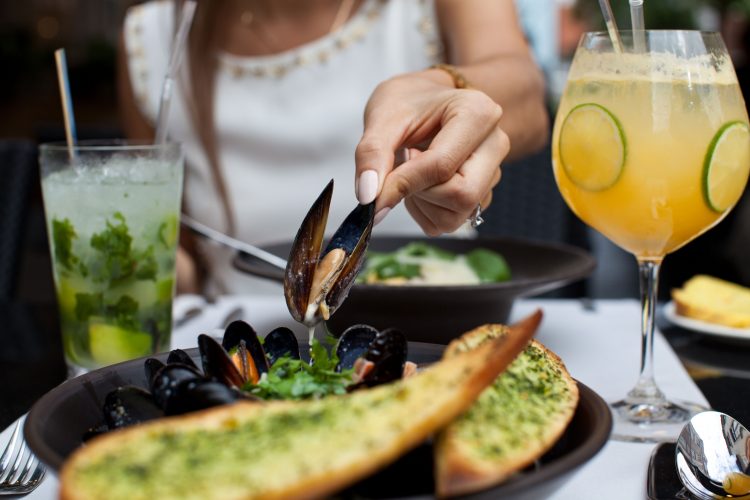 “If you eat mussels, you eat microplastics,” a new study by the University of Bayreuth, led by Dr Christian Laforsch, has warned.

The Bayreuth team investigated the microplastic load of four mussel species available in supermarkets from 12 countries around the world. All the samples analysed contained microplastic particles, and the researchers detected a total of nine different types of plastic. Polypropylene (PP) and polyethylene terephthalate (PET) were the most common types of plastic, according to the study. Both are plastics ubiquitous to people’s everyday lives all over the world, used in things like cling film and water bottles.

To make the analyses of different sized mussels comparable, one gram of mussel meat was used as a fixed reference. According to the researchers, one gram of mussel meat contained between 0.13 and 2.45 microplastic particles. Mussel samples from the North Atlantic and South Pacific were found to be the most contaminated. As mussels filter out microplastic particles from the water in addition to food particles, a microplastic investigation of the mussels allows indirect conclusions to be drawn about pollution in their respective areas of origin.

The four species of mussels sampled were the European blue mussel, the greenshell mussel, the undulate venus, and the Pacific venus clam. All of the mussels sampled were purchased from grocery stores. Some of them had been farmed, while some were wild catch from the North Sea, the Mediterranean Sea, the Atlantic Ocean, the South Pacific Ocean, the South China Sea, and the Gulf of Thailand.

The microplastic particles detected in the mussels were between three and 5,000 micrometres in size (ie, between 0.003 and five millimetres). Special enzymatic purification was followed by chemical analysis of the particles via micro-Fourier transform infrared spectrometry (micro-FTIR) and Raman spectroscopy. “To analyse the types of microplastic, we used so-called random forest algorithms for the first time in this study, both for the immensely large micro-FTIR data sets and for the Raman measurement data. These enabled us to evaluate data quickly, automatically and reliably,” said Dr Martin Löder, head of the plastics working group at the University.

“Our new study represents an important advance in terms of methodology,” added Dr Laforsch. “We have combined the latest technologies and procedures in sample preparation, measurement and analysis of microplastic contamination in such a way that comparable results can be obtained on this basis in the future. Such methodological harmonisation is an indispensable prerequisite for correctly assessing and evaluating risks potentially emanating from the spread of microplastics in the environment.”