Scientists have praised UK response to E. coli outbreak, for which whole genome sequencing played an integral role. Meanwhile, the states tackles it own case of STEC. 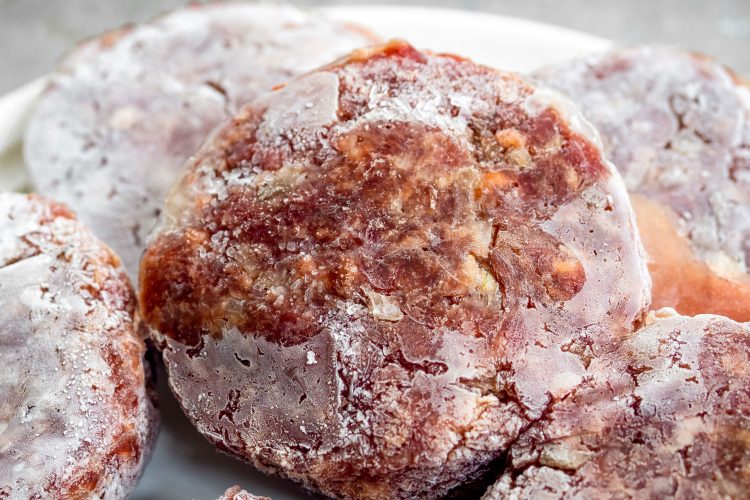 Research on the UK’s first outbreak of Shiga toxin-producing E. coli (STEC) caused by frozen burgers has been published, with investigators suggesting that undercooking the popular food might have been to blame.

Burgers have long been known to be a favourite hiding place of the dangerous STEC, but this is the first-time frozen patties have been found culpable for an outbreak on UK shores, after the USA and France saw outbreaks in the past.

STEC infected 12 people back in 2017, with eight of those requiring hospital treatment. In the end, frozen burgers “supplied by a national retailer” were found to be the source of the bacteria, after samples of the burgers provided by those infected were tested, and supermarket loyalty cards analysed.1

After whole-genome sequencing (WGS) indicated that all the cases were linked to the same source, forensic analysis of leftover samples suggested that contamination may have occurred in a mix produced on the morning of 5 September 2017. Following an inspection of a meat preparation facility, which makes frozen burgers for all major UK supermarkets, the report confirmed that no breaches of food safety requirements were identified.

An analysis of cooking instructions on packaging was undertaken by the Food Standards Agency, but these were deemed to be “adequate” by the authority. Interviews with people infected with STEC revealed “good storage and cooking practices overall” – but the report does stress that this was “self-reported”, and maintains that undercooking of the burgers could still be the cause of the E. coli outbreak.

The scientists behind the report praised the swift response to the outbreak by UK authorities, highlighting in particular how key WGS was in identifying the source of the cases. They were keen to emphasise just how essential effective measures were to suppressing any future E. coli outbreaks, warning: “The investigations highlight the need to maintain robust surveillance and rapid outbreak response procedures with access to advanced epidemiological and microbiological tools, methods and expertise.”

Meanwhile, the US Food and Drug Administration are in the middle of investigation an outbreak of their own, as cases of STEC have been reported across eight states. As of 28 October, the Centre for Disease Control and Prevention (CDC) reported that 21 people had fallen ill across California, Florida, Illinois, Wisconsin, Michigan, New Jersey, Ohio, and Utah.

The source of the outbreak is currently unknown, and the CDC is not recommending that people avoid any food in particular. Previous E. coli outbreaks of this strain have been linked to romaine lettuce growing in Yuma, Arizona, although the CDC did add that “food linked to a previous outbreak alone is not enough to prove a link in another outbreak of the same strain”.