There are currently three outbreaks of E. coli O157:H7 in the US which the FDA has said are being considered as three separate outbreaks caused by three different strains. 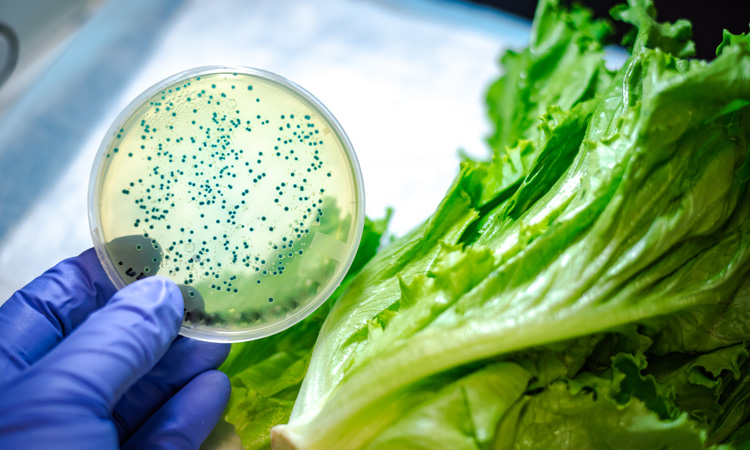 The US Food and Drug Administration (FDA) has provided an update to its investigation of the recent outbreak of E. coli O157:H7 illnesses linked to romaine lettuce.

The on-site investigations at these farms included collecting a wide variety of samples for lab testing, including water, soil, soil amendments, scat and swab samples. While the majority of these samples tested negative for the outbreak strain, final results are pending and the Wisconsin Department of Health Services recently reported that it had isolated E. coli O157:H7 from a particular bag of pre-washed, chopped romaine lettuce.

The FDA has also been tracking two additional and separate outbreaks of E. coli O157:H7.

The FDA, US Centers for Disease Control and Prevention (CDC), and the Canadian Food Inspection Agency recently announced an outbreak linked to Fresh Express Sunflower Crisp Chopped Salad Kits. To date, the CDC reported eight confirmed cases in the US across three states associated with this cluster of illnesses. The Public Health Agency of Canada External Link Disclaimer also reported 24 cases in six Canadian provinces.

The FDA has also been working with health officials in Washington State regarding an outbreak of E. coli O157:H7 associated with romaine consumption at a local restaurant chain. Washington State officials reported 10 confirmed and three probable cases in this outbreak with all reports of exposure in early to mid-November 2019.

These outbreaks are currently being considered as three separate outbreaks caused by three different strains of E. coli O157:H7.

The FDA, CDC and state partners have identified a common grower between each of the outbreaks, which is said to be a notable development. However, the FDA has said that it is still too early to conclusively determine whether other sources may have also been involved in the outbreaks.

Issues critical to the investigation

While the outbreak investigation is said to remain a high priority for the agency, the progress made to this point is said to have only been possible due to three major factors. The first is the ability for federal agencies and states to detect and link cases of foodborne illness through new DNA-fingerprinting capabilities referred to as Whole Genome Sequencing. This technology allows agencies to make connections earlier and to help prevent additional illnesses.

Second is said to be a strong federal and state coordination on matters of public health. In both isolating the outbreak strain in food samples and assisting in providing traceback records, FDA’s state partners’ work is said to have proven critical to the investigation.

The voluntary adoption of labelling best practices is said to have helped to target consumer advice to a defined growing region – compared to last year’s advisory which was to avoid romaine lettuce nationwide regardless of where it was grown.

This will allegedly help consumers to get information more quickly, enabling them to better protect themselves and their families. FDA has said that it looks forward to continuing work with growers, processors, distributors and retailers in its shared efforts to protect consumers, and that it will continue to provide updated information as it becomes available.