Cannabis-related patent filings in the f&b market – who’s ahead of the game?

As legalisation for recreational marijuana gathers pace across the globe, there’s a once-in-a-generation opportunity for food and beverage companies to establish themselves as dominant players in one of the potentially fastest-growing sectors: edibles and beverages. Paul Bremner asks if there is more that they could be doing, however, to be primed and positioned to benefit from that opportunity. 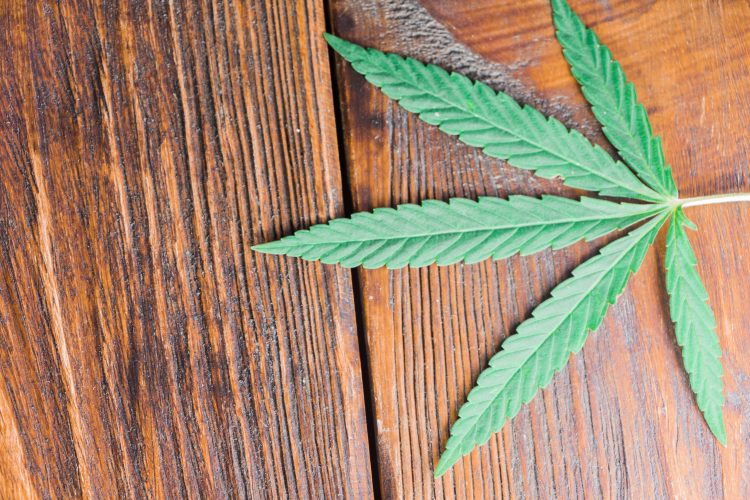 Our recent report, Cannabis Compounds in Edibles and Beverages,1 analysed published patent applications in the cannabis food and drink and cannabis-infused edibles areas, and has found that large food and beverage companies are potentially falling behind in innovation.

In emerging markets such as cannabis edibles and beverages, it is often useful to understand the competitive landscape from a market and IP (income protection) viewpoint. Market reports can often only tell a little about innovation within a new market, but patent data can reveal what products and techniques companies are actually working on. Indeed, the failure to thoroughly map the patent landscape at an early stage in the R&D process can lead to problems with product development, branding and marketing expenditures.

Figure 1: Patent filings for cannabis food and drink over time

This is odd, given that legalisation of cannabis represents a once-in-a-generation opportunity for these food and beverage companies to position themselves as leaders in the new market. The legal cannabis market experienced a 31 percent growth in 2017, reaching $8.5 billion, and will ultimately reach $23.4 billion in 2022, according to the marijuana investment and research firm ArcView Group.

The wonderful thing about intellectual property is that it leaves a trail of competitive intelligence in its wake, providing insights and clues concerning the shape and direction of corporate strategy. The current intellectual property landscape for cannabis patents suggests that many food and beverage companies are not well-positioned to benefit from the once-in-a-lifetime opportunity of marijuana legalisation.

Despite the relative lack of patenting activity by these larger food and beverage companies, however, many have announced their intentions to join the growing market, including high-profile names such as Coca-Cola, Diageo, and Heineken:

As Figure 1 shows, despite the overall increase in patenting activity, there remains a relative lack of patenting activity in this area – possibly due to the illegality of cannabis disincentivising R&D and subsequent legal protections.

State-by-state legislation in the US may also cause some larger incumbents to hold off from entering the market. PepsiCo has stated that the company would ‘turn over every stone to look for growth’,2 and that it ‘will look at it very critically’, but noted that cannabis is still illegal under federal law throughout the United States. This illegality at the federal level means that, in interstate commerce, it is not legal to sell food to which THC or CBD has been added.

Figure 2: Patent publications for cannabis-infused edibles by country and by year

Patent landscaping is a 3D, topographical representation of the patents within a technology space, providing a 360° view of any area of interest. The peaks indicate areas with a high patent count, while valleys and ‘white spaces’ represent areas with minimal patent filings and unexplored frontiers.

These landscapes give a good idea of the make-up of the cannabis food and drinks technology area, as well as where each company’s speciality within this field lays (Figure 3).

Figure 3: Patent landscape for cannabis food and drink, showing where the high valuation patents are

Understanding the largest players and threat of competition in the technology field should be a key consideration when entering new markets. Looking at this published patent data suggests potential for the major food and beverage companies to be partnering with these companies should they choose to enter this market. A well-designed patent strategy can enable companies to anticipate market and technology shifts, outflank competitors, and reduce competitive risks.

The current patent landscape analysis is hinting at the potential for major food and beverage companies to partner with chemical, fragrance and flavouring companies. This might help them confidently acquire the methods, techniques and processes required for effective product development and market entry.

Early protection of intellectual property rights is a critical component in any business’ efforts to secure a competitive advantage in the marketplace. However, the combination of a once-in-a-generation opportunity and the necessity of early protection of intellectual property rights, means some companies may still be reticent. Confidence may be lacking until full US federal legalisation occurs.

While the US PTO does grant cannabis-related patents despite the drug still being classified as a Schedule I drug, this federal illegality of marijuana means the industry lacks clarity over how intellectual property rights would hold up if challenged in a US federal court.

CBD vs THC in edibles and beverages

Cannabis is a complex plant containing over 400 chemical entities, with more than 110 different cannabinoid compounds. The two most common cannabinoids are phytocannabinoid tetrahydrocannabinol (THC), and cannabidiol (CBD). These cannabinoids have been found to have similar effects in certain domains, but almost opposite effects to one another in other aspects.

Beyond this recreational and medicinal split lies another aspect for food and beverage companies to consider; Christina Bellman, founder and CEO of automated oil-infuser company LEVO, says that “People are beginning to use cannabis to enhance different taste and flavour profiles. We are coming to understand that the marriage of culinary and cannabis can be an immersive experience.”

Opportunities for further innovation and future patents exist across the industry. The report’s findings point to two areas where the biggest opportunities for those filing cannabis patents lie. First, in specific cannabinoid and terpene profiles and formulations, and secondly, in industrial-scale fermentation approaches to production that can deliver specific, quality-assured cannabinoid profiles for use in food and beverages.

Specific formulations derived from cannabis distillation methods provide fertile ground for potential patent protection. The majority of pure THC or CBD distillates remove the terpenes present in cannabis, providing a highly potent distillate that can be added to almost any recipe.

Terpenes are a large and diverse class of organic compounds, produced by a variety of plants, and are largely responsible for the smell and taste of cannabis. Terpenes are believed to interact synergistically with cannabinoids to improve the efficacy of medical marijuana.

The ability to add distillate to almost any recipe combined with the ability for producers to more accurately dose their products via distillates makes this delivery mechanism highly desirable. However, as this method removes terpenes that are present in the cannabis plant, many producers are looking for ways to add these terpenes back in to reintroduce certain flavour profiles (eg, the fruity taste certain flowers can have).

Taking the guess work out of analysing cannabis edibles…

There is great potential for producers to ascertain precisely which terpenes are present in different cannabis strains (C. indica; C. ruderalis; C. sativa), and which of these terpenes should be added back to the distillate to achieve specific flavour, psychoactive, or medical effects. There is also potential for non-cannabis specific terpenes to be added back into distillates. New, novel methods around extracting, synthesising, and re-introducing terpenes, once patented, could provide a high level of competitive advantage.

Paul Bremner is a research analyst at PatSnap focused on innovation trends across industries and is an advocate for business intelligence via patent analysis. Paul is an experienced analyst with more than six years’ experience producing patent analysis reports, market reports and custom research and consultancy for a broad range of clients.