New Food speaks to Mikael Johansson about why he thinks prioritising brew quality is key to Carlsberg’s international success. 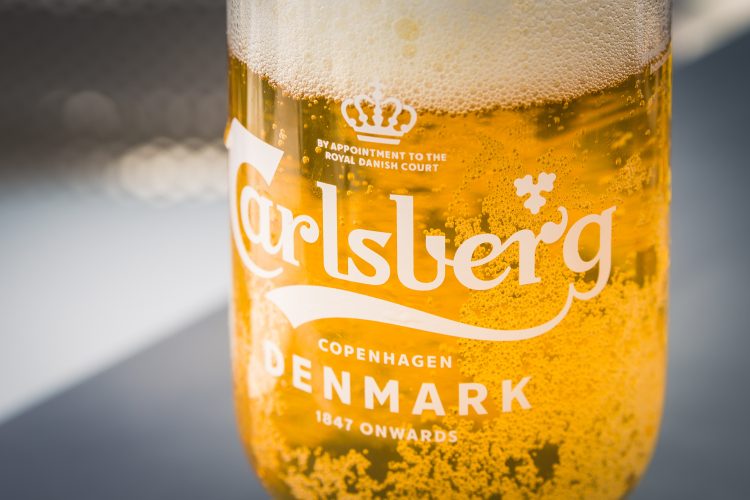 What comes to mind when you think of lager? A freshly pulled pint? An evening with friends? Whatever it is, more often than not you’ll see a Carlsberg logo (or one of its many brands) on the taps. Mikael Johansson, Global Marketing Manager of Carlsberg, recently spoke to New Food about the journey the company has been on in the 175 years since it was founded to become a globally recognised alcohol brand.

The backstory of beer

Typically produced by extracting raw materials with water, boiling (usually with hops), and fermenting, beer has been around for centuries. In fact, according to the World History Encyclopaedia, a date of 4000 BCE is usually given for the creation of beer.

Fast forward a few thousand years, Carlsberg was founded in 1847 in Denmark by J.C Jacobsen when he opened a large brewery on Valby Hill outside Copenhagen. Since then, in 2021 Statista has reported the Danish company produced volume sales amounting to 119.6 hectolitres.

Carlsberg itself claims that it has a “global presence”, with the brand being “enjoyed in more than 150 markets worldwide”. Echoing this, Johansson told New Food that part of the reason for its global success it down to its “relentless and consistent focus on brew quality”. 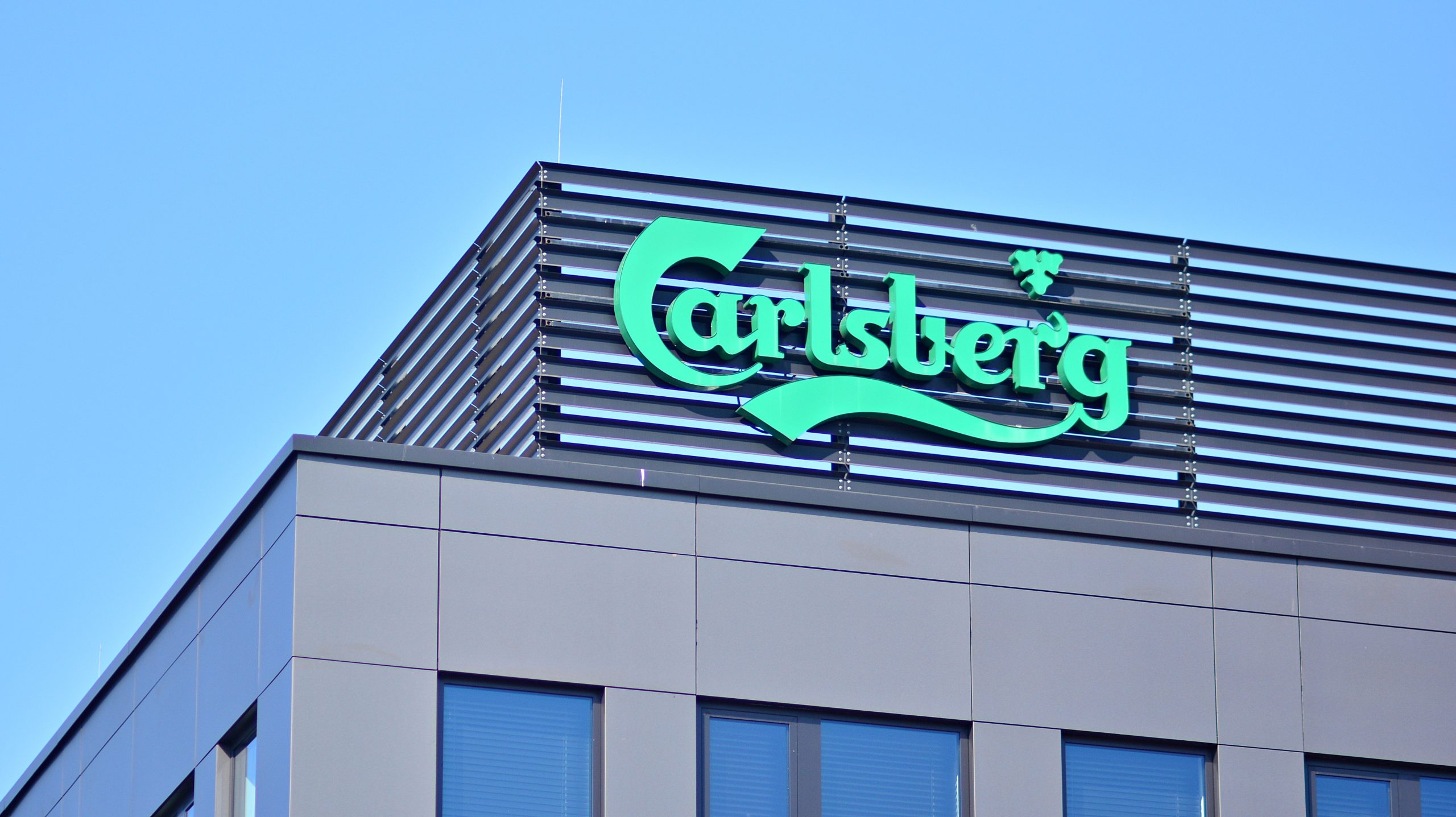 Carlsberg claims that its products are enjoyed in more than 150 markets worldwide.

“I think consumers pay and come back for quality, so without that, any brand wouldn’t make it.”

Stating that Carlsberg is always looking for improvements, Johansson said that there is a “culture in the company for innovation”.

“We always want to make products better and not allow ourselves to be stuck in the past.”

Appealing to everyone, everywhere

Johannsson disclosed that it was important for Carlsberg to push branding in certain markets across the world depending on their market maturity level.

“There are markets that we definitely push the brew quality when it comes to branding. Some markets already have quite a good perception but with others we tend to focus on getting our branding out there.”

Citing Asian markets as an area where branding is key, Johannsson went on to explain that Western European markets tend to sell the products themselves.

Boasting a product portfolio containing hundreds of products, Carlsberg currently offers consumers a wide variety of options to choose from, with brews with various alcohol percentages and even options with low/no alcohol content.

The rise of low/no

Catering for the demand, Johansson explained: “In recent years there has definitely been an extension with the purchase of low/no alcohol products”. 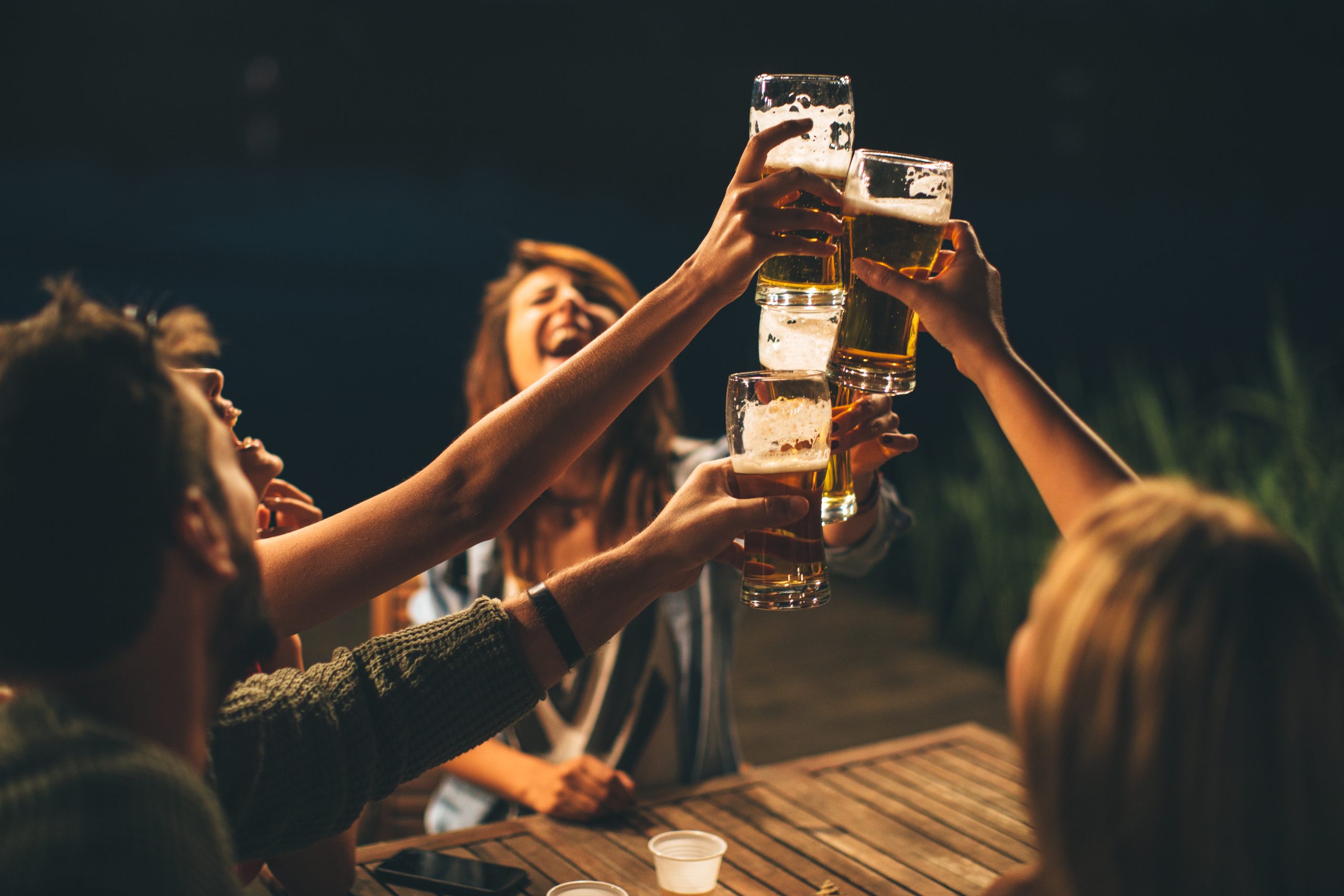 “In recent years there has definitely been an extension with the purchase of low/no alcohol products,” said Johansson.

“There is a trend in moderation for low alcohol beer, but it’s still going to be linked to what we call the high ABV (alcohol by volume) beer,” said Johansson.

Suggesting that consumer demand for low/no alcohol options is driven by its ability to be “consumed on more occasions than before”, Johansson observed that “in all regions, in all markets, we have seen that [the demand for] alcohol-free beer is growing like crazy.”

When asked whether he thought low/no alcohol options will be the future of beverages, Johansson stated that there will “always be a need” for them.

“They fulfil different needs for the consumers. So I think they will work in parallel [to alcoholic options]. I think that alcohol free beers have contributed [to the way that] you can now have it before a workout. There’s so many opportunities in terms of occasions where you can now have a refreshing beer.”

Developing for the demand

Johansson made it clear that it was important to Carlsberg to develop and innovate according to demand.

Carlsberg is currently the third biggest beer company in the world (according to German hop manufacturer BartHaas) so in order to maintain its status, Johansson agreed that developing new products is a pivotal step in Carlsberg’s production process.

Labelling innovation as an “intuitive process”, Johansson said that Carlsberg’s research labs are “leading projects that are then applied to the brand”.

Creating a new product could take six months or five years according to Johansson, as it is reportedly “dependent on the size and scale of the actual innovation”.

To create new products “it’s a mix between the commercial and overall consumer trend but it also comes from our research-led, future looking innovations from the research lab.”

Branding Carlsberg’s lab researchers as an “innovative force”, Johansson disclosed that the company has a “one of a kind” cultural research lab, defining the premises as an institution where “brew geniuses” work.

Along with the researchers, Johansson claimed that “they make sure that the beers of the future are as fantastic as they are now. Both from an ingredient point of view, but also from sourcing – looking at how we crops and use water.”

Finding an example of the brew geniuses work, the Global Marketing Manager mentioned Carlsberg’s Wheat Larger (a product released for its 175th anniversary).

“It’s technically extremely hard to brew. It’s 100 percent wheat malt lager. Usually you use a mix of barley malt and wheat malt, but they made it happen.

“It’s an effective way for us to show that we can push the boundaries above what beer can actually be.”

Raising a pint to the past… and future

Keeping the founder’s legacy in how Carlsberg innovate today seemed important to Johansson. He told New Food that Carlsberg has a new office in Copenhagen in the same place where the original brewery was.

Speaking more on coming full circle after global success, Johansson said that a mantra in the Carlsberg office is “always burning”, something that he says reflects the way that “we are never satisfied”.

“There are always things to improve. That was very present when the founder started Carlsberg. We’re not stuck in the past, we’re always looking to the future.”

Going forward, Johansson said that it is important to Carlsberg to customise beer so that consumers are as pleased with with their pint as they always have been.