During a trip to Kerry Global Innovation Centre, our Editor discovers three huge trends emerging in the world of food and drink: plant-based 3.0, functional upgrade and kitchen redefined. Here’s all you need to know about them… 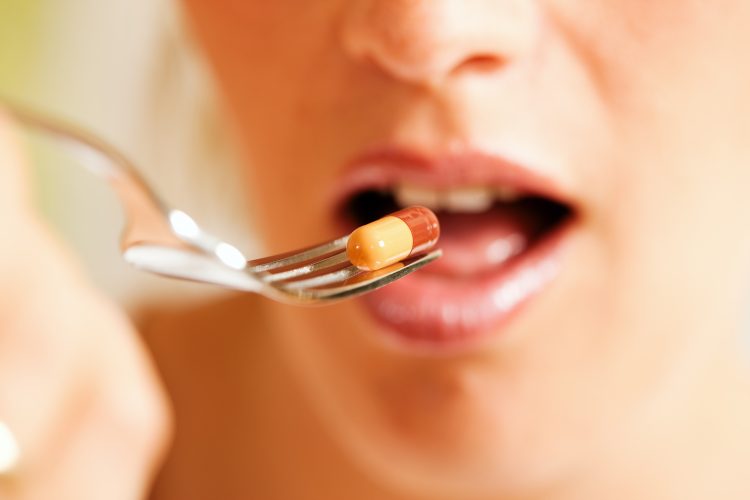 I was recently invited to tour the facilities of Kerry Group’s impressive Global Innovation Centre in Naas, Ireland. During my visit, the company divulged details of several trends its witnessing within food and drink industries.

These include the below six categories:

The talks focused on function, kitchen redefined and plant-based 3.0, so one imagines these are the most prominent of the six emerging trends. Here, New Food takes a dive into what each of these three trends comprise, so you can get equipped for the future.

The lines between nutrition and bio-pharma are blurring.

Melissa Sheridan, Senior Strategic Marking Director for Applied Health and Nutrition at Kerry, reeled off a few key statistics during her presentation to confirm this trend, including the fact that “six in 10 consumers proactively seek added functional benefits from everyday food”. But she also highlighted the importance of science-backed products, citing that 37 percent of consumers are motivated to purchase healthy lifestyle items after seeing the scientific data that supports it. In other words, you can’t pull the wool over consumer eyes – claims mean nothing without the science. 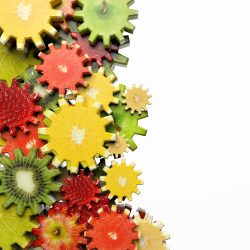 There has been, according to Kerry’s research, an 11 percent growth in annual launches of functional food and drink; so it’s a category worth keeping an eye on.

In fact, in his introduction to the day’s talks, Edmond Scanlon, CEO of Kerry Group, also mentioned the amalgamation of pharma and food: “Our research suggests people prefer supplements through food over pills – that is a global trend.”

Within this category, the organisation is seeing a big push for digestive health and immunity, as well as a rising trend in cognitive health, women’s health, and joint and heart health.

Dr Collins explained that most consumers will pick an occasion to take supplements – or food with function – with breakfast being the most common. As such, Kerry has helped developed a number of breakfast innovations – including an immunity boosting product which can be pumped into your morning coffee, similar to the way a syrup would be added.

However, Kerry has also seen opportunity in products for several eating occasions – including the lunchtime gym session, afternoon snack, post-dinner and bedtime. Depending on the time of the day, the products should be designed and consumed in a different way. For example, Kerry has created a probiotic tea for bedtime (in which boiling water does not kill the probiotic!).

Interestingly, certain associations with particular food types – for example, lemon and ginger as immunity boosting ingredients – remain, and have been taken on board by Kerry as flavours to include within their products. By having such flavours, the product meets the consumer’s longstanding, pre-existing perceptions.

Kitchen redefined is about the changing role of the kitchen and a concept which encompasses four microtrends. These are helping hacks, recreating the normal, fed-up foodies and pride – movements which have been driven by the way in which Covid reshaped how we consume food.

Although a b2b company, Kerry acknowledges the importance of following consumer trends, like kitchen redefined, in order to best guide its own customers in the development of new products.

“If convenience has been the biggest driver in the last 50 years, alternative protein will be the next biggest in the following 50 years,” Scanlon said.

Whether it’s plant- or cell-based, or a hybrid version, the Kerry Group CEO believes it’s an inevitable future food.

Ian Carroll, Senior Strategic Marketing Manager for Plant Based Foods at Kerry, also spoke of the evolution of plant based. He noted that we are heading towards its third revolution. Plant-based begun its journey as a niche market of vegetarian and vegans driven by ethical concerns, until it reached a point wherein flexitarianism emerged – a movement spurred on by health, sustainability and animal welfare. 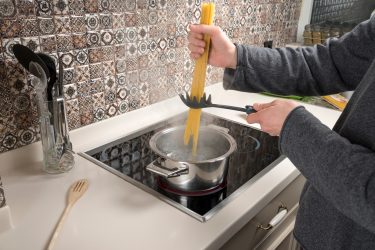 Kerry predicts we’ll see a kitchen revolution, encouraged by the rise of social media life hacks, among other aspects

Plant-based 2.0 was a game-changer for the category because its audience now had meat as a benchmark.

As we move towards plant-based 3.0, whereby the sector enters the mainstream, compromise will no longer be excepted. However, the health halo that surrounded plant-based will no longer exist either. Instead, consumers will begin to question claims; they want to understand how their plant-based products were made.

According to Carroll, that understanding of the process behind plant-based is not yet well or widely understood by the public, but businesses operating within this category can be certain they’ll need to soon provide it.

“We need to move to a point where consumers shift to plant-based not because its plant-based but because they enjoy it. So it becomes a functional and emotional choice,” Carroll added.

Even if a product tastes good, if the texture is wrong – for example mushy – consumers won’t like it, he affirmed.

“Currently, many of the plant-based options on the market lack variation in texture.”

It’s something we’ve heard time and time again, but as Carroll summed up: “Texture and taste is the winning combination.”