The plant-based protein to watch out for…

With sales of plant-based proteins going through the roof around the world, Fay Allen takes a look at one product that looks set to take the industry by storm… 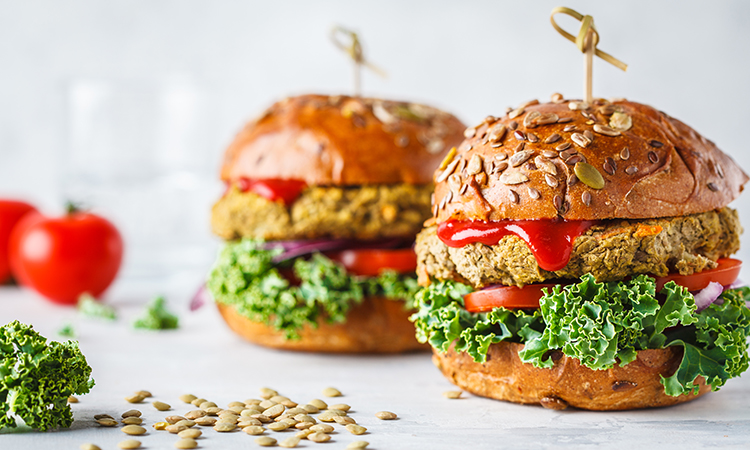 The global plant-based food industry is booming. Grocery sales of plant-based foods in the US outpaced overall food sales growth by more than five times in 2019,[1] and UK sales are expected to exceed £1.1 billion by 2024.[2] This growth has been driven by changing consumer attitudes and habits towards meat consumption; in part, due to an increased global awareness of the impacts of traditional agricultural practices on climate change, human health and animal welfare.

This combined with the growing demand for food, particularly protein, and we are left with the big question of where to source protein for human consumption. Plants and fungi may be the answer, due to their lower carbon footprint and healthier nutritional profile compared to animal protein. While traditional plant-based meat alternatives, such as tofu, tempeh and seitan, have been eaten for centuries, in recent years plant-based meat analogues (PBMAs)[3] have emerged as a new class of plant-based proteins.

The Good Food Institute defines plant-based meat as “structured plant- or fungus-derived foods designed to replace animal-based meat”.[4] PBMAs mimic the sensory attributes of conventional meat (taste, smell, texture and aesthetics) and can be cooked using similar methods as animal meat products. The nutritional profiles of PBMAs vary: some have lower levels of saturated fat and cholesterol, fewer calories, and higher levels of micronutrients than conventional meat,[5],[6] while some even contain higher levels of protein than the animal meat they are mimicking, such as the bacon analogue from THIS™.[7] PBMAs are distinct from plant-based meat alternatives, such as tofu, in that their aim is not simply to provide an alternative plant-based protein source, but to mimic conventional meat so closely that they are equivalent in all but their starting materials. PBMAs are thus a mass market product, intended to be eaten by both meat eaters and non-meat eaters.

The ingredients: protein sources and additives

The bulk of a PBMA is made from plant-based proteins, commonly soy, pea and wheat proteins. Many of these are already used in traditional plant-based products such as tofu and seitan, but PBMAs go further than meat alternatives by using additives to create a more “meat-like” experience. These include colourings, such as beetroot juice and texture-enhancing polysaccharides and hydrocolloids.[8]

As the saying goes, people eat with their eyes first, and this is no different for PBMAs. Consumers feel more comfortable with products that behave similarly to conventional meat, therefore many of the ingredients used in PBMAs help mimic the behaviour of conventional meat during cooking. For example, heat-stable caramel colouring agents, malt extracts and reducing sugars are added to make the PBMA transition from red to brown upon cooking,[9] mimicking the browning effect of conventional cooked meat. Soy leghemoglobin (SLH), an oxygen carrier similar to myoglobin in muscle, is an ingredient in Impossible Foods’ ‘Impossible Burger’ which, when heated, forms a red-tinted liquid that mimics the “bleed” in meat, and provides a characteristically metallic meat-like flavour.[10] Meanwhile, pea proteins can form heat-induced gels[11] to encapsulate beetroot-based “blood” as in Beyond Meat’s ‘Beyond Burger’. Plant fat encapsulation is key to retaining moisture and fat during heating.

A fundamental characteristic of conventional meat is its fibrous nature, which contributes to its texture and mouthfeel. This is especially true for “whole muscle” meat like steak, but also for ground meat. However, plant-based proteins are typically globular; therefore, to mimic this anisotropic structure, plant-based proteins must be unfolded, cross-linked, and re-aligned to form fibres.

A well-established technique for achieving this is using High Moisture Extrusion Cooking (HMEC), wherein the protein, water and any other ingredients are mixed, before being heated under pressure and then cooled, forcing the fibres to align and creating a modified textured protein.[12],[13],[14] Another technique is shear cell technology, which creates a shear zone using two rotating cylinders and applies heat, generating fibrous structured plant-based protein.[15] Importantly, shear cell technology looks promising for meeting scalability requirements.

PBMAs have seen huge market growth, and the big players have amassed high levels of investment. Impossible Foods has aggregated more than $1.3 billion in total disclosed funding[16] and was valued at $4 billion in March 2020.[17] Its rival Beyond Meat went public in 2019, at a valuation of nearly $1.5 billion.[18]

Interestingly, some of the biggest investors in this field are the incumbent meat producers. Tyson Foods, one of the largest US meat companies, now pitches itself as a protein company rather than a meat company and has set up its own fund: Tyson Ventures. They have invested in many plant-based companies, including Beyond Meat and New Wave Foods.[19]

Venture capital firms and accelerators are also involved, such as IndieBio and New Crop Capital. Big Idea Ventures, a hybrid venture firm offering an accelerator programme focused on plant-based food startups, closed a $50 million fund in May 2019 and a $6.5 million fund in June 2020.[20]

The UK market is also active. UK-based PBMA company THIS™ launched in June 2019 after a £1 million pre-seed round. They have now secured £4.7 million in seed funding.[21]

PBMA companies are partnering with retailers to reach consumers. Impossible Foods has partnered with Burger King to launch the ‘Impossible Whopper’, while Beyond Meat’s share prices rose after the recent announcement of their partnership with McDonald’s to create the McPlant range, which will be launched in key markets in 2021.[22]

PBMAs and IP: what can be protected?

Intellectual property (IP) protection is vital to enable companies to secure a monopoly over their inventions, protect investments and recoup R&D costs. The growing number of players in this field means securing IP rights will become increasingly important. The multifactorial nature of PBMAs offers many opportunities for patent protection. Product patents can protect the novel ingredient combinations used for flavour and aroma, and can protect the PBMA product itself, defined by its ingredients and composition, such as moisture content. Process patents can protect the methods that alter the plant-based protein properties, as well as the specific conditions used in these processes, such as temperature and pH. In particular, methods for isolating and purifying the proteins from the raw plant material may be protected by method claims, and are likely to be relied upon more as attention shifts upstream.

New machines and production systems developed to make PBMAs – such as bioreactors, incubators and shear cells – can be protected by product patents and patents covering their use in the production of PBMA products. Interestingly, it is likely that many of these patents will be applicable across multiple products, meaning innovators could leverage or licence their patent portfolios not only over their competitors, but over those producing non-competing products.

What can we expect next from PBMAs?

Plant-based seafood analogues have been attracting increased funding due to a raised global awareness of global fish stock depletion. There are already some huge players in this area, such as Good Catch Foods, which raised $32 million in Series B funding in January 2020. They use lentil, chickpea and other legumes to make alternative protein-based tuna, crab cakes and fish patties. New Wave Foods has received backing from Tyson Ventures and uses pea protein and algae to make imitation shrimp.[23]

The first generations of PBMAs relied heavily on soy and wheat protein, which are by-products of other industries and so have the advantages of established supply chains and availability. They have some nutritional and structural benefits, but also present problems in downstream processing, such as anti-vitamins that reduce bioavailability of nutrients in the body. Attention is now shifting upstream: rather than trying to fix downstream problems that are inherent features of the crop used, research is turning towards finding alternative crops or genetic modification of existing crops to prevent these problems occurring in the first place.

Currently, PBMA technology is limited to ground and shaped meat analogues. Although work is ongoing to develop a whole muscle PBMA, such as a plant-based steak, it seems likely that the race will be won by cellular agriculture.

In March 2020, Impossible Foods reduced its price for distributors by 15 percent on average, as continued production records drove down their costs.[24] Prices are likely to continue to fall across the board, making PBMAs ever more competitive with conventional animal meat.

PBMAs are an active area that continues to attract large amounts of investment, which drives the iterative research developing the next generations of PBMAs. Excitingly, they have proven to be largely resistant to the challenges of the current pandemic: in the US, plant-based meat sales increased by 264 percent over a nine-week period to 2 May 2020,[25] and while many meat processing factories shut down, numerous PBMA factories were able to stay open due to more automated production lines. Driven by consumer demand, large investment and technological advances, PBMAs look set to become a regular on menus and supermarket shelves everywhere.

Fay is a Technical Assistant in the Life Sciences patent team at intellectual property firm Mewburn Ellis. She has specific expertise in the areas of synthetic biology, microbiology and metabolism 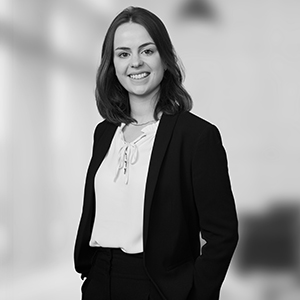