New data from the Good Food Institute and the Plant Based Foods Association has shown that plant-based meat, eggs, and dairy continue to outpace conventional animal products and remain a key engine for growth in the US retail market. 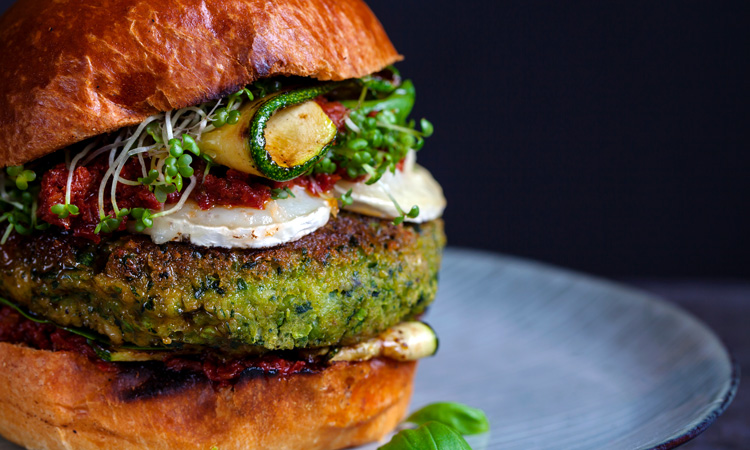 New data released by The Good Food Institute (GFI) and the Plant Based Foods Association has revealed that US retail sales of plant-based foods continued to increase by double digits in 2019, growing 11 percent, bringing the total plant-based market value to $5 billion.

Dollar sales for the total US retail food market grew just two percent during this same period, suggesting that plant-based remains a key driver of growth for retailers nationwide. Commissioned from SPINS, a market research firm, the data is said to cover measured channels within the total grocery marketplace.

The value of plant-based meat — the second-largest category — is approaching $1 billion, with sales growth of 18 percent in 2019, according to the data. The plant-based meat category is now worth $939 million, having grown over six times faster than conventional meat and accounting for two percent of retail packaged meat sales.

According to IRI, a market research firm, 14 percent of US households now purchase alternative meat. The refrigerated segment accounts for most of the growth in the plant-based meat category, with new products increasingly shelved adjacent to conventional meat. This placement is said to have helped propel the refrigerated segment’s growth of 63 percent in 2019 by introducing the category to more consumers.

Plant-based milk — the largest category — has now surpassed $2 billion and accounts for 40 percent of the total plant-based food market, the data revealed. Even as the most developed category, plant-based milk grew five percent in dollar sales and sold seven percent faster in 2019, while cow’s milk sales were reportedly flat.

Almond milk was said to be the category leader and made up 65 percent of dollar sales. Oat milk was the fastest-growing type of plant-based milk, with dollar sales rising 686 percent in 2019.

“Clearly plant-based is a lasting trend that is gaining power over time,” said The Good Food Institute Associate Director of Corporate Engagement, Caroline Bushnell. “We see a steady rise in products year over year across regions, which indicates that this is not a bubble or a fad, but a real change in consumer behaviour. This is a tipping point, with so much product innovation yet to hit the market.

“Shifting consumer values have created a favourable market for plant-based foods, which have significantly outpaced overall grocery sales increases for three years running, making plant-based foods a growth engine for both manufacturers and retailers. This is really only the beginning: plant-based foods will continue to expand rapidly across the store in response to demand as consumers increasingly switch to foods that match their changing values and desire for more sustainable options. We expect further acceleration in 2020.”