A bacterium which makes rice plants more resistant to disease has been discovered in the seeds of a crop in China. 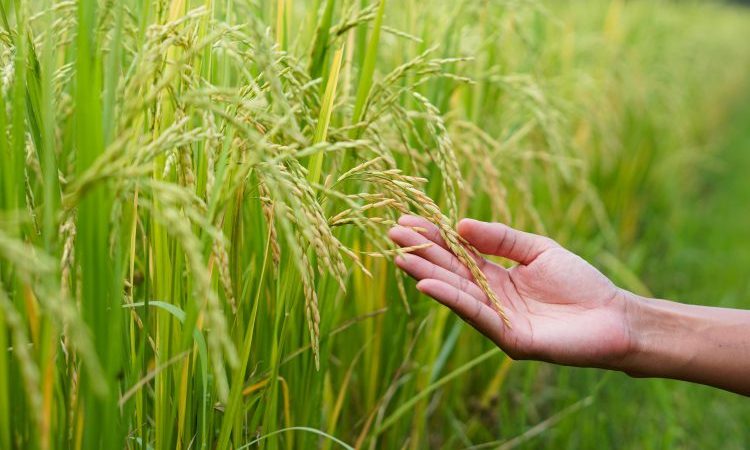 A bacterium from a rice plant in China is thought to have good disease-resistance properties.

Scientists from Austria think they have found the key to breeding more disease-resistant rice plants, a breakthrough which could improve the security of one of the world’s most important food sources.

Rice is the staple food of about half the world’s population. The cultivation of the rice plant is very water intensive and, according to the German aid organisation Welthungerhilfe, around 15 percent of rice is grown in areas with a high risk of drought.

The breeding of resistant plants is the only alternative to using pesticides, yet this way of fighting crop disease is only moderately successful. If the plants are resistant to one pathogen thanks to their breeding, they are usually more susceptible to other pathogens or are less robust under adverse environmental conditions.

For this reason, an international research group, which includes the Institute of Environmental Biotechnology at Graz University of Technology, has been studying the microbiome of rice plant seeds for some time now in order to establish correlations between plant health and the existence of certain microorganisms. The group has now achieved a major breakthrough.

They identified a bacterium inside the seed that can lead to complete resistance to a particular pathogen and is naturally transmitted from one plant generation to another. According to the research team, the findings published in the scientific journal Nature Plants provide a completely new basis for designing biological plant protection products and additionally reducing harmful biotoxins produced by plant pathogens.

In conventional rice cultivation in the Chinese province of Zhejiang, it was observed that one genotype of rice plant (cultivar Zhongzao 39) sometimes develops resistance to the plant pathogen Burkholderia plantarii. This pathogen leads to crop failures and also produces a biotoxin that can cause organ damage and tumours in persistently exposed humans and animals.

“Up to now, the sporadic resistance of rice plants to this pathogen could not be explained,” said Tomislav Cernava from the Institute of Environmental Biotechnology at Graz University of Technology.

Together with the head of the institute Gabriele Berg and his colleague Peter Kusstatscher, Cernava has been investigating the microbiome of rice seeds from different cultivation regions in detail in the context of a collaboration with Zhejiang University (Hangzhou) and Nanjing Agricultural University in China, as well as the Japanese Hokkaido University in Sapporo.

The scientists found that the resistant plants have a different bacterial composition inside the seeds than the disease-susceptible plants. In particular, the bacterial genus Sphingomonas was found significantly more often in resistant seeds.

The researchers therefore isolated bacteria of this genus from the seeds and identified the bacterium Sphingomonas melonis as the responsible agent for disease resistance. This bacterium produces an organic acid (anthranilic acid), which inhibits the pathogen and thereby renders it harmless.

“This also works when the isolated Sphingomonas melonis is applied to non-resistant rice plants. This automatically makes them resistant to the plant pathogen Burkholderia plantarii,” explained Tomislav Cernava.

In addition, the bacterium establishes itself in certain rice genotypes and is then passed on naturally from one plant generation to the next. “The potential of this finding is enormous. In the future, we will be able to use this strategy to reduce pesticides in agriculture and at the same time achieve good crop yields,” added Cernava.