Research from academics across the US has revealed unhealthy food advertising has made its way onto educational websites and devices in recent months. 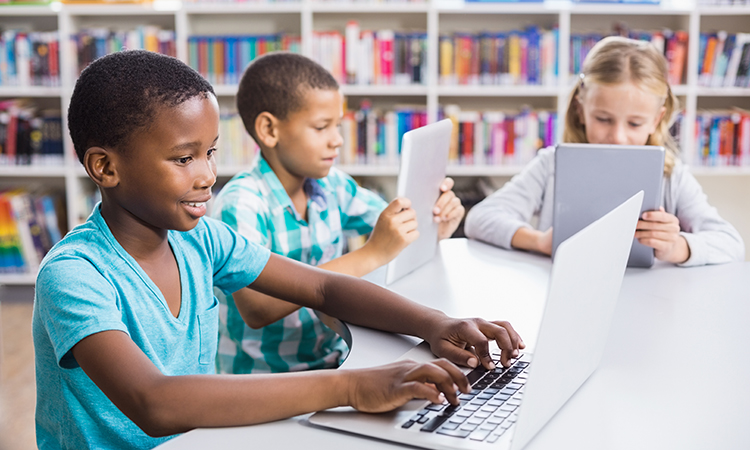 As children get more of their education online, there are concerns that they are being exposed to unhealthy food advertising.

A new study, published in the American Journal of Preventive Medicine by a team of researchers and advocates, including staff from Dartmouth College, claims that current gaps in the regulation of commercial educational websites are exposing children to unhealthy food advertising.

“Our main issue is that if the USDA (United States Department of Agriculture) does not deem products to be nutritious enough to sell in schools, companies shouldn’t be allowed to advertise them on school-issued devices that children now need to use because of the COVID-19 pandemic,” explained Jennifer Emond, PhD, MS, an assistant professor of biomedical data science and of pediatrics at Dartmouth’s Geisel School of Medicine and lead author on the paper.

After doing extensive research on the topic, the study team visited several of the most popular commercial educational websites between March-July 2020. They scanned for the presence of unhealthy food marketing and found a number of ads for sugary cereals, fast food and packaged kids’ meals on websites such as ABCya!, which offers more than 400 educational games and apps for children in pre-kindergarten to fifth grade.

As part of their research project, the core group, which now includes a coalition of more than 20 academic, public health, education and advocacy organisations, wrote letters to the major companies involved and their governing agency, the Children’s Food and Beverage Advertising Initiative (CFBAI), requesting that they stop food marketing on educational platforms for children.

They also reached out to the USDA, asking that the agency issue guidance on the topic and to help strengthen schools’ local wellness policies, which traditionally have been focused on prohibiting unhealthy foods and beverages in classrooms and on school grounds.

As a result, the research team says a number of major food companies – including McDonald’s, General Mills, Kraft Heinz, and Kellogg’s, which advertise products like Happy Meals, Lunchables and Frosted Flakes – pledged to stop food marketing on educational websites for the remainder of the year.

While these were notable steps for the companies and CFBAI, which is responsible for the self-regulation of child-directed food marketing in the US, the pledges aren’t permanent and they allow for many exceptions, said Emond, who added that the group plans to make a new request to the USDA to limit this type of marketing under the incoming Biden administration.

“We want to see the USDA make sure that the food marketing policies within schools also cover school-issued devices. And we want the companies to follow suit – to not market their products on any computer, app, platform, or website that promotes itself as educational curriculum,” she continued.

Fran Fleming-Milici, PhD, a co-author on the study and Director of Marketing Initiatives at the University of Connecticut Rudd Center for Food Policy and Obesity, added: “When parents and teachers direct children to educational platforms to support online learning, exposure to the marketing of junk food should not be part of that experience. Children’s education and health should be put ahead of companies’ profits.”