Trade associations have warned that without more vets to sign off on export health certificates, food trade between the UK and EU member states could suffer. 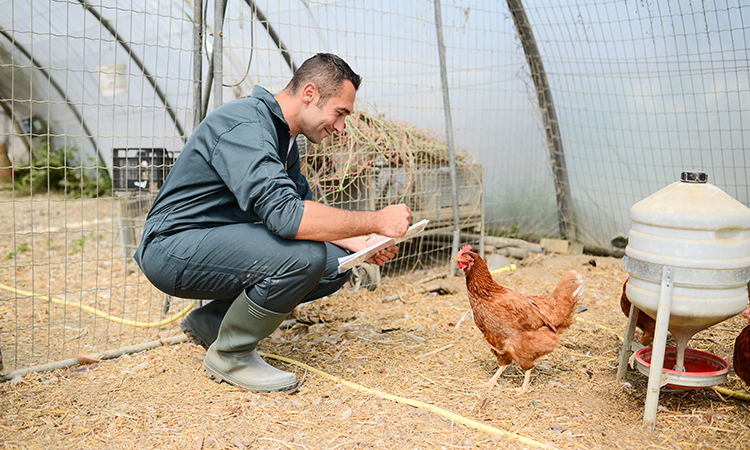 A letter signed by 29 trade associations from the food, logistics, and farming industries, has been sent to the Department for Environment, Food and Rural Affairs (Defra) secretary George Eustice MP. In this, they have pleaded for more vets to be made available for what many expect to be a massive spike in demand for export health certificates (EHCs) come 1 January.

At the end of this month the Brexit transition period will end, which means UK exporters of meat, seafood and dairy must adhere to new regulations if they want to continue to trade with EU member states.

One such piece of regulation is the export health certificate, which is required for certain animal-based goods travelling to destinations outside of the UK. At 00:01 on 1 January, UK businesses will also need to obtain an EHC for their products to travel to EU countries such as Germany and France. As part of the EHC, a qualified vet is required to sign off on the consignment, which is why so many associations have expressed their concern to George Eustice MP.

The letter acknowledges the fact that the number of qualified Official Veterinarians has increased from 600 to 1,200 since July 2019, yet it claims that there is “no clarity on how many of these vets, that have undertaken the relevant training course, will actually be employed in meeting the estimated 10-fold increase in demand for export health certificates after 1 Jan.

“We do know the vast majority will not be working full time on this and will be attending to other practice duties.” 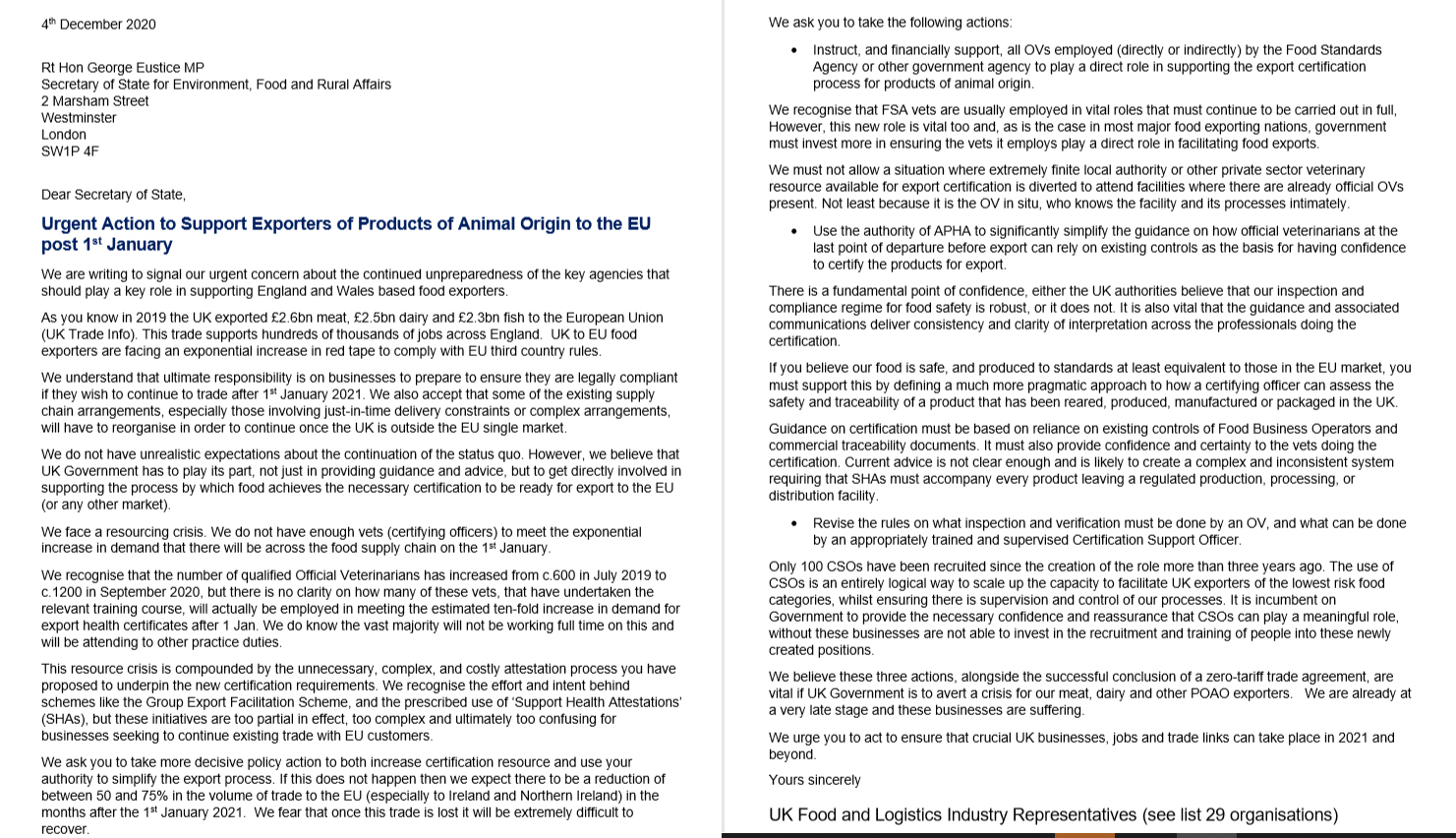 The letter has been signed by 29 trade associations and calls for Government help to deal with red tape after the transition period ends.

The 29 signatories have asked George Eustice MP to make the export process simpler. Without action from the UK Government, the letter claims there will be a 50-75 percent reduction in trade volume to the EU (especially to the Republic of Ireland and Northern Ireland) in the early months of next year. It warns that any trade lost may be difficult to recover.

Alongside Official Veterinarians, the role of Certification Support Office (CSO) has been created to help ease the expected backlog of work next year. However, the letter claims that only 100 CSOs have been appointed since the role was created, and the amount they can actually sign off on is limited. According to the signatories, the amount of work CSOs can undertake needs to be increased so that businesses can invest in the role and appoint more officers.

Shane Brennan, Chief Executive of the Cold Chain Federation, submitted the letter to Mr Eustice on behalf of the signatories. “Businesses throughout the food supply chain are working hard to prepare for the new requirements for exporting meat and dairy products to the EU, but the Government has to play its part too,” he said.

“The shortage of Official Veterinarians to meet the great increase in demand for Export Health Certificates is going to be compounded by the complexity and cost of the processes underpinning the new certification requirements.

“The food and logistics industries have been raising this issue with Government for the past four years. We are asking the Secretary of State to use this crucial window of opportunity before the changes come into force on 1 January to increase certification resource and simplify the export process.”

There is a real sense in the letter that the UK Government is not doing enough to support businesses for what is to be a seismic change in the way trade is conducted in just 24 days’ time. It is, of course, up to businesses to make sure they are ready for the changes in January, and not the UK Government, but the signatories of this letter believe that more needs to be done to cushion what could be a hard landing for some UK businesses come the new year.