The analysis suggests that prices of fruits such as tomatoes could increase by as much as nine percent in the event of a No-Deal Brexit next month. 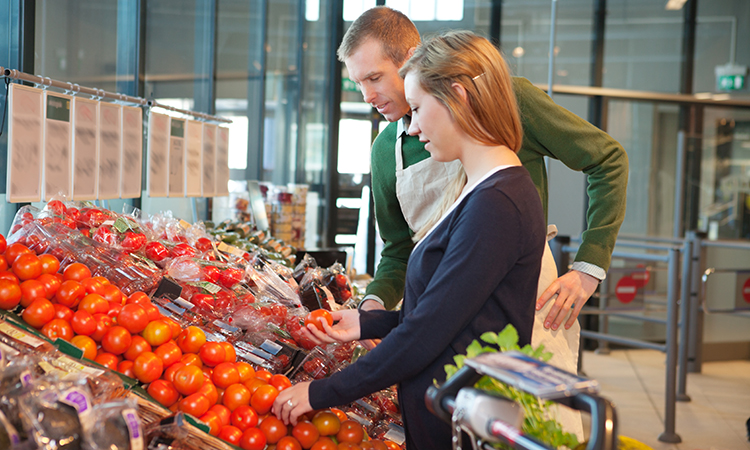 Picking up your favourite fruit or vegetable could take a bit more out of your wallet come January.

The Food Foundation and Sustainable Health and Food Systems (SHEFS) had released analysis on the likely impacts of the UK’s departure from the EU on fruit and veg prices in the UK.

Preliminary analysis from ongoing research has revealed that a No Deal Brexit would increase prices of fruit and veg in the UK. According to The Food Foundation, Britain is highly reliant on fruit and vegetable imports, currently importing 65 percent of the total UK supply.

In the event of a No Deal Brexit, imports from the EU would automatically be subject to new UK ‘Most-favoured Nation’ tariffs, which essentially means the UK cannot apply more favourable tariffs to one country over another unless it has a trade deal in place. In addition, imports from non-EU countries may also be subject to increased tariffs. As a member of the EU, the UK benefitted from around 40 free trade agreements signed by the EU. The UK has, so far, signed 25 new trade agreements.

If tariff increases are passed directly on to UK citizens, the analysis says the average British family would pay four percent more for their fruit and vegetables from 1 January 2021. Prices for some products could rise by even more: for example, tomatoes would become nine percent more expensive, according to the Food Foundation and SHEFS.

For a family of four (two adults and two children), this would mean an increase of £25-28 a year (depending on the children’s age) to their fruit and vegetable bill. If families increased their consumption to the recommended five-a-day this would cost £65 per year more for a family of four under a No Deal scenario.

Beyond the effect of tariffs, the report says Brexit also poses a range of other challenges to fruit and veg supply chains. The food industry has been warning of the potential for additional costs and significant delays at UK borders, eg, for customs and plant health checks, a lack of cold storage capacity in the UK, and the potential for shortages and concomitant food prices rises. These issues will particularly have an effect on perishable food products, including fruit and vegetables.

Why does this matter?

It is well known that fruit and vegetables are an essential part of a healthy diet, and that they are crucial in preventing diseases such as obesity and some cancers. However, according to The Food Foundation, fruit and vegetable consumption in the UK is far below the recommended level needed to help prevent disease and promote health. The average adult eats just under four portions a day and teenagers consume even less. The Foundation also claims that there is a discrepancy between the amount of portions consumed by families on high incomes compared to those on lower incomes, which would suggest that a price hike would only serve to widen this divide.

Dr Soledad Cuevas of the London School of Hygiene and Tropical Medicine, who co-penned the analysis, was alarmed by the findings. “This is the first time the newly published UK general tariffs are used to estimate the potential impact of Brexit on the cost of fruit and veg imports,” she said. “Although it’s hard to know how much of these cost increases will be passed on to consumers, these preliminary results are worrying, both for consumers and for producers.”