In a letter to Government, 21 of the UK’s major food companies are calling for more stringent regulation to ban imports of food produced from deforestation, reports BBC News. 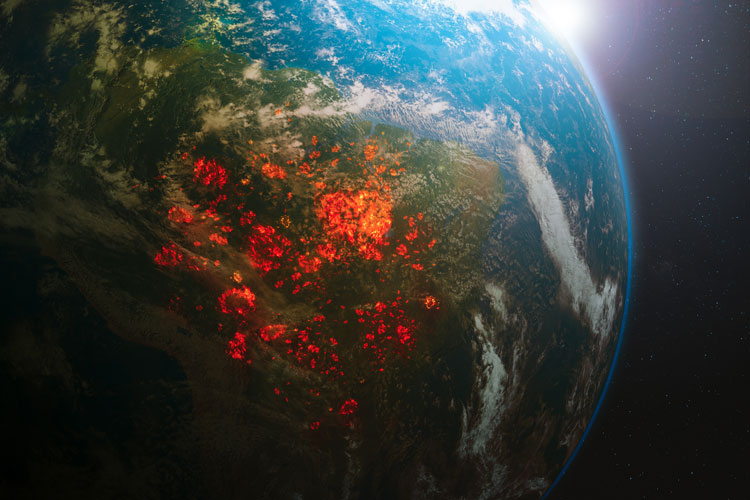 The BBC has reported that 21 food firms in the UK – including major businesses such as McDonald’s, Unilever, Tesco, Nestle and Lidl – have written a letter to the Government, urging them to widen the scope of their proposals to tackle deforestation.

Amid growing pressure from both consumers and industry bodies to see an end to deforestation, DEFRA opened a consultation period on 25 August this year, which will end at 11.59pm today (5 October 2020). Aiming to inform the Government’s decision on introducing a mandatory due diligence requirement for companies, the consultation is being criticised for not going far enough to save essential habitats and communities and to curb destructive carbon dioxide emissions.

Current plans address only the issue of illegal deforestation, which the signatories argue is only the thin end of the wedge in terms of tackling the problem.

The companies are calling for the new law to apply to all deforestation, whether legal or illegal, claiming the devastating effect on the environment is the same either way.

The letter also states that regulation should be for medium-sized firms in addition to the big players, to prevent the import of large amounts of commodities from illegally farmed land.

This Government petition is no doubt music to the ears of environmental campaigners such as Mighty Earth and Greenpeace, which has long campaigned to end destruction of rainforests and now, in fact, believes that restoring critical landscapes is essential in addition to preventing their destruction.

Such organisations argue that protecting the UK’s own landscape is ineffective if ingredients such as beef, cocoa, soy, rubber and palm oil have contributed to environmental destruction abroad.

Commenting on the inadequate nature of current legislative proposals, Robin Willoughby from the global green campaigning group Mighty Earth, said: The proposed legislation would continue to allow rampant deforestation in hotspots such as Indonesia and Brazil (where much of the deforestation is legal).

“With the Amazon in flames and forests being cut down at an alarming rate, Nature doesn’t recognise the difference between legal and illegal deforestation.”

BBC News reports that a Government spokesperson agreed that the expansion of agriculture should not damage other ecosystems and promised that ministers would explore ways to avoid this ‘displacement’ effect. She explained that addressing illegal deforestation was a natural place to start, as it accounts for nearly 50 percent of global deforestation and almost 90 percent in areas of the Amazon.

In a comment to the BBC, Asda’s Sustainable Sourcing Director, Chris Brown, said that although efforts made by Government so far are welcomed, the present plans aren’t sufficient to protect delicate ecosystems.

“We need comprehensive reporting up and down the supply chain, alongside incentives for suppliers who move towards more environmentally-responsible production,” he told the BBC.

This comes in response to consumers increasingly voicing their concerns on the issue and demanding transparency about the origins of their food and the ingredients therein.

Although some environmentalists have supported the letter to the Government, others say the proposed targets are inadequate.

McDonald’s, for instance, has set a deadline of 2030 for removing rainforest products from its supply chain, but according to BBC News, critics say this is far too late.

PPDS law to come into effect in Scotland in October