The year of the vegan barbecue: food and drink trends for summer 2018 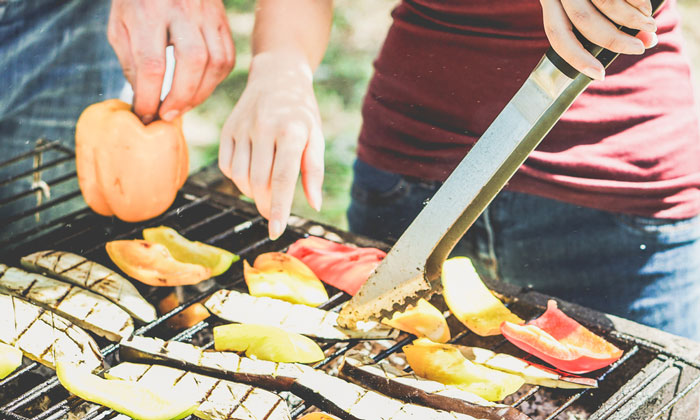 'TIS THE SEASON: Supermarkets are quickly picking up on the vegan 'meat' trend

Market experts Mintel has published its list of four food and drink trends set to blossom this summer.

Barbecue: It’s getting vegan in here

Although barbecue selection has become more diverse with the addition of fish and cheese in recent years, vegan barbecue might not have been a consideration for a meat-eater – until now.

There has been an increase in speciality vegan products, such as black bean chipotle, catering to changes in consumer tastes.

A clear trend has emerged for consumers in the UK to cut, limit or reduce how much meat and poultry they are eating; 28 per cent of adults have done this over the six months to March 2017.

Similarly, in the US, 33 per cent of consumers plan to buy more plant-based food products in the next year.

“Flavour-bursting new varieties of vegan alternatives made from innovative ingredients like Indian jackfruit, which due to its texture and flavour is becoming an increasingly popular meat substitute, will be the star of the vegan barbecue this summer.“

Ice Cream: The best of all worlds

The mythical beast that is better-for-you ice cream, characterised by low sugar and high protein has officially arrived in the UK.

Having outsold ice cream giants like Unilever and Nestlé Dreyers to become the best-selling ice cream in the US over a four week period in July 2017, Halo Top launched in the UK earlier this year.

Among UK ice cream eaters, almost a third (32 per cent) said that ‘low sugar’ would encourage them to consume more ice cream.

“As consumers look to balance their diets with an occasional treat and a boost to their mood, more ice cream brands will emerge which aim to combine indulgence and health.”

New Mintel research indicates that snacks which are designed to be a companion to beer are poised to do especially well this summer.

The combination of alcohol and salty snacks is nothing new, yet just under half (46 per cent) of UK beer drinkers would like to see more information about matching food with beer.

Similarly, many consumers are looking for bold and interesting flavours: 50 per cent of Brazilian snackers agree that unusual/exotic flavours of salty snacks are appealing, while 36 per cent of US consumers say they would buy more crisps if there are new flavours to try.

Ayisha Koyenikan, Global Food & Drink Analyst, said: “When it comes to snacking, this summer will see strong flavours and textures that are specifically designed to go with alcohol that, no doubt, will be popular during the World Cup and barbecues alike.

“Snacks that have strong textures and flavours hold up particularly well with beer and other alcohol and, thus, will win in popularity this summer.”

Amid government regulations like the UK sugar tax, consumers are getting weary of old favourites like soda, cola and lemonade.

Bold flavoured sparkling waters is a recent trend bringing naturalness and flavour to the soft bring market, and presents an alternative to sugar and artificial ingredients.

They seem to be a natural alternative for a large number of consumers: over half (53 per cent) of UK consumer agree that sparkling flavoured water is a good alternative to fizzy drinks.

“Recently, innovation in this space has reached new heights. This summer, expect to see less lemonade and more truly original mineral waters with natural flavours far beyond lemon or cucumber.”