Research has revealed that during the two years leading up to the end of 2021, Brexit cost UK consumers a total of £5.8 billion in food bills. 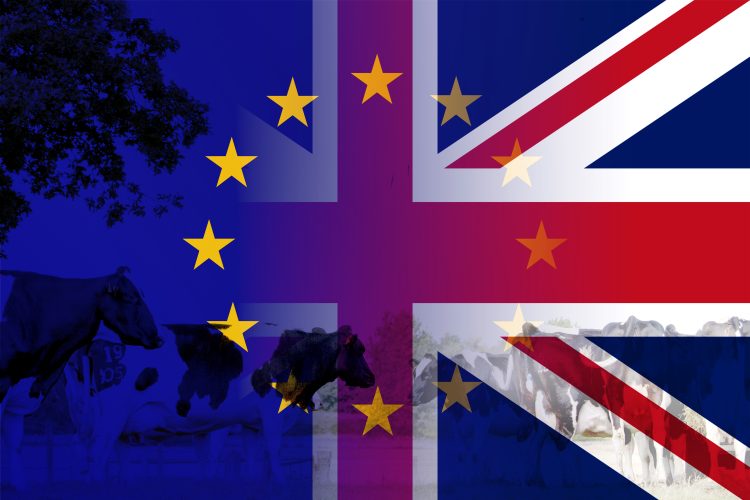 According to research, leaving the European Union (EU) added an average of £210 to household food bills over the two years leading up to the end of 2021, with Brexit ultimately costing UK consumers a total of £5.8 billion.

The study titled ‘Non-tariff barriers and consumer prices: Evidence from Brexit’ was carried out by the London School of Economics’ (LSE) Centre for Economic Performance (CEP).

According to the CEP, overall food prices increased by six percent, however it also revealed that the these increases had a “proportionately greater impact on the poorest people”. Researchers noted that this is because low-income households spend a greater share of their income on food than richer families.

Specifically, the poorest households were affected by a Brexit-induced 1.1 percent rise in the overall cost-of-living whereas the top 10 percent of households were reportedly only subject to a 0.7 percent price rise.

Commenting on the Brexit driven price changes, Richard Davies, a Professor at Bristol University and co-author of the study, said: “In leaving the EU, the UK swapped a deep trade relationship with few impediments to trade for one where a wide range of checks, forms and steps are required before goods can cross the border.”

Trade in the EU

Additionally, the researchers took an in-depth look at the “mechanisms behind the price rises”, citing the EU as a “deep” trading bloc.

Explaining the price hikes, the CEP has stated that the EU goes beyond the elimination of tariffs within its borders as it also minimises non-tariff barriers (NTB) to trade through.

In January 2021, the Trade and Cooperation Agreement was established to ensure that trade between the UK and the EU remains tariff-free, however the study claims that it “lacks the depth of the EU”.

Impacting animal and plant trade, the study explains that the food industry has been forced navigate more NTBs between the UK and EU post-Brexit. These include new comprehensive customs checks, rules of origin requirements and sanitary and phytosanitary measures.

The study’s authors found that the NTBs affected food prices, with the rise in consumer prices allegedly only being driven by products with high NTBs. The CEP has stated that there was no significant rise in prices for products with low NTBs.

Consequently, EU exporters (and/or UK importers) have to face higher costs due to the new barriers, causing between 50 percent and 88 percent of these costs being passed on to consumers.

The CEP has said that these changes have benefitted domestic producers of food, claiming they now have less competition from European imports. However, the study notes that the gains to domestic firms are outweighed by the loss to domestic consumers by more than £1 billion.

“The policy implications are stark: non-tariff barriers are an important impediment to trade that should be a first-order concern, at least on par with tariffs, for policymakers interested in low consumer prices,” said Nikhil Datta, Assistant Professor of Economics at Warwick University.