The BRC has forecasted an “increasingly bleak” winter with food inflation increasing to 12.4 percent in November. 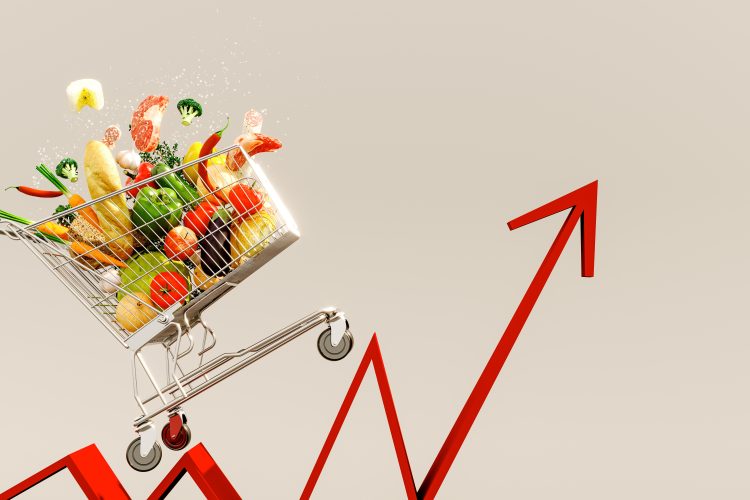 According to the British Retail Consortium (BRC), food inflation is on the rise again as in November 2022 it soared to 12.4 percent compared to October’s 11.6 percent.

According to Helen Dickinson OBE, Chief Executive of the BRC, the prices of meat, eggs and dairy have been “hit by rocketing energy costs, and the rising costs of animal feed and transport”.

Shop price annual inflation reportedly accelerated to 7.4 percent in November (up by 1.2 percent from 6.6 percent in October 2022). According to the BRC, this marks another record for shop price inflation since the index started in 2005.

Delving deeper, the BRC has highlighted that fresh food inflation has been subject to a considerable increase as it has risen to 14.3 percent, up from 13.3 percent in October. This reportedly marks the highest rate in the fresh food category on record.

What’s more, ambient food inflation accelerated to 10.0 percent in November (up from 9.4 percent in October), with the BRC stating that this to be the fastest rate of increase in the ambient food category on record.

Considering the impact on consumers, Mike Watkins, Head of Retailer and Business Insight at NielsenIQ said: “With prices still rising, the cost of Christmas will be higher this year and shoppers will be managing their budgets more closely than at any time since the start of cost-of-living crisis.”

However, Watkins has claimed that retailers could ease festive food price pressures through “offering seasonal savings and price cuts”.

According to Dickinson, “Christmas cheer will be dampened this year as households cut back on seasonal spending in order to prioritise the essentials”. However, she predicts that there could be a light at the end of the food inflation tunnel, claiming that “there are signs that cost pressures, and price rises, might start to ease in 2023”.

Offering advise, Dickinson has suggested that retailers should continue to support British consumers by fixing the prices of essentials, offering discounts to vulnerable groups, raising the pay of their workers and expanding their value ranges.

However, even with these support measures in place, food inflation is still likely to affect Brits at an already expensive time of year.