UK food and beverage costs have risen by 14.6 percent since beginning of 2022, according to the ONS. Here’s a breakdown and how the sector will be impacted… 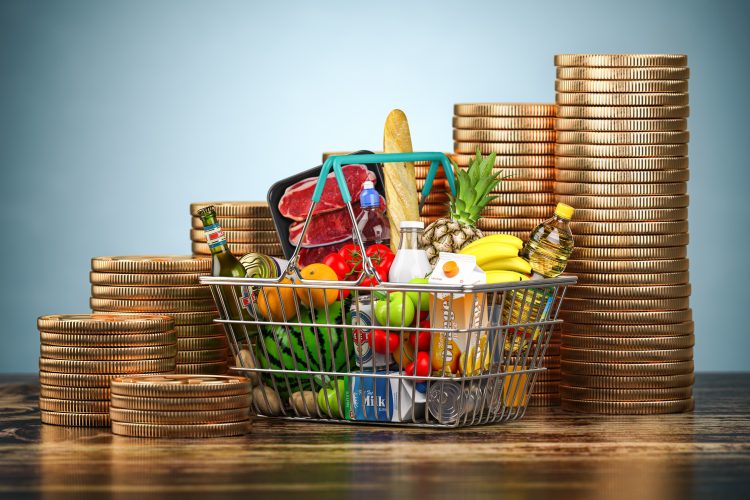 Food prices have increased by 14.6 percent between January and September 2022, marking a 42-year high in the UK.

According to the Office for National Statistics (ONS), rising food prices have made the largest contribution to the change in both the Consumer Prices Index including owner occupiers’ housing costs (CPIH) and Consumer Prices Index (CPI) annual inflation rates between August and September 2022.

The biggest drivers in food price increases included meat products, milk, cheese, bread and cereals and eggs. Significantly, the average price of a pint of milk in August 2022 was 62p, marking an all time high since records began in 1971.

There has been an overall increase in the price of food and beverage prices throughout 2022, but between August and September, prices climbed slower than the period between July and August (1.1 vs. 1.5 percent).

Along with facing higher food prices, consumers will also be looking at bigger costs across the board, with energy prices also increasing.

There are no signs of food inflation stopping either as the annual rate, according to ONS, has increased for the last 14 consecutive months. This has shifted from a negative 0.6 percent in July 2021 to 14.6 percent in September 2022 – the highest food inflation rate since April 1980.

As well as supermarket prices increasing, other food and beverage products sold in cafes may also be subject to steeper costs. According to Cairngorm Coffee Roasters and Dunns Food and Drinks by Story Shop, the price of coffee is climbing, with a flat white being set to top £4 for the first time.

Because of this, some coffee sellers are concerned about the stability of their business and whether consumers will be willing to pay more for their beverages. Robi Lambie, Coffee Roaster and Co-Founder of Cairngorm Coffee in Edinburgh, explained that he is “very concerned about the impact of inflation on [his] business”, suggesting that takeaway coffees may become an unnecessary purchase for consumers.

“One worry we have is that rising costs could push the price of coffee into a bracket where customers decide it’s more of a luxury lifestyle decision, rather than everyday morning essential,” said Lambie.

With the price of a flat white succeeding £3 in UK coffee shop chains for the first time in August, experts are now predicting the next price jump to be by more than a third by the end of 2022.

However, Lambie noted that milk has been significantly undervalued “for some time now”, meaning that he thinks inflation will “bring it into line with a more realistic price point”. Despite this, Lambie expressed that profit margins in the coffee industry are now tight, and the cost passed on to the customer has become higher.

No more eating out?

Regarding the hospitality sector, companies are concerned that, with the festive season approaching, consumers may be forced to omit luxuries such as eating out. Julie Dunn, Operations Director at Dunns Food and Drinks said: “Despite venues preparing for what is likely to be an incredibly busy festive period, rising food costs, strike disruption and increasing energy bills are going to be a huge concern for bars, pubs and restaurants across the country.”

In a crisis Dunn has labelled as “a perfect storm of price rises, strike disruption and rising energy costs”, the hospitality sector is also likely to feel the blow of the worsening cost-of-living crisis as consumers up and down the country are forced to re-evaluate their spending.

“In the last year alone, we’ve seen wholesale costs jump by around 10 percent on average each quarter, with the price of dairy products, such as butter and cheese, at an all-time high,” she added.

“With rising costs inevitably being passed on to customers, the likelihood is people will be less willing to spend on luxuries like eating out. When the festivities come to an end in January, hospitality venues are set to experience a very quiet start to the year.”

To manage high food costs, a study has revealed that nearly two in three Brits shop across multiple retailers in search for the cheapest food option.

Carrying out the study, grocery retail company Ubamarket has revealed that 64 percent of Brits state supermarket price matching and on-shelf offers do not go far enough to alleviate increasing food bills during the cost-of-living crisis.

Furthermore, 53 percent of Brits have stated that loyalty point schemes no longer help with cutting the cost of their weekly food shop.

Will Broome, CEO of Ubamarket commented: “Supermarket chains and suppliers rely on narrow profit margins, although most industries are affected by the rising rate of inflation, consumer goods and foods have felt a stronger impact.

“Suppliers will typically request small price increases, now we see suppliers requesting up to 10 percent increments to fight inflation, which is directly passed on to the consumer – at the end of the day it becomes a tug-of-war on profits and the burden lies with the consumer.”

Broome was not confident that the situation would be resolved any time soon either.

“We can expect to see food prices begin to fall in line with inflation, but this won’t happen until 2023 at the earliest,” he said.