Jeremy Hunt announces the Government will raise taxes to fund £26 billion of support for the cost of living crisis, but how will this affect the food industry? 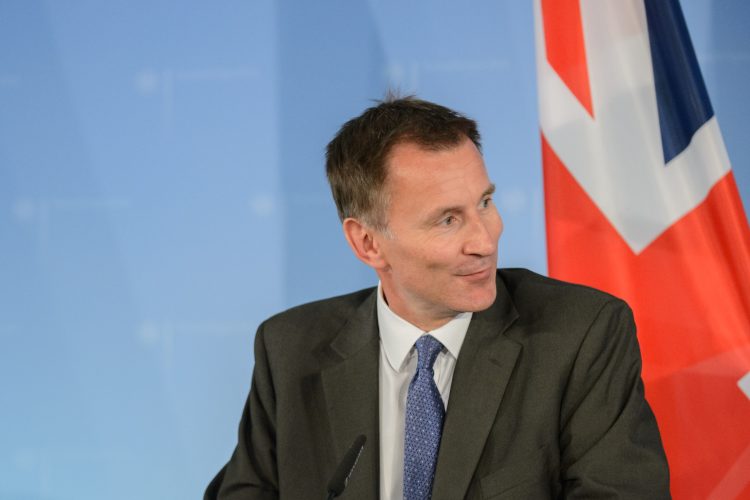 On 17 November 2022, Jeremy Hunt, Chancellor of the Exchequer, announced the Government’s new budget, something that he hopes will “protect the most vulnerable” through £26 billion of support for the cost of living, generated largely through tax hikes.

The UK is in recession

Aiming to be “honest about the challenges” the country is facing, Hunt claimed that Office for Budget Responsibility (OBR) judges the UK to now be in recession.

However, Hunt said that overall this year “the economy is still forecast to grow by 4.2 percent”. Whilst he said that the OBR predicts the UK’s inflation rate to be 9.1 percent this year, next year’s rate is forecasted to decrease by 1.7 percent, reaching 7.4 percent.

Blaming “global factors [as] the primary cause of current inflation”, Hunt claimed that the OBR thinks the Government’s budget will “help inflation to fall sharply from the middle of next year”.

In his speech, Hunt revealed that, of the £26 billion support money, £25 billion will be raised through “necessary and fair tax changes” by 2027-2028.

Hunt has said that the threshold at which higher earners start to pay the 45p rate will be reduced from £150,000 to £125,140, while Income Tax, Inheritance Tax and National Insurance thresholds will be frozen for a further two years until April 2028.

However, the UK Government has stated that “the most profitable businesses with the broadest shoulders will also be asked to bear more of the burden”, with Hunt confirming that the threshold for employer National Insurance contributions will be fixed until April 2028.

In his Statement, Hunt has assured that there is support in place. The Energy Price Guarantee (which was capping typical household energy bills at £2,500) will continue to provide support from April 2023 with the cap rising to £3,000.

Additionally, working age benefits are set to rise by 10.1 percent and the National Living Wage will reportedly be increased by 9.7 percent to £10.42 an hour, allegedly benefitting two million of the lowest paid workers.

What’s more, to raise incomes for those already in employment, the government will ask over 600,000 more people on Universal Credit to meet with a work coach to get support to increase their hours or earnings.

According to the UK Government, the plan that Hunt has set out is designed to fight inflation in the face of unprecedented global pressures brought about by the pandemic and the war in Ukraine.

How has the food industry responded?

In the hours following Hunt’s Autumn Statement, various members of the food industry spoke up.

The Association of Independent Meat Suppliers (AIMS) specifically noted Hunt’s recognition of the country’s “incredible strengths” in areas such as manufacturing.

“For meat and poultry businesses to thrive they need certainty and we would have liked to have heard about a needs-based approach to migrant labour, at least in the short term,” said Tony Goodger, a Spokesperson from AIMS.

“However, we do welcome the announcement that over 600,000 more people on universal credit are to meet with a work coach and trust that this will also include training needs such as expanding the lifetime skills guarantee to include courses such as level three butchery and the promotion of the Food & Drink Careers Passport.”

Discontented with the Autumn Statement, Clare Bottle, Chief Executive at the United Kingdom Warehousing Association (UKWA), has branded the intended increase in business rates for warehouses as “unfair”.

“The changes in business rates are intended to reflect the growth of the online sales sector, but not all warehouses are involved in ecommerce. What’s more, eCommerce is seeing a downturn since the end of the COVID lockdowns.”

Bottle noted that “retail shops on the high street, who are seeing a fall in bills, will get the full reduction as a result of transition relief reforms”, however she stated that online marketplace warehouses “will pay higher bills, because of the revaluation”.

Regarding consumer spending, a spokesperson from the British Retail Consortium (BRC) told New Food: “We are already seeing spending fall in real terms on food and other items.

“Many consumers are trading down to cheaper brands, and retailers are responding by expanding value ranges and fixing the price of some essentials.”

Though Hunt only directly referred to food once in his Statement, the anticipated 4.2 percent economy growth and forecasted inflation drop in 2023 may facilitate more affordable food prices for consumers next year.

With a lot to take on board, the food industry, like the rest of Brits, will have to adhere to the changes set out by Hunt whether there they are welcome or not. With “British resilience and compassion”, Hunt hopes that “to face into the storm” is to get the economy back on track.