Scientists develop method to test for fruity thiols in beer

Scientists believe they have found an accurate way to measure a compound in beer that could be the key to understanding its often fruity flavour profile. 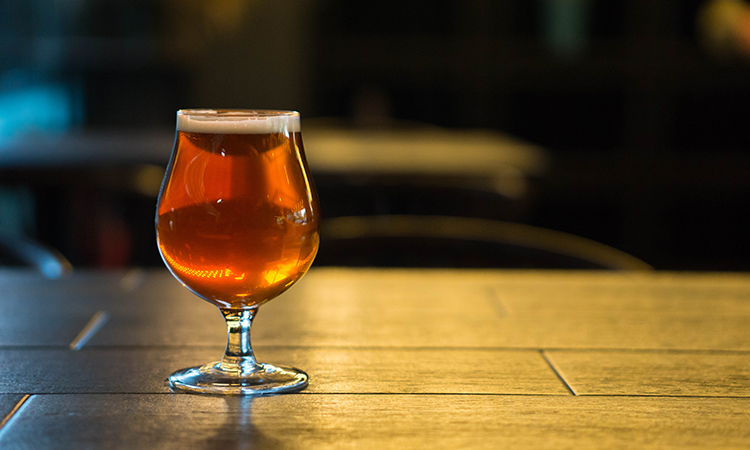 Scientists from the Research Institute for Beer and Beverage Analysis in Berlin have released research which could help brewers identify a key compound that contributes to the fruity profiles of some of the world’s most popular beers.

Hoppy beers such as pale ales are becoming increasingly popular, buoyed by the craft beer craze that shows no signs of slowing down. The fruity aromas and flavours that make some of these beers so popular partially stems from compounds called thiols.

Brewers have been looking for an accurate way to track thiols in beer, but current methods typically are not sensitive enough, or require the use of potentially harmful substances. Now, researchers in American Chemical Society’s Journal of Agricultural and Food Chemistry have presented an automated, solvent-less process to assess thiols at very low concentrations.

Thiols, along with other compounds such as terpenes and esters, contribute to the enjoyable odours in ‘hop-forward’ beer styles. Although very small amounts of thiols are present in beer, a little bit of these compounds goes a long way toward achieving a hoppy flavour and fruity aroma.

It would, of course, aid brewers to have more information available about these volatile substances, but it’s challenging to accurately detect such small quantities. The researchers said that previous studies have reported complex, multi-step methods for thiol analysis in beer, but the approaches could not measure all of the thiols brewers want to know about. In addition, some of these processes used harmful mercury-containing compounds, according to the research team.

Thiols also contribute to wine aromas, and researchers have used coated polymers that they can put into the air above the beverage to convert aerosolised wine thiols to more easily measurable compounds. The downside is that this method is not sensitive enough to measure the trace concentrations in beer. To develop a more robust analysis, Nils Rettberg and colleagues wanted to modify previous methods and come up with a safer, faster and more sensitive approach.

In initial experiments to develop the new process, the team modified the sample preparation method used in wine analyses to convert aerosolised thiols to compounds with higher analytical sensitivity. Then they tweaked and applied a tandem mass spectrometry approach to maximally detect and measure the resulting compounds. Finally, the team tested their new method on 13 commercially available beers from multiple countries made with hop varieties expected to have high thiol content.

The distribution of thiols within the selected beers was consistent with prior studies. Surprisingly, the team could only detect one of the three expected thiols in a beer with real grapefruit added, suggesting that the fruit itself likely contributed scent compounds other than thiols. The researchers believe the method they have come up with will accurately detect thiols in beer, but will also process samples safer, quicker and more simply.