Posted: 15 February 2018 | Neil Walker - PR and Marketing Manager for Society of Independent Brewers | No comments yet

Neil Walker, PR and Marketing Manager for the Society of Independent Brewers, explains the healthy state of the UK craft beer market. 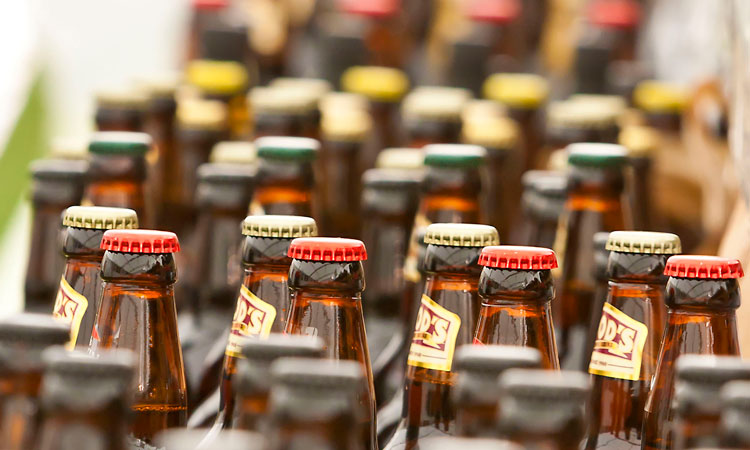 FOR the fourth year in a row, the Society of Independent Brewers (SIBA) will this year team up with Professor Ignazio Cabras from the Newcastle Business School at the University of Northumbria to gather and analyse data on the independent craft brewing market. With over 500 breweries across the UK represented, this is the most comprehensive analysis of the craft brewing market available in the UK and makes some important observations about the current state and future of the industry. The results of the 2018 report are due to be announced later this year but this article sets out the shape of the market right now, as outlined in the 2017 report, showing the healthy growth and investment being made into this important industry – as well as the opportunities and threats that can be expected.

Independent craft brewers involved in the survey produced over 299 million pints in 2016, which is estimated to be around 527 million pints for all SIBA members, or nearly 3 million hectolitres. This represents a 13.7 percent increase in the period 2013-2016, which is an impressive achievement given that the UK beer market overall has been in long-term decline.

What this shows is that the one area of the market that is growing is craft beer. Britain’s beer drinkers continue to demand craft-brewed beer that offers quality, excitement, and a range of flavours and styles in cask, keg, bottle and can. Quality, independently brewed local beer continues to be important for beer drinkers, with 65 percent of SIBA members’ beer being sold within 40 miles of the brewery. What is also quite clear is that, like pubs, brewers are embedded in their communities. And SIBA members are creating plenty of local jobs, with 71 percent of brewers expecting to recruit at least one new employee in the next 12 months.

This shows that craft beer is as much about communities and identity as it is about beer – people are buying local, and independent craft beer is an important part of this.

Craft beer for restaurants and hospitality

While cask ale is by far the most prominent category for our members, at 74 percent of production, it is interesting to see that 37 percent of respondents are now selling some craft beer in keg, which is a significant increase on the 27 percent reported in the 2016 report. This is an important trend and one to celebrate. Great beer transcends format and provides the opportunity to provide a unique selling point for pubs through cask ale, alongside pushing beer of excellence deeper into the off-trade and into hospitality outlets such as hotels, clubs and restaurants. The opportunities for independents’ beer are no longer restricted by format and there is no reason that businesses of all types cannot make the most of the consumer trend for independent craft beer. In fact, research by industry experts M&C Allegra shows that more than a third of people would visit restaurants more often if they served independent craft beer, and for retailers that is important, as further research from drinks industry specialists CGA Strategy showed that independent craft beer commands higher margins than mass-produced beers for bars and restaurants.

The importance of independence

In 2016, SIBA launched an initiative to promote ‘Assured independent British craft breweries’ in an effort to provide greater clarity for consumers looking to purchase beer from genuinely independent craft breweries in the UK. With over 850 brewing members in the UK, SIBA is the voice of British brewing and we launched the initiative to champion the huge range of fantastic, full-flavoured beers from truly independent local breweries which have captured the excitement of the beer-drinking public. As the ‘craft beer’ category has moved into mainstream retailing, beer drinkers need more information to help them make informed choices. Market research commissioned by SIBA showed that 46% of beer drinkers, by far the biggest group, regard craft beer as ‘made by small brewers rather than large corporations’. And 35 percent regard craft breweries as ‘artisanal’, with 22 percent associating the term with ‘small’ and 14 percent with ‘local’. The passion and innovation of independent brewers, together with increasing consumer demand for diversity, provenance and excellence, created the craft beer revolution, the biggest thing to have happened to British beer for many years and which helped to revitalise the UK beer market and turn it into the most exciting beer scene in the World. Hundreds of passionate and genuine independent brewers have brought thousands of world-class beers to communities across the UK.

Who brews my beer?

As the craft beer market has grown it has been flooded with beers from across the world, often from large global brewers. As such, SIBA launched the ‘Assured’ initiative to help consumers make informed decisions about where their beer comes from and who brewed it.

In order to qualify for the stamp of approval, breweries must be relatively small, independent, and brewing quality beer (something which is set out in more detail for brewers seeking to use the seal).

The initiative makes it easier for beer drinkers to identify beers from SIBA independent craft breweries quickly and easily, whether they’re buying beer in a pub or bar, off-licence or supermarket. It is an initiative that has now been mirrored by our equivalent organisation in the US – the Brewers Association – with its ‘independent craft brewers’ seal. New research published in 2017 by SIBA showed the majority of beer drinkers want greater clarity over who is brewing the beer they drink, following an increase in the popularity of craft beer and a number of buyouts of independent craft breweries by global brewers.

The independent YouGov survey of more than 1,000 beer drinkers showed a large majority (60%) of beer drinkers cared who brewed their beer and more than two-thirds (69%) thought it would be useful to see the logo on beer pump clips, bottles and cans, in order to identify the beer as being brewed by a truly independent craft brewer, rather than a global beer company. More than half (54%) went even further and said that they would be more likely to drink a beer which carried the logo. Quality, flavoursome beer from independent British craft breweries has never been in greater demand, with more people than ever drinking more discerningly and choosing full-flavoured beer. This has of course attracted the attention of the global brewers, who have been buying out previously independent breweries and trying to get their own slice of this growing sector.

This survey clearly shows that consumers care whether the beer they are drinking was brewed by a truly independent British craft brewer or not – it is all about provenance, transparency, and not misleading consumers. The research also showed that half of beer drinkers (50%) were now drinking ‘local craft beer’, with this number rising to 61% for 25-34 year olds, suggesting a healthy future for this important British manufacturing industry. Buyouts of previously independent craft breweries such as Camden Town by AB InBev – the makers of Budweiser – and London Fields by Carlsberg, have brought into focus the need for clarity in the beer world. SIBA’s ‘Assured independent British craft brewer’ seal was introduced as a way for truly independent craft breweries to differentiate the beers they brew from mass-produced products and has been met with huge praise by brewers and consumers alike. If you’re not already making the most of the consumer trend towards craft beer then do it now, but make sure it is the real stuff – brewed by an Assured independent British craft brewer. 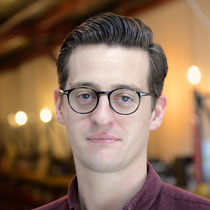