The ACI has launched a pioneering consortia study that will address data gaps associated with the safety of CBD, ensuring that only safe and fully-compliant products are on the UK market by next spring. 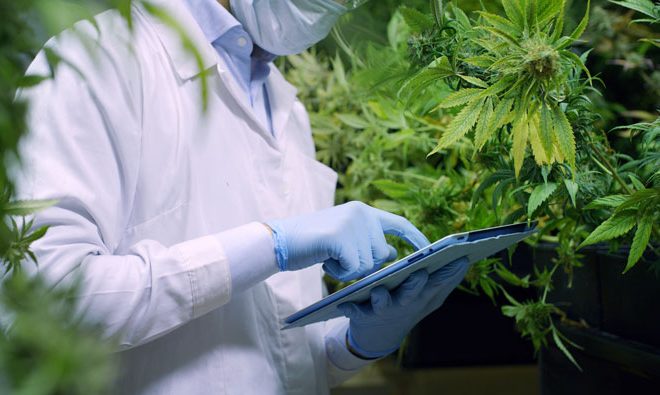 Over the past five years, cannabidiol (CBD) has become one of the most popular wellbeing products in the UK with sales totalling over £300 million. The growth in demand for this cannabinoid – the second most abundant of the active ingredients of cannabis – has happened in the absence of clear, fully-informed regulations. In fact, today there still remain some fundamental unanswered questions regarding the safety of CBD for human consumption.

In February 2020, the UK Food Standards Agency (FSA) established a deadline for the industry to apply for European Union safety evaluations as a ‘novel food’ and also provided consumption guidelines to consumers.

Over the past year the Government Committee on Toxicity (COT) has been reviewing the safety of CBD, during which time it became evident that new toxicology data was needed.

Today (25 September 2020), the Association for the Cannabinoid Industry (ACI), in partnership with Advanced Development and Safety Laboratory (ADSL), has announced the launch of a landmark study with a consortium of CBD companies who are jointly committed to building a sustainable, safe and fully-compliant industry in the UK.

This study will address the existing gaps in data identified by COT (including whether CBD causes potential drowsiness, liver toxicity or has any interaction with other drug substances) and generate analytics accordingly. It will also provide the safety information mandated by the novel foods application process. We are satisfied that any company that does not have such original derived data will not have their novel foods dossier validated by the FSA. Only products with this validation will be allowed on the market after 31 March 2021.

By collaborating for mutual industry interest, the ACI claim to be leading the way not just for the industry in the UK but across the world. According to the association, no other country has provided the clear regulatory framework for compliance that exists in the UK and the safety information generated in the course of their study will respond to future demands of regulatory authorities in the US and EU.

To maximise animal welfare, the consortia approach will follow the path of one OECD 408 rodent study wherein data is usable by all participating members, thus minimising animal usage.

Yesterday (24 September 2020), the FSA issued guidance, welcomed and endorsed by the ACI, which advised that applicants should consult EFSA guidance on “the usual application process for all novel foods”. This process includes the details of a 90-day rodent safety study (OECD408). ACI’s Safety Study Consortia explained that they will undertake the necessary studies as stipulated by EFSA and that their group application will keep the necessary animal use to a minimum.

The FSA also highlights that any application must include details of the toxicology studies undertaken “with clear details of the reasoning for these particular tests”. The agency also stress that “without such information it is unlikely we will be able to validate an application.”

Dr Paul Duffy, Toxicology Adviser to the ACI, said: “The ACI shares the FSA objective of ensuring consumer safety of CBD products. The generation of toxicological data according to EFSA guidance, and sharing that data by consortia approach, is an ethical and financially diligent way to meet these FSA requirements.”