At the Dairy UK annual dinner, Arla UK Managing Director called on the UK government to not lump the dairy sector with any further admin, whilst MP Alicia Kearns hinted at new regulations forthcoming. Here’s our Editor’s breakdown of the speeches. 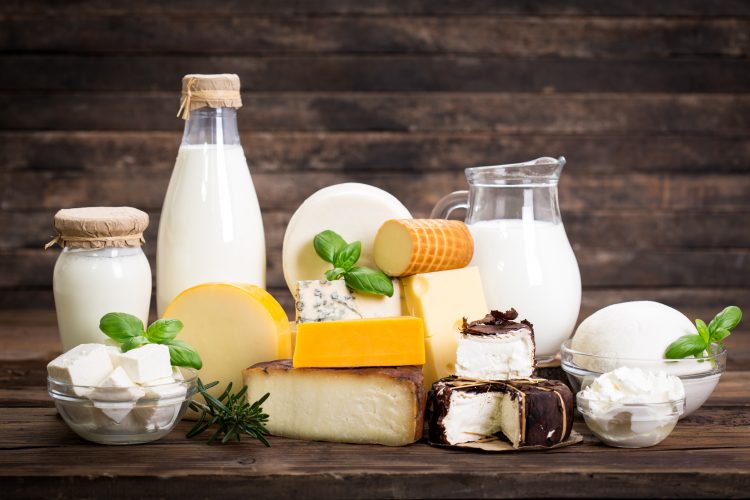 On Wednesday (15 June 2022) I had the pleasure of attending Dairy UK’s annual dinner, and alongside a side-splitting (but arguably pessimistic) gaze at the world’s current political climate from impressionist Rory Bremner, I was delighted to meet those who worked in an industry which helped keep our nation fed during difficult times.

Both Alicia Kearns, MP for Rutland and Melton, and Ash Amirahmadi, Chair of Dairy UK and Arla UK MD, took to the stage to acknowledge and celebrate the hard work of the sector, as well as raising concerns.

Dairy in the press

Kearns, who also chairs the dairy sector’s All Party Parliamentary Group (APPG) promised the evening’s guests – which comprised the likes of farmers, associations and nutritionists, among fellow governmental departments – to be “their voice” and ensure they are being championed and heard in parliament.

Her speech (rather awkwardly for a journalist) centred on the media’s inability to reflect the truth. She thanked the sector for taking “a constructive approach” given that the media stories “suggest we might not be on your side”.

“But hopefully we have shown you with the food strategy that just came out that we are,” she said. 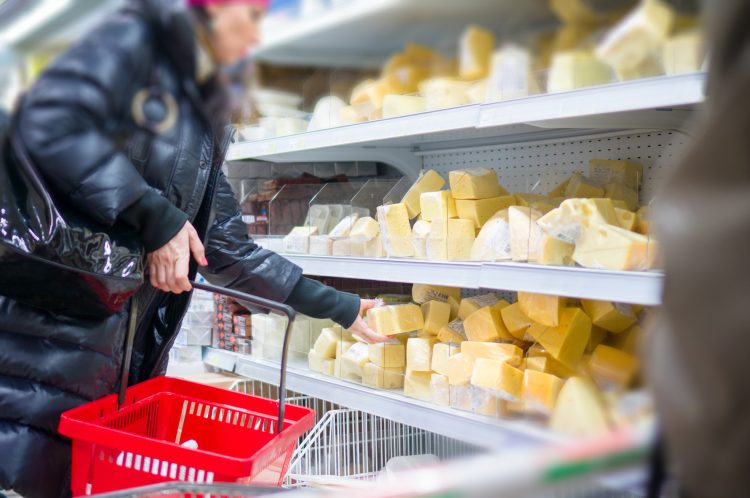 HFSS: We won’t reformulate if it means unsafe dairy

“The rumours [in the media] around fat and salt and having to rework incredible historical recipes – which cannot be changed and should not be changed – that’s not what we’re going to do. […] What you read in the media is almost certainly not what’s going on.” She obviously has never read New Food…

The HFSS rules were also referenced by Amirahmadi, who informed the audience that when it comes to nutrition “we got this”.

“Our successes on sugar and fatty formulation are a testament to that,” he declared, “[but] I’d like to remind you that dairy foods are not ready meals with recipes that can be tweaked. Reformulation for dairy has limits. Not enough salt and you don’t get the blue vein in your stilton. Beyond blue veins, too little salt and cheese is a problem for food safety quality and taste. We are producing traditional staple foods, which will certainly go the extra mile to meet the target but not if it takes us into unsafe territory.”

Kearns gave a further nod to the food strategy, claiming it makes it clear that “food is a national security issue” and is a testament to “how seriously government takes food”.

She continued: “Ninety-six percent of us purchase milk on a regular basis, we all know that cheese should be an essential product, not just a staple. As we grapple with the cost of living, it is going to be important that we continue to make that case time and time again. I am particularly pleased that under Heather’s [Wheeler; previous APPG Chair] tenure, we fought to make sure there was a grant for dairy farmers. In those first few weeks of the pandemic, when everything was switched off, and we sat there and thought: ‘what are we going to do, how are we going to get through this?’ – that grant was a sign of how hard we worked.”

Commenting on the strategy whitepaper, Amirahmadi said he was heartened to see that “the government recognises the critical importance of the food industry in the nation’s food security and in international trade.

“Reading through the whitepaper, I was encouraged to see the ambition to have a resilient, prosperous agri-food sector producing healthy and sustainable foods. This is something we all want. We have similar goals and there are many touch points in the strategy where dairy can play a very positive role.

“But since we have a number of political colleagues with us tonight. I think it’s important to say, as a sector, we hope that our ambitions for the future of dairy are recognised. As the whitepaper is taken forward, we would like to hear more about how British dairy can be expanded in terms of serving the domestic market and also exports overseas.

“And whilst we are four-square behind the need for higher standards and ever greater sustainability, we hope that our industry will not be stifled by additional legislation introduced quickly that increases our admin burdens even further, erodes our profitability and ties the hands of our farmers.” 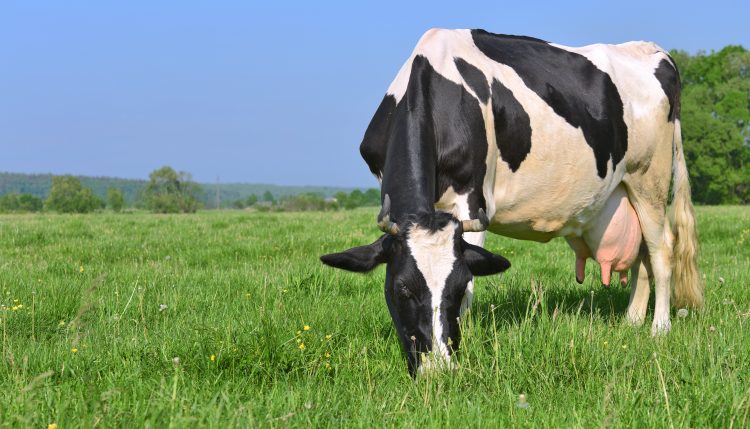 Kearns also referred to the supply chain review in the Agriculture Bill, in which she said government made dairy the priority. “I think that sends a strong message,” she contended, before allusively adding that regulatory change is likely to emerge in the supply chain.

“I think you’ll all welcome that. Let’s wait and see what that brings, but it is good news.”

It wasn’t just the media that Kearns issued stern words over, but also vegan activists – and her concluding remarks were greeted with a thunderous applause from the audience.

“One of my greatest concerns as Chair of the [dairy] APPG is the way in which farming and dairy is sometimes being represented in the media. I know after that Panorama programme a few months ago four farms in Rutford and Melton saw vegan malicious – I will call them that because they are that – come onto our farms, release the animals and intimidate the farmers. In parliament we are not going to stand for that. We are hoping to amend the Public Order Bill that’s coming forward to include farming and food production sites, because I will not allow you to be threatened when you are the ones that keep our country fed and care for us – and we know how important dairy is.

“We are here to fight for you in the tough times, but we’re also here to celebrate you. It’s three weeks now until we hold a celebration of dairy in parliament and that’s all about us shouting about you, because that is also what our job is.”

Amirahmadi’s speech overall focused more on the triumphs of the dairy sector, as he congratulated the industry for its robust response during the Covid crisis.

“Navigating Covid would have been far more difficult for us as businesses without the work of Dairy UK in collaboration with other organisations, like AHDB, as our interface between industry and government,” he stated.

“Many of you will know our head office team well, but you may not know some of the other Dairy UK employees, like our APT team, who worked with the NHS to clear over 3,200 trolleys from hospitals up and down the land during the pandemic ensuring delivering, catering and ward areas remained clear, [and] returning over 65,000 metal milk trolleys to their owners, worth an eye watering 4.1 million pounds.”

But he also offered warm words to the MPs and departmental colleagues in the room too. “The support we received from all of you, in particular, the work of the Food Industry Resilience Forum and the exemption from competition law you helped to secure when it was needed, was very much appreciated.”

New challenges still to be faced…

We were not prepared for the disruption Covid brought, nor were we prepared for the impact of the Russian invasion of the Ukraine, but Amirahmadi’s brightly told the audience that the lessons learned in the early days of Covid “will stand up in good stead” through present hurdles we are facing.

“The current world situation has brought us new and undeniable challenges. I don’t want to minimise those challenges in any way, but I do also want to talk about the positives. Dairy UK and its members are ambitious for the future of the dairy sector. We see a future where the sector is recognised for its important in national and global food security; its role in helping build and more resilient food system; its role in providing quality, safe, nutritious and affordable food; its commitment to continuous environmental improvement; and as a partner in helping the UK achieve to be a leader in supplying food to all over the globe.”

…But we’ve got this

Amirahmadi spoke optimistically of the dairy industry, frequently using the phrase “we’ve got this” as he mentioned trade, food safety and the path to Net Zero. But he was also humble and honest in his talk.

“When I say we’ve got this, I don’t want you to think that I’m being complacent or pretending that we’re perfect or the job’s done,” he stated. “That is absolutely not the case. There is always more work to do for every industry. And we’re very cognisant of that in Dairy UK.

“But what I am asking you to recognise is that dairy is a dynamic, vibrant, adaptable industry and working in partnership with us will make sure we reach our collective goals of healthy people and a healthier planet, profitable dairy farming and processing, and a thriving economy.

“Standing in this library, I feel that I should add one literary quote this evening. I believe, George Bernard Shaw has been credited with writing: ‘the single, biggest problem with communication, is the illusion that it has happened’. And I don’t want to leave anyone under any illusions this evening, so I’ll end by saying that the Dairy UK team will be knocking on your door to continue in dialogue about how we can work in partnership to overcome the challenges we all faced, so we can take the opportunities that will help us deliver the future we all want to see.”