With the British ice cream market expected to reach a value of £3.5 billion in 2021, the iced confection sector is clearly the place to be. Jess Salamanca and Lydia Dronsfield from Banana Scoops ask why healthier ice cream is on the rise. 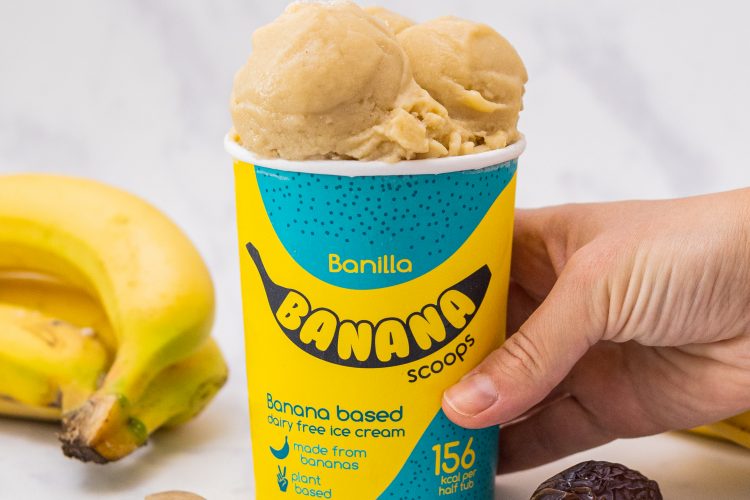 The founders of vegan, banana-based ice cream Banana Scoops ask why healthier ice cream is on the rise

Recently, we have witnessed a sharp rise in the number of ‘healthier’ ice cream options available on the market. Between 2015 and 2019, the number of low-sugar ice creams launching globally increased at a CAGR of 48 percent. In 2018, the global artisanal ice cream market – handmade ice creams made solely from natural ingredients and free from artificial preservatives – was valued at $6 billon. This latest health trend is undoubtedly a response to consumer demand, with a vast number of consumers committing to leading healthier and cleaner lifestyles.

In this article, we will argue that the trend towards healthier ice cream is inevitable given consumer patterns as well as the implementation of the High Fat, Sugar and Salt (HFSS) policy by the UK Government in 2022. However, something that needs to be addressed is the definition of what makes an ice cream genuinely healthy, and whether marketing tactics are currently being used to manipulate the truth about what is actually good for our bodies.

A shift away from decadence?

Traditionally, the ice cream industry has revolved around indulgence and decadence, with ice creams full of sugar and fat to produce the desired, luxurious flavour profile. For example, one 465ml tub of a popular ice cream brand’s cookie dough flavour contains 1350 calories, 75g of fat and 125g of sugar. However, there’s a definite shift occurring in the industry that’s seeing many leading brands experimenting with new, healthier recipes, while also working towards keeping the traditional, decadent taste intact. This has led to the introduction of new, healthier variations in the ice cream market, such as low-calorie, low-sugar, plant-based and high protein options. This affords consumers the best of both worlds – healthy ice creams that still taste delicious.

This trend is further encouraged by the Government’s HFSS plans, which are set to be introduced in 2022, as multiple restrictions will be placed on unhealthy products. The goal is to prevent unhealthy products, defined by the Government as those high in fat, sugar and/or salt, from being advertised online and on TV pre-watershed, and to heavily restrict where such products can be displayed in stores.

The policy also accounts for the source of said fats, sugars and salts, favouring products made from natural ingredients such as fruit and/or vegetables. These rules will likely prove detrimental to many food companies who have strongly contested them for years. To combat issues created by the upcoming regulations, many brands have been forced to seriously consider recipe alterations, with several of the big players, such as Ben and Jerry’s, already introducing healthier, low-sugar product lines.

However, government isn’t alone in its concerns about public health. Studies show that consumers are becoming increasingly aware of health risks and are changing their diets accordingly. Many are choosing new, lower calorie products over their traditional counterparts. This is reflected in the recent sales stats of Halo Top, a relatively young low-calorie ice cream brand: last summer its pint ice cream tubs surpassed industry giants by becoming the best-selling tubs of the summer in the US.

In addition to deducting calories, many ice cream brands are responding to the public’s nutritional concerns by adding health-beneficial components such as protein to their recipes, transporting ice cream into a more functional category. This is a trend that is expected to grow significantly in the upcoming year. 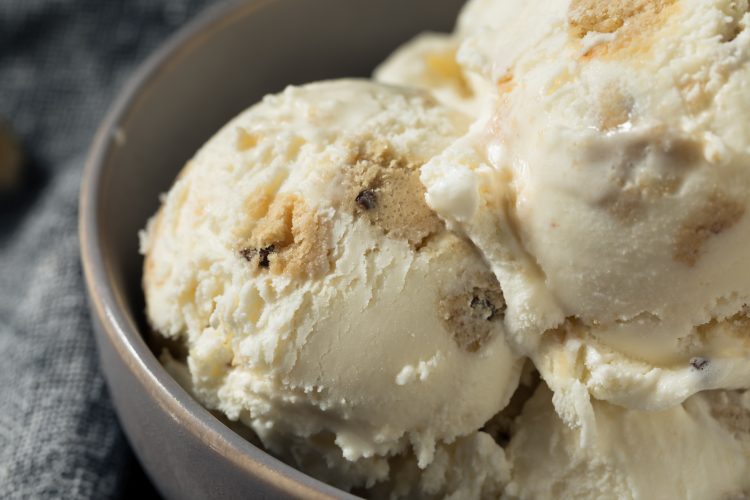 Are the days of indulgent ice creams such as cookie dough numbered?

However, a factor that must be considered concerning this new voyage into ‘healthier’ ice creams is whether these alternatives are in fact as healthy as their marketing suggests. The definition of health is subjective and, as such, there is a need for a standardised definition of ‘healthy’ in the food industry.

For example, taking the view that low-calorie products are healthy into consideration, it is common for sweeteners to be used as a sugar substitute to lower the overall calorie count. However, studies suggest that these substitutes can actually cause more harm than good. To illustrate: aspartame, a popular sweetener found in many ice creams, was linked to the contraction of lymphomas, leukaemia and tumours in rats in a 2015 Italian study. Some say aspartame, alongside sucralose and acesulfame potassium, can cause an unpleasant laxative effect when too much is consumed, which is often accompanied by nausea. For this reason, some ‘healthy’ ice creams come with a warning note regarding excessive consumption.

Stomach issues appear to be a recurring theme with ‘healthier’ ice creams. As mentioned, many brands are adding protein to their recipes in a bid to make their ice creams more nutritious. However, an increase in protein brings an increase in fibre, meaning that excessive consumption can lead to extreme bowel discomfort. Due to these complications, many experts recommend avoiding so-called healthy, low-calorie alternatives and instead consuming ice creams made from natural, low-processed ingredients.

Many believe plant-based, diary-free ice creams to be healthy. Veganism has taken the ice cream category by storm. In the UK, vegetarian and vegan product sales are predicted to reach £658 million by the end of 2021.

Health is a popular reason why people switch to a vegan lifestyle, as a plant-based diet is widely considered superior health-wise. Due to this, vegan ice cream is often assumed to be healthier than its non-vegan competitors. However, more often than not, vegan ice creams tend to have just as much sugar, fat and/or calories as their non-vegan counterparts.

Alongside this boost in recipe experimentation and NPD projects, several brands are trialling smaller portion sizes so that they can provide their customers with a healthier option while keeping their traditional, proven-popular recipes intact. Although nothing has been deducted from the products’ ingredients, the snack-sized portions help to encourage people to consume fewer calories, sugar and fat. However, the question of whether these products can be considered more healthy is debatable and it can be argued that the move is simply a marketing opportunity for brands to promote their products, which are full of unhealthy ingredients as healthier alternatives.

In light of these issues, we argue that lower-calorie ice creams, which are full of additives or sweeteners, largely do not subscribe to what is expected of a healthier product, despite the marketing efforts to label them as ‘good-for-you’.

Perhaps a better definition of overall health is one that factors in all of these issues: low in calories, fat and sugar while also being made from wholesome, natural ingredients. Can an ice cream product achieve all of this while sustaining the decadent taste so beloved by mainstream consumers? It may seem like an impossible find, but there are definitely ice cream brands in the UK that are striving towards this goal. As the founders of Banana Scoops, our aim is to contribute to a better society where we truly understand the nutritional importance of the products we eat. Banana Scoops is therefore made from bananas (instead of dairy or dairy alternatives), using natural and plant-based ingredients. We like to say it’s ice cream so healthy you can have it for breakfast.

There are a variety of factors contributing towards the ice cream sector’s move towards healthier ice cream, such as consumer demand and government regulations. However, due to the problematic nature of some ‘healthier’ sugar substitutes as well as additives, there is a clear need for a more standardised definition of what healthy means, not just for the ice cream sector but for the food industry as a whole.

We believe that when it comes to health, factors which must be taken into consideration are the HFSS policy regulations, the sources of ingredients and whether they are natural and chemical free, thus reducing the number of processed products allowed on shelves and championing more plant-based brands. We foresee an on-going shift toward the health spectrum of ice cream, with new brands arising that tackle these core issues, with an emphasis on natural, wholesome ingredients.

Jess Salamanca is a Spanish entrepreneur residing in London who wears a variety of hats – from founding and running Banana Scoops, to acting as a Kickstart Gateway and business coach for small businesses. She has helped over 500+ small businesses to grow and over 200+ get access to the Kickstart scheme funding. Banana Scoops, her healthy ice cream brand, is now stocked in Ocado, Planet Organic, As Nature Intended, and many independent British shops.

Lydia graduated from the University of Worcester with a first-class degree in Screenwriting and Creative Writing. She is now working as a Digital Marketing Executive for Banana Scoops.