A study has shown that a plague of armyworm in Africa could be controlled through using biopesticides instead of harmful chemicals. 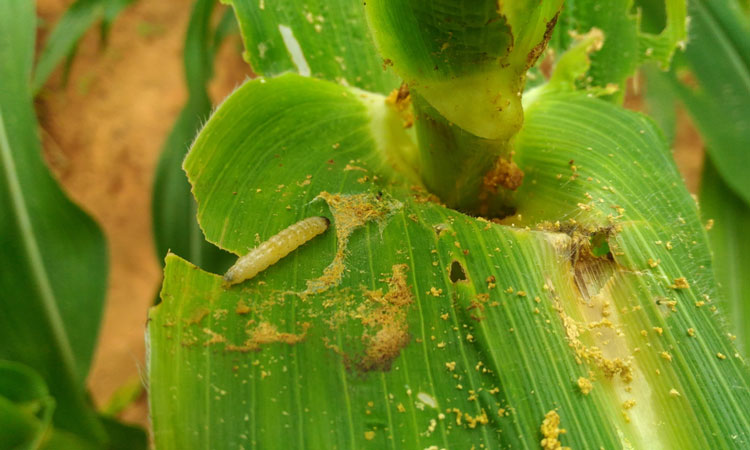 Farmers in Africa are looking to embrace biopesticides to fight the outbreak of armyworm in the continent.

Experts identified safer, more effective pesticides they believe can control the caterpillars that are destroying crops all over Africa. The study was conducted in  19 African countries earlier this year, identifying that biopesticides are a proven way to combat the armyworm.

The armyworm feasts on crops such as rice, sugercane and maize. Farmers have been trying to control the plague using highly hazardous pesticides. Now, researchers have warned that these hazardous chemicals could be a severe risk to human health, and to the surrounding environment.

Spaking to the Guardian Roger Day, programme executive, Action on Invasives, at the Centre for Agriculture and Bioscience International (Cabi) said: “Maize is a staple crop in Africa and millions depend on it for their food. This is a food security issue.

“Most of [the biopesticides] we’ve identified are already registered, but for other pests, so all we need to show is that they’re effective against armyworm.”

According to CABI, maize is the ‘most important staple cereal crop grown’ by small-scale farmers in sub-Saharan Africa.

The Food and Agricultural Organisation has estimated that millions of small-scale farmers will be affected by armyworm, whilst CABI has provided an Evidence Note to assess the impacts and implications for Africa around the situation with armyworm.

“Traditionally, smallholder farmers do not use that much pesticide,” added Day, stating that there is a risk that farmers will buy toxic chemicals without being informed of the risks involved.

They study examined the literature which reviewed 50 biopesticides that are used to control armyworm in Africa or in the Americas. The research was funded by the UK and German governments, and identified eight biopesticides that should be registered and prioritised for trials in this instance.

To make these more available, governments could subsidise the cost of these products. This has already been adopted in Ghana, and could be the best way to ensure safety for farmers, the environment and the extended population.

The study was published in the Journal of Applied Entomology.