Dutch producers responsible for nearly 90 per cent of fipronil violations

The chemical has toxic effects on humans when eaten in large quantities. 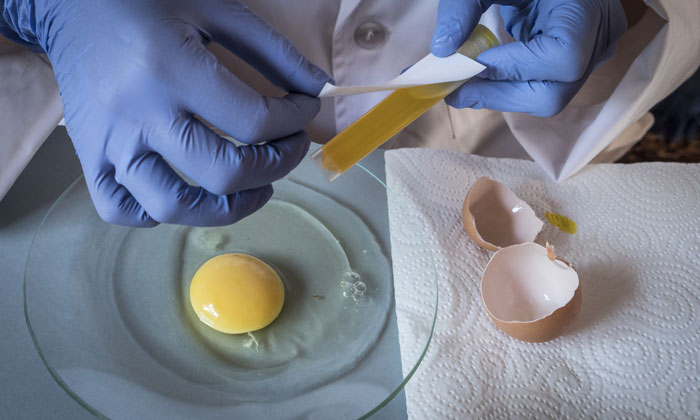 SCANDALLED EGGS: The first reports were received by Belgian authorities in July

A monitoring programme across the European Union has found 742 instances of illegal use of the chemical fipronil – with nearly 90 per cent originating in the Netherlands.

Fipronil hit the headlines in the summer OF 2017, when millions of eggs were abruptly recalled across Europe. The use of the pesticide, which has moderately toxic effects on humans, is banned in Europe on animals destined for the food chain. It was found that egg producers had been spraying the chemical about their farms to prevent lice. Most of these eggs came from the Netherlands, but Belgian producers were also implicated in the scandal.

Between 1 September and 31 November last year, member states were asked by the European Food Safety Authority (EFSA) to provide samples of chicken eggs, fat and muscle for analysis. As well as fipronil, the EFSA wanted to test for other acaricides, a class of pesticides that kills lice and ticks.

Overall, results for 5,439 samples were submitted to EFSA covering in total 53,655 individual determinations. Among these samples, 742 contained residues exceeding the legal limit, almost all of which concerned fipronil and unprocessed chicken eggs (601 samples).

Elsewhere, the fat of laying hens was also found to contain illegal levels of the chemical (134), as did five samples of muscle and two of dried egg powder.

Nearly 90 per cent of the samples (664) that exceeded the legal limit originated in the Netherlands. Forty, or five per cent, originated in Italy and 13, or two per cent, came from Germany.

However, the report the EFSA put together goes on to reveal that of the 5,439 samples submitted, 2,111 came from the Netherlands, or 38 per cent. In contrast, the next biggest contributor was Italy, which submitted 678 samples, 12 per cent of the total.

Fipronil was by far the most frequently abused chemical. In its conclusion, the EFSA’s report said: “It is recommended that fipronil and other acaricides be included in the future monitoring activities of the member states.”