Fipronil, the chemical at the centre of a scandal that brought about a slew of recalls this summer, has reared its ugly head once more in Germany. 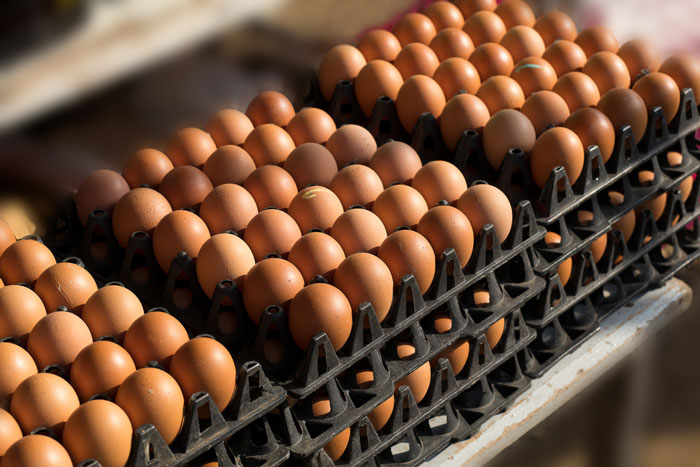 THE PLOT THICKENS: August saw millions of eggs recalled across

A German newspaper is claiming to have seen a report detailing analysis of 473 samples of various foods by the nation’s Federal Ministry of Agriculture.

Of these, 103 contained fipronil and around 25 of those were above the maximum level.

Süddeutsche Zeitung published the story last week, saying that the slew of testing had started as a result of the high profile scandal in August. By the end of October, the publication said, more than 800 samples will have been tested and quotes insiders calling the results so far to show a ‘worrying hit rate’.

Allegedly, fipronil was discovered in a variety of foods including whole dried eggs, liqueur, egg salad and pastries.

These products were largely still available because when the scandal broke in August, the authority to recall the products often remained in the hands of the producers.

The scandal may go deeper however. A source employed an official laboratory told the German newspaper that there had been pressure exerted from above to make sure the tests carried out were superficial. According to the newspaper, the source said that if they had been allowed to go further they would have found much more. They added that the pressure had created a system designed to withhold information from the consumer.

Fipronil is a pesticide which, though not illegal, is not authorised for use around food or livestock. In August it emerged that it had become mixed with a sanitising agent used in chicken coops in Germany and Holland. Contaminated eggs were circulated all around Europe and further afield prompting countries to pull questionable eggs and egg products from shelves. In the UK, 700,000 eggs were disposed of through fear of contamination and supermarkets binned thousands of egg-containing products. In Germany, around 900,000 eggs were pulled in the North Rhine-Westphalia region alone.

Fipronil is classed as a WHO Class II moderately hazardous pesticide.