A study has revealed that most people view insects as an alternative and sustainable source of food for the future. 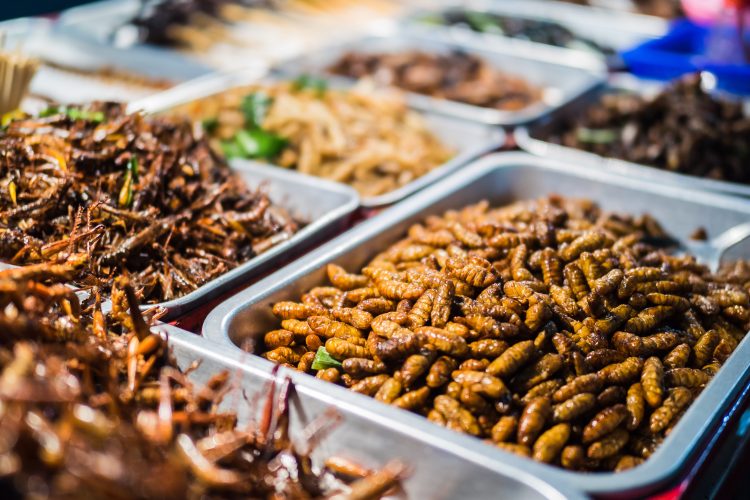 According to a study, 58 percent of people believe that insects could become an “alternative and sustainable source of protein in the future”, thus suggesting that they could feature consumer diets in the future.

Carried out by the Universitat Oberta De Catalunya’s (UOC) Food Lab, the study aimed to identify the parameters that contribute to improving the acceptance of insect consumption so that they can be introduced as a source of sustainable protein in future diets.

According to National Geographic, ten thousand years ago hunters and gatherers ate bugs to survive. Fast forward in time to present day, insects remain a traditional food in many cultures across Africa, Asia, and Latin America.

Considering exhaustion of natural resources, climate change and the loss of biodiversity, the Food and Agriculture Organization of the United Nations (FAO) has highlighted the need to review modern food science practices to increase the trade in and consumption and acceptance of insects as a source of food.

According to the study authors, Marta Ros, Doctoral Student and Member of the UOC’s Faculty of Health Sciences, and Anna Bach and Alicia Aguilar, Faculty Members and Researchers at the FoodLab research group, studies show positive outcomes for weight control, reducing blood glucose and cholesterol levels and increasing microbiota diversity in animals.

However, regarding humans, the authors reported that other studies have shown that edible insects can help to improve intestinal health, reduce systemic inflammation, and significantly increase blood concentrations of amino acids.

The main reason cited for not eating insects was disgust (38 percent), followed by lack of custom (15 percent), doubts around food safety (9 percent) and cultural reasons (6 percent), amongst others.

When asked whether they would offer dishes containing insects at a restaurant, 73 percent said no, however 25 percent responded positively.

Ultimately, the majority (81 percent in this case) believed that the general public would not be receptive to dishes with insects, with only 16 percent thinking that it would.

Will insects be in future diets?

Even with the aforementioned data, the authors note that almost 50 percent of respondents believed that having information on insects’ potential as sustainable food would encourage their consumption, however 48 percent said it would not.

With a more optimistic outlook, when the respondents were whether insect consumption could become a practice in the future, 58 percent responded positively, while 38 percent gave a negative response.

Claiming that the way in which insects are prepared for consumption would be important in attracting consumers, 70 percent of respondents stated that a preparation that did not reveal the insects’ natural shape would make them easier to consume.

Conversely 10 percent believed that insects would be more attractive to consumers if their natural appearance could be seen.

The most popular format amongst respondents was flour (23 percent), followed by biscuits (6 percent) and bars (5.8 percent). Looking at demographics, the study’s authors highlight how men seem to be more open to eating insects than women and note that the age range most receptive to trying them is between 40 and 59.