A new study has revealed that pet owners may unwittingly be feeding their animals with meat from endangered shark species, after DNA barcoding tests were conducted on several pet food brands in Singapore. 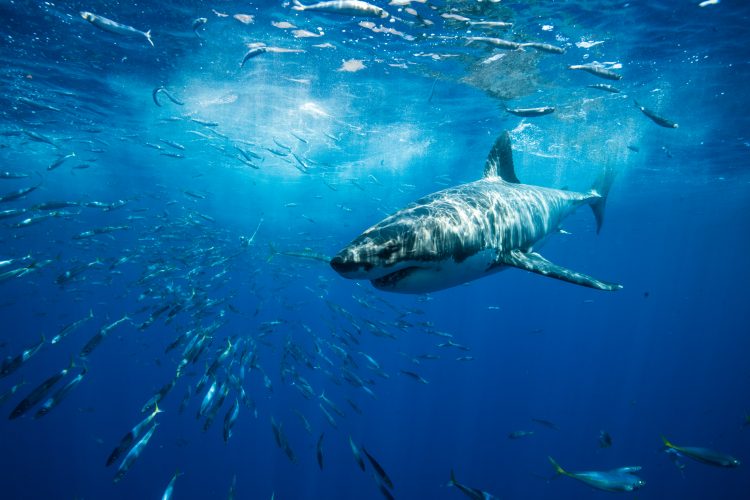 A new study, published in Frontiers in Marine Science, claims that endangered shark species meat has been added to some pet foods, unbeknownst to consumers. The labels on these pet foods do not list shark by name, so customers are unaware of what they are purchasing and feeding their furry friends.

A team of researchers at Yale-NUS College in Singapore used DNA barcoding to investigate the occurrence of shark in different pet food products purchased in Singapore, which revealed a considerable prevalence of ingredient mislabelling.

Ambiguous terms such as ‘fish’, ‘ocean fish’, or ‘white bait’ have been labelled on various pet food products, but the study’s researchers discovered that these terms may refer to endangered shark meat. The investigators suggested implementing global standards for pet food labels to avoid overexploitation of endangered sharks.

The study states that sharks are crucial for the functioning of healthy marine ecosystems, and the loss of sharks has led to the decline in seagrass beds and coral reefs. It goes onto state that the growing shark fin and meat trade is putting shark populations at risk. Research suggests that around 100 million sharks may be killed annually. Overfishing is the biggest threat to sharks worldwide, and a lack of effective monitoring and management of fishing practices adds burden to vulnerable shark species.

“Shark populations are overfished throughout the world, with declines of more than 70 percent in the last 50 years documented,” said authors Dr Ben Wainwright and Ian French, of Yale-NUS College. “This is indicative of the current lack of regard in which we hold our oceans.”

According to the research team, a silent contributor to the decline in shark populations is the use of shark products in everyday products such as pet food and cosmetics, including certain body care and beauty products which may use shark-derived squalene (as opposed to plant-derived squalene).

“Given the results of a previous study performed in the US, we wanted to see if endangered sharks are also sold in Asian pet food,” explained the authors. The study they refer to is a 2019 study which found the occurrence of shark in 78 pet food samples collected within the US.

The researchers of the latest study used DNA barcoding to investigate whether there was shark DNA in 45 different pet food products from 16 different brands on sale in Singapore.

“None of the products purchased listed shark as an ingredient, using only generic catch-all terms such as ‘fish’, ‘ocean fish’, ‘white bait’ or ‘white fish’ to describe their contents,” said Wainwright and French.

Of all samples taken, 31 percent contained shark DNA. The most identified sharks were the blue shark (Prionace glauca), followed by the silky shark (Carcharhinus falciformis), and the whitetip reef shark (Triaenodon obesus).

The silky shark and the whitetip reef shark are listed as ‘vulnerable’ in the International Union for Conservation of Nature (IUCN) Red List. The silky shark is also listed in the Convention on International Trade in Endangered Species of Wild Fauna and Flora (CITES) Appendix II, which means that its trade must be controlled to avoid overconsumption that would threaten survival of the species, states the report.

“The majority of pet owners are likely lovers of nature, and we think most would be alarmed to discover that they could be unknowingly contributing to the overfishing of shark populations,” commented the authors.

The authors urge for more transparency in the ingredient labels of pet food products. They believe that this, alongside implementing global standards for pet food labels, are just two steps to avoid shark overfishing.