The Victoria oat blight was devastating for oat-growing regions in the US, but scientists have now uncovered the genetic make-up of the disease and can better understand how it attacks oat crops. 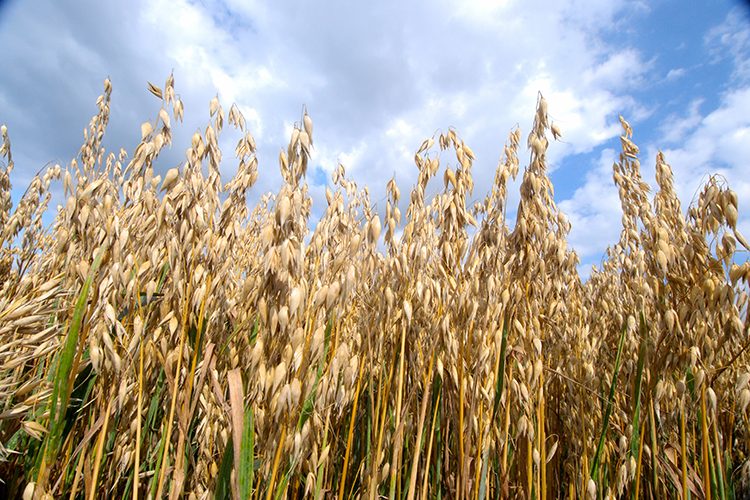 Could scientists have found a remedy for Victoria oat blight?

A multi-institution team has identified the genetic mechanisms that enable the production of a deadly toxin called Victorin – the cause of Victoria blight of oats, a disease that wiped out oat crops in the US in the 1940s.

Victoria blight is caused by the fungus Cochliobolus victoriae, which produces the Victorin toxin, but until now no one has uncovered the genes and mechanisms involved.

“The oat varieties favoured by farmers in the 1940s were resistant to Crown Rust disease, but scientists later discovered this was the very trait that made those oat varieties susceptible to Victoria blight because the Victorin toxin was targeting that specific plant protein,” said co-senior author Gillian Turgeon, professor and chair of the Plant Pathology and Plant-Microbe Biology Section of the School of Integrative Plant Science, in Cornell’s College of Agriculture and Life Sciences (CALS). “Unearthing the molecules involved in this fungus-plant interaction is fundamental to our understanding of how plants respond to attack by diverse microbes.”

Most fungal toxins are synthesised by large, multi-functional enzymes, and the small peptides created by these enzymes include both toxins and medicines, such as the antibiotic penicillin. But Turgeon and co-author Heng Chooi, a researcher at the University of Western Australia, discovered the Victorin toxin is actually synthesised directly in the ribosome, which is an organelle in cells that makes most proteins. These small molecules produced in ribosomes are known as ribosomally synthesised and post-translationally modified peptides (RiPPs).1

First author Simon Kessler, a doctoral student at the University of Western Australia, confirmed the enzymatic function of several Victorin genes, including a novel enzyme that converts the Victorin peptide to its active form. The research team found that the Victorin genes encoding these enzymes are scattered across repetitive regions in the pathogen genome. Whereas, the genes of most small molecules (that we know of) are typically found in compact clusters on the fungal chromosomes.

The finding could help researchers better understand the evolutionary origins of molecules like the Victorin peptides, what determines the virulence of emerging crop diseases, and how to better prevent them in the future.

Turgeon notes that Victorin peptides have also been shown to interact with targets in plant cells called thioredoxins, which are also found in humans and have potential as a site for cancer therapies.

“The discovery that these genes are not found in closely related fungi gives us insight into how virulence factors are acquired and transmitted,” Turgeon said. “Our findings from this study vastly expand the potential for small molecule discovery in fungal organisms, which will increase our repertoire of knowledge about both their beneficial and harmful activities.”