Court overturns EPA approval of herbicide due to “understated risk”

The Court found that EPA “refused to estimate the amount of dicamba damage” by characterising the herbicide’s damage as ‘potential’ and ‘alleged,’ while the record showed it as “substantial and undisputed.” 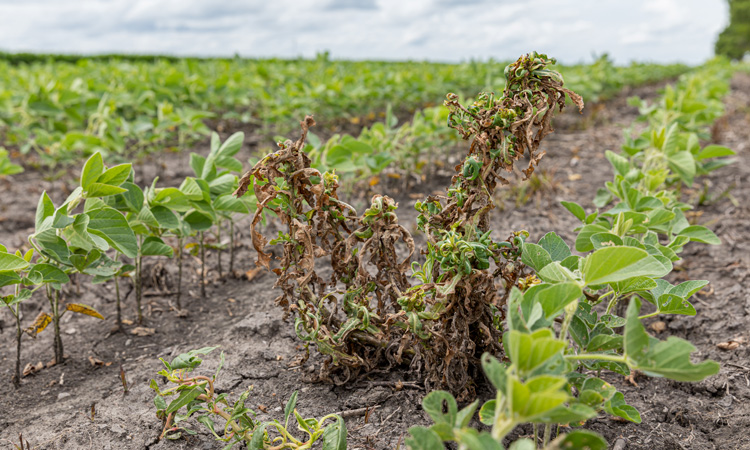 The US Court of Appeals for the Ninth Circuit has ruled in favour of farmers and conservationists in a dispute over the dicamba herbicide. The 56-page opinion held the Trump administration’s 2018 registration of the pesticide to be unlawful, and disallowed it. Over 25 million pounds of the dicamba was reportedly set to be sprayed this summer.

“Today’s decision is a massive win for farmers and the environment,” said George Kimbrell of the Center for Food Safety, lead counsel in the case. “It is good to be reminded that corporations like Monsanto and the Trump Administration cannot escape the rule of law, particularly at a time of crisis like this.”

The case involved three formulations of dicamba – Monsanto’s XtendiMax, Corteva’s FeXapan, and BASF’s Engenia – that the Environmental Protection Agency (EPA) first registered for the 2017 season for “new uses” on Monsanto’s genetically-engineered, dicamba-resistant soybeans and cotton. Though introduced in the 1960s, dicamba had reportedly been little-used due to its tendency to volatilise and drift, damaging neighbours’ crops.

According to the opinion, from 2017 to 2019 farmers reported thousands of dicamba drift episodes causing damage to millions of acres of soybeans as well as vegetables, fruit trees, gardens and residential trees.

In ruling the herbicide approval unlawful, the opinion cited “enormous and unprecedented damage” caused by dicamba that has “torn apart the social fabric of many farming communities.”

The judges also reportedly ruled that EPA had not addressed the costs imposed on soybean farmers who purchased dicamba-resistant seed solely to preserve their crops from dicamba drift damage.

“This is a massive victory that will protect people and wildlife from uses of a highly toxic pesticide that never should’ve been approved by the EPA,” said Lori Ann Burd, Director of the Center for Biological Diversity’s environmental health programme.

“Justice has finally prevailed,” commented Marcia Ishii-Eiteman, Senior Scientist at Pesticide Action Network. “EPA, Bayer and Corteva knew all along that the highly drift-prone herbicide, dicamba, would cause grave harm to farmers, their livelihoods, crops, surrounding rural communities and landscapes. Unfortunately, we have already seen three seasons of devastation that could have been avoided had EPA done its job.”

In response, an EPA spokesperson said: “EPA is currently reviewing the court decision and will move promptly to address the Court’s directive.”

“We are disappointed with the decision. The 2020 growing season is well underway and this creates undue burden for our first conservationists – farmers. EPA has been overwhelmed with letters and calls from farmers nationwide since the Court issued its opinion, and these testimonies cite the devastation of this decision on their crops and the threat to America’s food supply. The Court itself noted in this order that it will place a great hardship on America’s farmers. This ruling implicates millions of acres of crops, millions of dollars already spent by farmers, and the food and fiber Americans across the country rely on to feed their families.”

“EPA is assessing all avenues to mitigate the impact of the Court’s decision on farmers.”

US Secretary of Agriculture, Sonny Perdue, said: “Producers need all the tools in their toolbox to produce the world’s food, fuel, and fibre, and USDA re-affirms its support for EPA’s science-based process for assessing and managing ecological risks, balanced against the agricultural and societal benefits of crop protection tools. USDA stands ready to assist its federal partners in meeting that goal. Farmers across America have spent hard earned money on previously allowed crop protection tools. I encourage the EPA to use any available flexibilities to allow the continued use of already purchased dicamba products, which are a critical tool for American farmers to combat weeds resistant to many other herbicides, in fields that are already planted. Unfortunately, the Ninth Circuit has chosen to eliminate one of those tools.”