Government must focus on future of food security, warns NBA

The National Beef Association has called on the UK government to “take food security seriously” amid concerns that amendments to the Agriculture Bill do not protect or prioritise UK food standards. 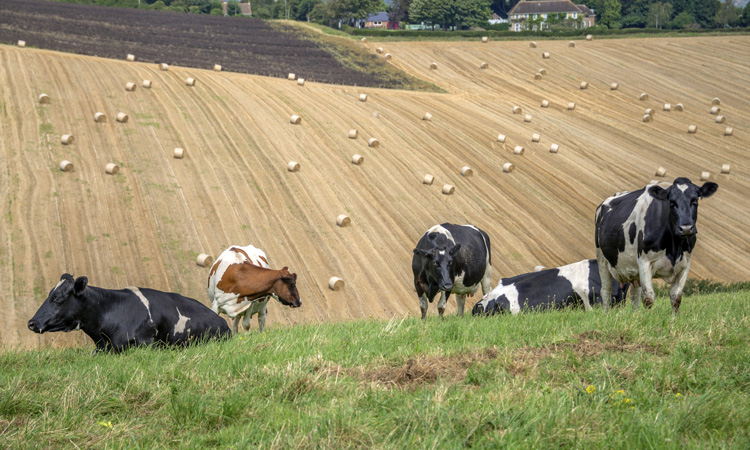 In an open letter to the Secretary of State for Environment, Food and Rural Affairs, George Eustice MP, the National Beef Association (NBA) has called on government to “take food security seriously”. The organisation has asked for the fast-tracking of an objective study, claiming that amendments to the Agriculture Bill to protect UK standards were not adopted, during its third reading.

The letter, sent to Eustice’s office by NBA interim CEO Neil Shand, called on the government to confirm that existing EU law, preventing food imports from inferior production processes and animal welfare, will be fully adopted into UK law, reducing the risk of hormone-treated beef imports.

The letter also suggested that the government is not taking food security as seriously as it should be, highlighting that food shortages are still being experienced in supermarkets.

Shand stated that 2,000 trucks a day come in from Europe to feed the UK, and in the scenario that borders were forced to close, shelves would be empty of the majority of fresh food in less than 10 days.

NBA urged that it is vital to implement strong and stable frameworks to protect Britain’s home producers, and that it has never been more important to support home-grown and home-produced food.

The letter also noted the provision within the new Agriculture Bill for a government-led survey to assess food security, asking for this objective baseline study to be carried out as the Bill is introduced, thus allowing the performance of the Bill to benchmarked at its first five-year analysis. The NBA stated that this would allow for any potential food security issues that may arise can be identified, and corrective measures can be taken at their infancy, rather than a further five years down the line.

The letter concluded by stating the NBA would welcome the opportunity to meet with Eustice to discuss the issues raised in this, and earlier letters, once the current crisis is stable.

There are also said to be concerns that future food standards will be sacrificed after an amendment to the Agriculture Bill guaranteeing a ban on food imports that are not produced to the standards required of farmers and processors in the UK was voted down in the Commons. This includes a potential trade deal with the US, which produces chlorinated chicken and hormone-treated beef – both of which are currently banned in the UK.

Professor Chris Elliott, Professor of food safety at Queen’s University Belfast, said: “The UK needs a total rethink of how it judges the importance of food security and how our indigenous industries need to be supported to grow. The US food production system is very different to the UK, where we try to tackle issues from the farm to the fork.

“Massive work has gone into better farm biosecurity and animal welfare. This has simply not happened in the US as they attempt to deal with any issues during the final stage of processing.”