Canada’s canola industry can breathe a sigh of relief 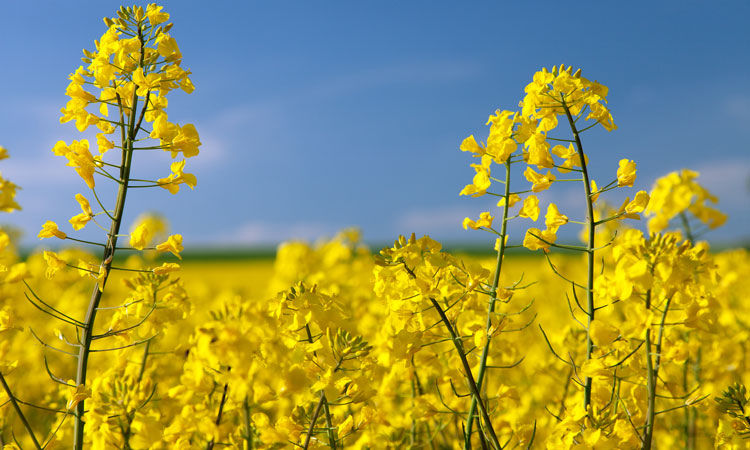 Transmitted by insects, especially the aster leafhopper, aster yellows (AY) outbreaks can cause severe production losses in huge numbers of crops, including many vegetables and cereals; one being canola. Canola – a variety of rapeseed that was specifically bred to be low in erucic acid, thus producing the much-prized canola oil – is a valuable crop for Canada, but the growing season in Western Canada is very short. Depending on the environmental conditions and number of infected leafhopper insects, AY can be transmitted to canola in less than 24 hours. The leafhoppers can then continue spreading the disease for the rest of their lives, which can be several weeks.

Given that canola is a billion-dollar industry for the region, the contraction and spread of AY requires careful monitoring and control. Until now, detection strategies have taken several days, allowing rapid transmission of the disease. However, scientists from Agriculture and Agri-Food Canada (AAFC) and the University of Saskatchewan in Saskatoon, Canada, have developed a rapid, simple laboratory and field-adaptable DNA extraction method that allows them to identify both plant pathogen and insect vector using molecular barcoding and gene sequencing. This novel method enables pathogen presence to be identified in under one hour from the time of insect collection.

“Using this methodology, we were able to go from DNA extraction to pathogen detection in less than one hour,” says lead author Karolina Pusz-Bochenska. “This rapid technique allows for same-day management decisions, essential to preventing the spread of insect-transmitted pathogens.”

To achieve this quick turnaround, Pusz-Bochenska and colleagues used DNA lysis paper to extract pathogen DNA, which they combined with the rapid-detection potential of the sensitive and field-adaptable loop-mediated isothermal amplification (LAMP) assay. According to Pusz-Bochenska, this combination was novel to the industry and has facilitated a huge step change in the ability to manage the disease.

“When the aster leafhoppers migrate into Canada in spring, they bring AY phytoplasmas that can cause devastating damage to canola crops, and we need a rapid-test to determine if these migrant leafhoppers are a threat or not. A rapid analysis of the leafhoppers allows us to estimate the infectivity of the population and forecast the risk to the crops, allowing the growers to make management decisions if the leafhoppers have arrived in their fields.”

Epigenetics: how the ‘dark matter of biology’ can fight plant diseases…

While this research focuses on agriculture, this technique has potential applications to horticulture as well as animal and human health. More details are available here: (link) “A Rapid, Simple, Laboratory and Field-Adaptable DNA Extraction and Diagnostic Method Suitable for Insect-Transmitted Plant Pathogen and Insect Identification,” which is freely available through the end of March.

These findings were published in Plant Health Progress.