The microbiome and the effect of antimicrobials in food production

Dr Helina Marshall discusses the far-reaching significance of the microbiome and highlights the impact of antimicrobials in food production. 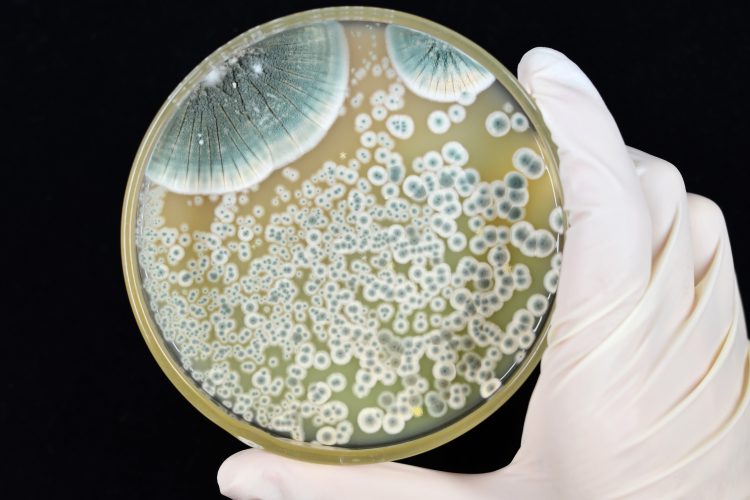 There are many trillions of microorganisms that live both on and inside every human and animal, and collectively they are known as the ‘microbiome’. As our knowledge of the microbiome increases, it seems that almost every aspect of how our bodies function is associated with it; from the role it plays in nutrition, to how it helps to control the immune system,1 and even how the gut microbiome may affect brain function.2

The term ‘microbiome’ was first coined in 2001 by the Nobel Laureate Joshua Lederberg, who described it as “The ecological community of commensal, symbiotic, and pathogenic microorganisms that literally share our body space and have been all but ignored as determinants of health and disease”. 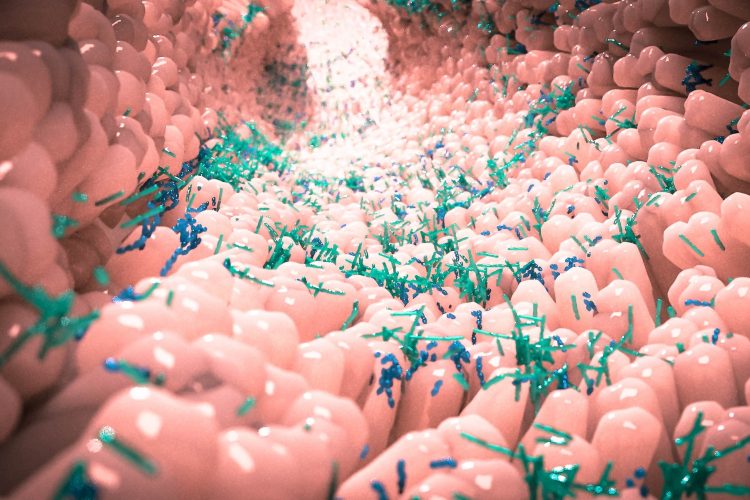 The food industry is becoming increasingly aware of the microbiome, often known as the ‘good bacteria’ that inhabit our intestines, and the idea that maintaining these bacteria and continuing to supplement our diet with probiotics will lead to a ‘healthy gut, healthy you’. For example, according to market reports, sales of probiotic yoghurt reached nearly $20 billion last year.

Microbiomes and the numerous roles they play are essential for life, whether it be helping to digest food or aiding our defence against pathogens. This is not only true of the human gut microbiome, but also the rumen of farm animals, soil and plants. As a result, research into this area has grown at a rapid pace, such that in 2017 there were approximately 4,000 papers published on the gut microbiome.3

The exponential increase in cost-effective DNA sequencing has enabled us to detect and determine the composition, and in many cases the function, of microbiomes throughout not only the human body but in plants and animals as well. Such research has linked many health conditions with dysbiosis – an unbalanced microbial composition. In fact, in 2019, the theme for ‘World Microbiome Day’ was ‘Antibiotic Resistance’, an initiative launched by APC Microbiome Ireland to introduce international microbiome researchers to the public and raise awareness of the diverse world of microbes. Since their discovery, antibiotics have saved people from life-threatening infections and there is a consensus that antimicrobials underpin the global security of human health.

However, antimicrobials are indiscriminative and also affect those beneficial bacteria that we harbour in our gut. Use of antimicrobials early in life is thought to have a lasting impact on the microbiome and its host as it develops. The composition of the human microbiome reflects the microbes that we have previously been exposed to, how our immune system reacted to that exposure and can chart the history of our exposures to antimicrobials, which can leave signature changes to our microbiome. Given that bacteria naturally adapt, having inevitably survived numerous environmental stresses over time, perhaps we should have expected the rise of antibiotic resistance. Indeed, Alexander Fleming himself predicted that misuse or even overuse of antibiotics could give rise to resistant bacteria: “The thoughtless person playing with penicillin treatment is morally responsible for the death of the man who succumbs to infection with the penicillin-resistant organism”.

As in humans, animal microbiomes have functional roles in important processes such as efficient nutrient uptake and metabolism. Dysbiosis can lead to poor health by way of developmental defects, metabolic diseases and increased susceptibility to infection. The World Health Organization (WHO) highlighted the importance of antimicrobial use in agriculture when they stated that they are: “Vital medicines for the treatment of bacterial infections in both humans and animals. Antimicrobials have also proved to be important for sustainable livestock production and for the control of animal infections that could be passed onto humans”. The surprising discovery that the use of antibiotics in animal foods could enhance growth led to many decades of antibiotic usage that has had a significant effect on food animal management practice.

The gastrointestinal tract of both humans and animals harbours what is considered to be the most densely populated microbial ecosystem on earth. This dense community, however, offers the opportunity for microbes to share genes with each other, including those for antimicrobial resistance. These genes can be passed from a resistant bacterium to a non-resistant bacterium in a process called horizontal gene transfer (HGT).

It is believed by some that the supplementation of animal feed with antibiotics has been a driving force in the evolution of some intestinal bacteria, increasing the prevalence and diversity of antimicrobial resistance.

After ingestion, antibiotics may only be partially broken down, leading to a large amount being excreted completely unaltered via urine and faeces, which then ends up in a wastewater treatment plant. Wastewater treatment is ultimately not designed to remove antibiotics and, therefore, following treatment, they are released straight back into the environment. Antibiotic-resistant bacteria can also be directly shed by livestock into the environment and combining this with the application of manure and sludge as fertiliser and the use of reclaimed water for irrigation, leads to wide-scale dissemination of antibiotic resistant bacteria. Again, these large communities of microbes are constantly sharing antimicrobial resistance genes via HGT. 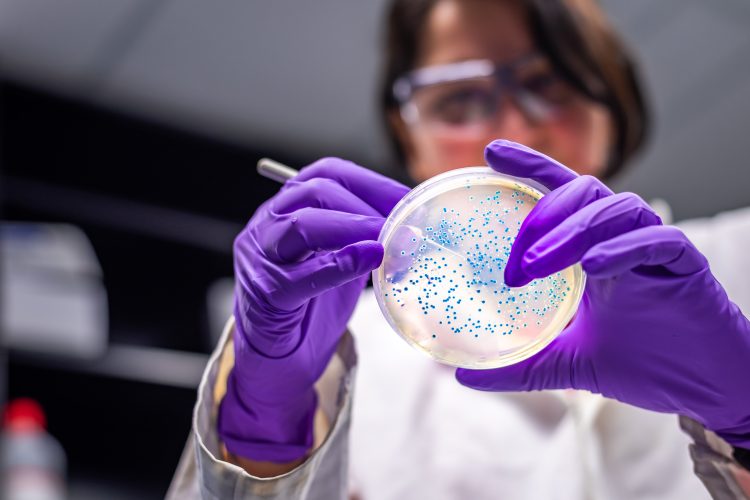 likely to worsen without intervention. It highlights the importance of wastewater treatment in the antimicrobial resistance cycle.4,5

Antimicrobial resistance genes are not only found in bacteria of human and animal origin but are commonly associated with those bacteria isolated from food of plant origin. It is estimated that the use of antibiotics for crops ranges from 0.2 to 0.4 percent of the total agricultural antibiotic consumption.6

The extent to which the use of antimicrobials in plant agriculture drives the emergence of resistant organisms is as yet unclear, although it is worth noting that some of the same drugs used in human and veterinary medicine are also important in the control of plant diseases (eg, streptomycin), and therefore, resistance developing in this capacity may indeed be clinically relevant.

There is also growing evidence that antimicrobial use in agriculture is not only driving the emergence of resistant bacteria, but also resistant fungi, which are increasingly being transmitted to humans from the environment.7,8

Antifungals are not only used to treat human infections but are also employed to tackle fungal infections in food crops, yeast and mould-related infections in livestock. The emergence of antifungal resistance will progressively leave us unable to defend crops against fungal pathogens, leading to losses in food production, which may have serious implications for food security.

The idea behind WHO’s ‘One Health’ concept is the recognition that the health of humans, animals and all ecosystems are interconnected. Antibiotics are altering diversity, which may lead to a large reservoir of resistance in the community, enabling antibiotics to enter a range of ecosystems from a variety of sources. We are running the risk of fundamentally altering the global microbiome and such perturbations have the potential to catastrophically impact global health through the increase in uncontrollable/untreatable infections.

As more consumers learn about the use of antimicrobials in food production, the full impact of antimicrobial resistance within the food chain, and better understand its impact on the microbiome, there will be greater pressure applied to Governments and food producers to respond. Political solutions might be limiting access to and trade of antimicrobials, further changes to prescription regulations, or the reduction of antimicrobial administration to livestock and improved animal husbandry practices.

Going forward we need to be good antimicrobial stewards and continue to protect the remaining antimicrobials we have. We must educate on the negative consequences of use and abuse of antimicrobials across all areas of health, the environment and agriculture. It can no longer be regarded as simply ‘farm to fork’, but ‘farm to flush’.

Dr Helina Marshall is a Research Fellow in Microbiology within The Institute for Global Food Security at Queen’s University, Belfast. Helina is also Early Career Microbiologists Executive Forum representative for publishing within the UK Microbiology Society. 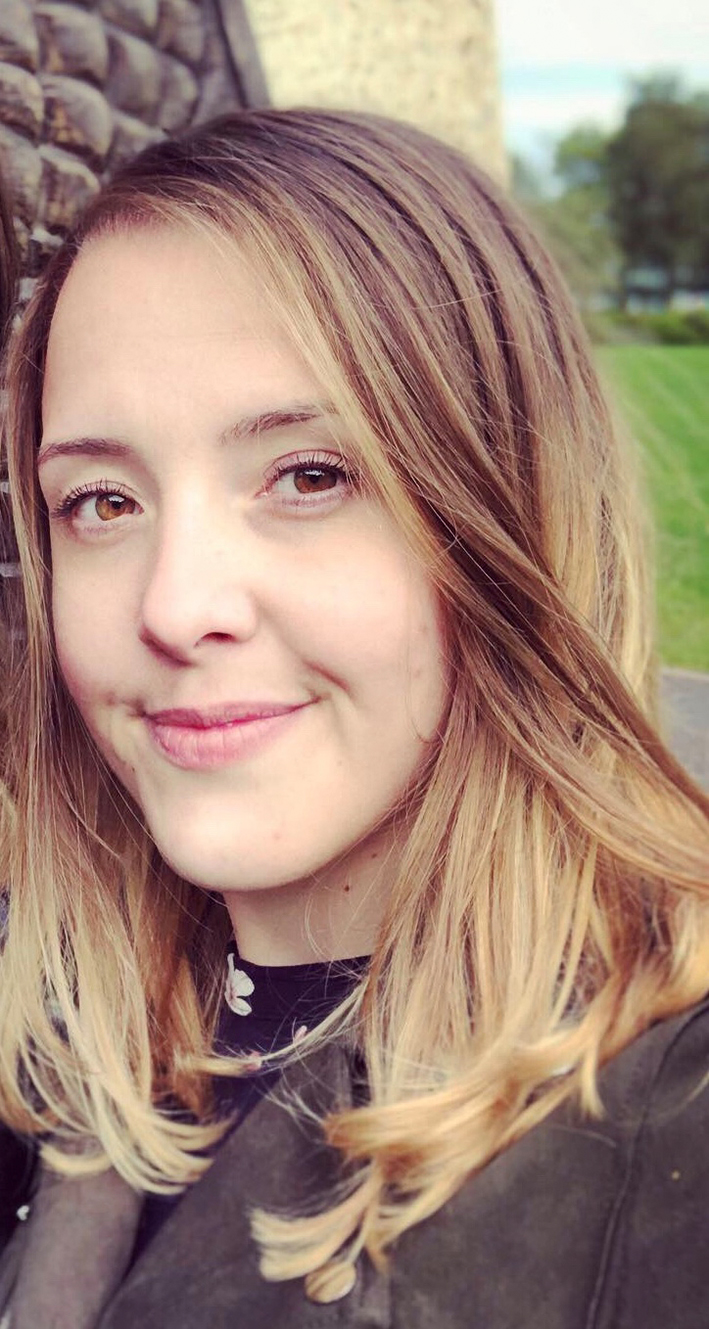