Unlocking additional value from soybeans via the circular economy

Okara (soybean pulp) and soy whey are by products of the manufacture of foodstuffs made from soybeans; typically, soymilk and tofu (soybean curd). Globally, over four million metric tons of okara are generated on an annual basis as a result of soymilk and tofu production. Associate Professor Shao-Quan Liu and colleagues from the National University of Singapore share insight into their research that has created useful applications for these otherwise wasted products. 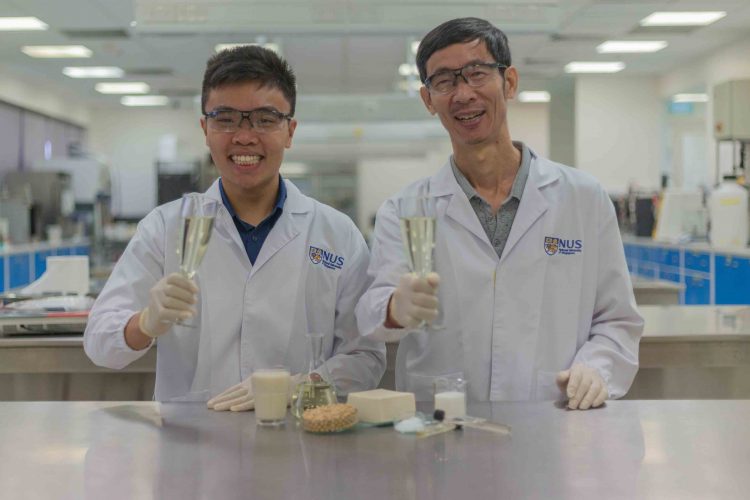 Okara is usually used as animal feed or as compost/fertiliser, and excess okara is simply disposed of. Soy whey, on the other hand, is produced in large quantities through tofu production and soy-protein isolate production, and this nutritious liquid side-stream is often disposed of via the sewage system, which can result in water pollution. Scientists from the National University of Singapore (NUS), however, have found ways to convert these two by-products into value-added consumer products using zero-waste biotransformation.

Okara can be transformed into a food ingredient with improved functionality, as well as a probiotic beverage, while soy whey can be fermented into a first-of-its-kind alcoholic beverage with a Japanese sake-like flavour profile. As such, more value can be unlocked from the same amount of soybeans used to manufacture soymilk and tofu, thereby contributing to the creation of a resource-efficient, circular economy in the food industry.

Soybeans and their derivative food products

By-products of soymilk and tofu production

In the soybean products industry, soymilk and tofu are two of the most common products found in supermarkets. During the production of soymilk, soaked soybeans and water are blended together before being ground and filtered, and this process generates soybean pulp – commonly known as okara – as a by product. It is estimated that more than four million metric tons of okara are produced every year, with China generating more than 50 percent of the global okara output, and Japan producing approximately 20 percent. Currently, okara is commonly used as compost or animal feed, and excess okara is disposed of as waste.

To produce tofu, soymilk is brought to a boil, and a coagulant (either singly or in combination) is added, which results in the formation of a gel-like structure (soybean curd – Figure 1). The soybean curds are subjected to various degrees of pressing to form the different types of tofu that are available to consumers (Figure 1). 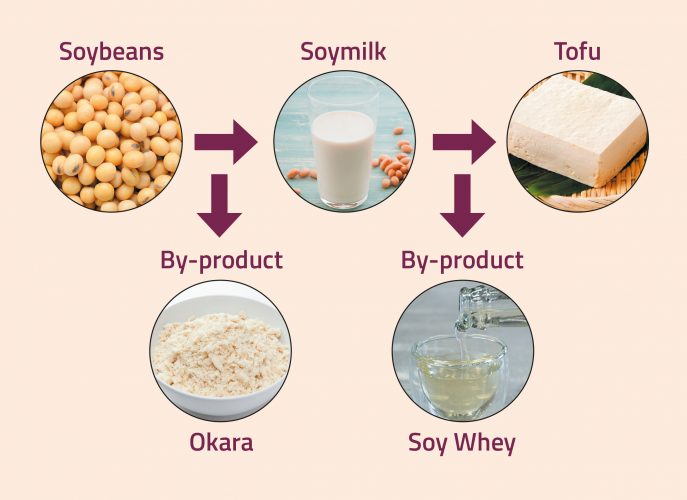 Figure 1: A simplified illustration of soymilk and tofu production

During the pressing process, soy (tofu) whey is generated, which is also disposed of, usually into the sewage system. As okara and soy whey both contain substantial amounts of nutrients, such as protein and isoflavones, scientists have thus conducted research into utilising these two by-products.

Existing technologies for utilisation of okara and soy whey

Okara may be dried for use as an ingredient in baked products. However, as it has high moisture levels, the corresponding high costs of drying may not be justified, especially if the dried okara is used in products with low profit margins.

Okara is also susceptible to putrefaction; so it must be refrigerated, frozen or dried within hours of production if further use is desired. Moreover, the high levels of insoluble dietary fibre in okara give a gritty mouthfeel, while its particulate nature makes it hard to bind together. These features limit the amount of okara that can be incorporated into food products, as adding too much will produce a food product with an undesirable, crumbly and fragile texture. For this reason, okara is usually used as compost or animal feed, or disposed of; however none of these approaches realise or recover the true value of okara. While the extraction of soy protein and/or dietary fibre (largely insoluble) from okara is possible, the spent cake constitutes yet another waste stream.

The nutrients present in soy whey can be extracted for various applications (eg, for use as functional food additives, albeit with low yield and high cost) and the remaining liquid substrate disposed of. Soy whey contains sufficient levels of nutrients to support the growth of microorganisms, and various research outcomes have shown that it can be used as a medium to cultivate beneficial microorganisms, such as fungi and bacteria. Some of these microorganisms are cultivated for the bioproduction of materials such as nisin (a natural antimicrobial compound), citric acid and biohydrogen. However, most of the processes involved still generate significant amounts of waste product – in fact, the number of technologies that are capable of utilising the entirety of soy whey is very limited.

Bioprocessing these soy-based byproducts using enzymes and microorganisms is one way of adding value and returning them to the food chain (Figure 2). 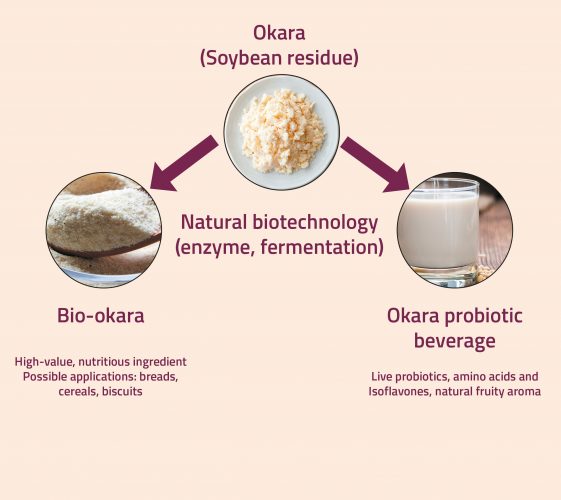 Figure 2: Possible food products that can be derived from bioprocessed okara

Rhizopus oligosporus is a fungus typically used to ferment whole soybeans to make tempeh, a type of traditional Indonesian food. Tempeh is well loved by vegetarians and vegans for its chewy texture and slightly meaty taste. Researchers from the Food Science and Technology Programme of the National University of Singapore (NUS) have fermented okara with the same fungus and a yeast, Yarrowia lipolytica. The final product obtained from this fermentation, called ‘bio-okara’, has an even stronger meaty, cheese-like taste, and contains a higher amount of dietary fibre than soybean tempeh. Moreover, bio-okara contains only one-third of the amount of insoluble dietary fibre of okara, as well as a higher amount of isoflavone aglycones, which are more easily absorbed by humans. The dried bio-okara is therefore an improved functional ingredient that can be added to baked goods, cereals and meatballs, to enhance their taste and nutrition without adversely affecting their textures. The team is currently exploring various applications and investigating possible clinical benefits of this functional ingredient.

Alternatively, okara can also be used to create a first-of-its-kind co-cultured probiotic beverage, using a commercial probiotic Lactobacillus paracasei LAFTI L26, and Lindnera saturnus yeast. This patented beverage product contains live probiotics (at least 100 billion per serving), dietary fibre, as well as double the amount of free amino acids and isoflavone aglycones compared to untreated okara. These nutrients are documented to support gut health, digestion, cardiovascular health and are easily absorbed by the human body. The natural fruity aroma and refreshing sour taste of this drink is a product of the selected mix of probiotic and yeast. Probiotic viability is also enhanced by the use of co-cultures; this drink can be stored at ambient temperatures for up to eight weeks, while still maintaining an adequate amount of live probiotics (more than one billion per serving). In contrast, most of the current commercial probiotic beverages, such as yoghurts and cultured milk drinks, are of dairy origin and require cold chain distribution, and cannot withstand temperature abuse. Furthermore, this vegan-friendly probiotic drink is produced in a streamlined process within 24 hours or less. Such features appeal not only to consumers and food companies, but also environmentalists, as the okara is utilised in its entirety with no waste produced.

No research has thus far been carried out to explore the feasibility of converting soy whey into an alcoholic beverage. Researchers from NUS undertook experiments to bridge this research gap, and they have subsequently developed a patented fermentation technology that is capable of turning the entirety of soy whey into a first-of-its-kind alcoholic beverage. The resulting soy alcoholic beverage contains seven per cent alcohol-by-volume (ABV), and has a flavour profile similar to Moscato and Japanese sake, which was achieved without the use of any flavour additives. The fermentation technique is also versatile, in that it can be modified to produce a 14 percent ABV soy alcoholic beverage with a profile 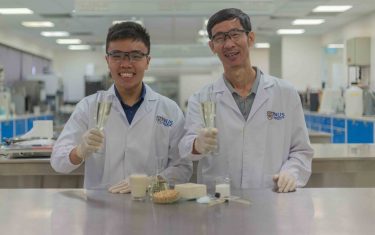 similar to that of white wine. During the fermentation process, the isoflavones present in the soy whey are modified into forms that are easily absorbed by the human body when consumed. This fermentation technique creates a new, zero-waste method of utilising a low-cost by-product, where it can be converted into value added consumer beverage products. This new category of alcoholic beverage has been named Sachi, which in the Japanese language refers to the ‘blossoming of wisdom’.

The novel methods developed by the scientists at NUS to utilise okara and soy whey have created new opportunities for soymilk and tofu producers to utilise their by-products. By using these by-products, additional value can be extracted from the same amount of soybeans presently used to manufacture soymilk and tofu, thereby contributing towards the creation of a resource-efficient, circular economy in the soymilk and tofu manufacturing industries. The development of these technologies can serve as a stepping stone for the creation of new food products from other food processing by-product.

ASSOCIATE PROFESSOR SHAO-QUAN LIU began his research in wine at Massey University (New Zealand), and has over 10 years of industrial research experience with Fonterra Research Centre. Since joining the National University of Singapore in 2008, his research has diversified into probiotic products, tropical fruit wines, novel beers, coffee and tea. Beyond okara and soy whey, he is exploiting the potential of coffee grounds, meat, fish and other food by-products with biocatalysts for their creative valorisation.

JIAN-YONG CHUA is a PhD student under the guidance of Associate Professor Shao‑Quan Liu, from the National University of Singapore’s (NUS) Food Science and Technology Programme. Chua’s research focus is on the biotransformation of soy (tofu) whey, a by-product of tofu manufacturing, into value-added consumer products.

WENG CHAN VONG is a PhD graduate from the Food Science and Technology Programme, National University of Singapore. She researched the bioprocessing of okara for flavour and nutritional improvement in her postgraduate studies. He interest lies in applying unique combinations of microbes in alternative substrates to create innovative food products.

Thank you for visiting our website. To access this content in full you'll need to login. It's completely free to subscribe, and in less than a minute you can continue reading. If you've already subscribed, great - just login.